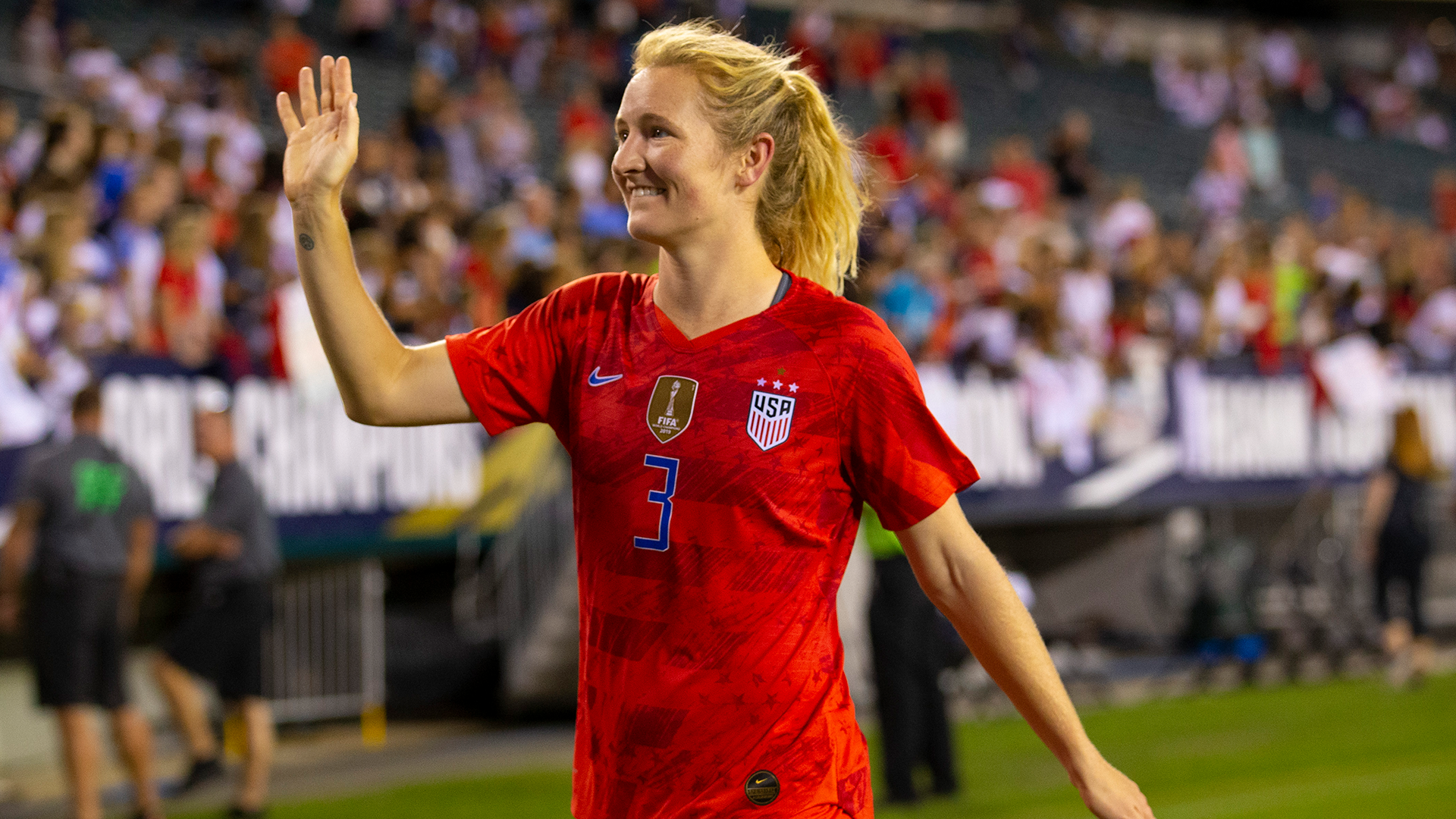 The 27-year-old, who started six of the USWNT’s seven games in their 2019 World Cup triumph in France, joins the club from the North Carolina Courage of the National Women’s Soccer League (NWSL).

“I’m so happy to have everything sorted,” Mewis said upon announcement.

“The opportunity came along at a really great time – as soon as I heard about the chance of coming to play for Manchester City, I was immediately interested.

“The club is one of the best in the world and I’ve heard such good things about the women’s side as a whole and the incredible facilities. I’ve followed the men’s team too for a long time.

“This is a really cool, unique and amazing opportunity in my career and I’m so excited to come and see Manchester as a city, be a part of this incredible club and hopefully help the team achieve their goals.”

“As well as being a World Cup winner, she will bring a wealth of experience and quality to our squad and I’m really pleased that she feels she can fulfil her ambitions with us.

“She will also be a fantastic addition to the Barclays FA Women’s Super League (WSL) as a whole and we can’t wait to see her pull on a blue shirt for the first time.”

Mewis has been with the Courage since January 2017, winning three NWSL Shields and two NWSL Championships in that time.

However, the coronavirus pandemic forced the NWSL to a condensed, cup competition this year, lasting a month compared to its usual seven or eight-month season.

That competition, the NWSL Challenge Cup, ended on July 26, leaving players in the league facing a potential eight-month spell until the 2021 NWSL season commences.

“[Mewis] wanted my blessing to go, and I gave her my blessing because I think it’s important for her,” Paul Riley, head coach of the North Carolina Courage, told WRALSportsFan of the move.

“The fans might be disappointed because she could miss a couple of months of the [NWSL] season, but if you get a better player out of it, then it’s worth what she’s doing.

“We’ll survive, we’ll continue to grow the club, and wait for a better Sam to come back. I would almost make one guarantee: that she has not played her last game for North Carolina.”

While the contract length has not been revealed by City, Riley also added: “If she decides come April or May that she wants to come back [to the Courage], then Sam will come back before the [WSL] season finishes.”

Mewis will wear the number 22 shirt in Manchester and could make her competitive debut for the club when they travel to Aston Villa on the opening day of the new season, a game to be played on September 5 or 6.

The American is City’s second signing of the summer, following the arrival of young England forward Chloe Kelly, who joined the club from Everton earlier this summer.