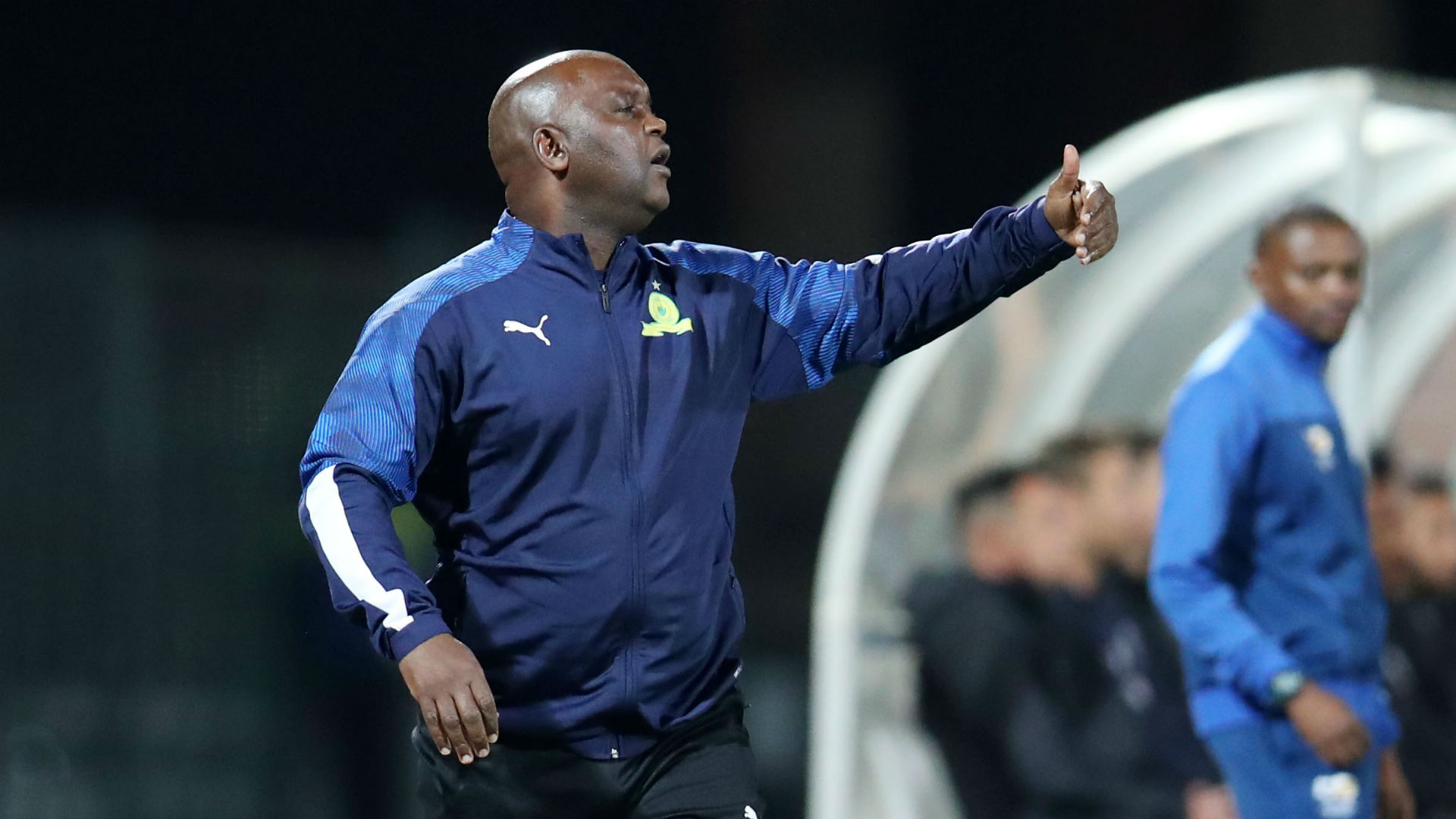 The Masandawana manager speaks about the sale of the Clever Boys, but hopes they will come back

‘Jingles’ also said he hopes the Clever Boys will bounce back to the top-flight, drawing comparisons with Rangers in Scotland, adding that the Braamfontein-based club has good development structures.

On the other hand, Mosimane spoke of how he used to throw some humour in their rivalry with coach Gavin Hunt’s troops and that the four-time Premier Soccer League (PSL) winners deserve the credit.

“It’s very sad to lose Wits, it’s a team that has a big history, big culture and they’re 97 years [99 years], I don’t know whatever it is,” Mosimane told the media.

“You don’t want to lose a team like this, I used to jab them. I always say they have won one trophy in 100 years you know. Just to put humour on it, but what a good team, a strong team they’ve won cups.

“I mean Gavin needs the credit as a coach and I think the coach will struggle to get a club.”

The reigning PSL Coach of the Season also took a look at Bafana Bafana legend Lucas Radebe’s former club Leeds United, saying they were absent from the Premier League for many years but they never changed the name.

“It’s sad to see them go but business is business, unfortunately in Europe names remain but in South Africa, we change the name,” he added.

“We see Leeds United coming back after 20 years [16 years], I don’t know how many years but the name remains. So, it’s very sad to see Wits going but the youth is still there.

“Probably they have a plan, they can come back. Yes, Rangers was relegated and that’s [Bongani] Zungu’s team but they came back and they are in the Scottish Premiership now.

“So, Wits juniors can come up again and build a team, they have a strong youth structure. So, we wish they can come back.”

Just after their hard-fought 3-2 win over the Clever Boys at Orlando Stadium on Saturday evening in the Nedbank Cup, the Brazilians will face Bloemfontein Celtic in the final in September.

On the other hand, they are now turning their focus to a mouth-watering clash against Orlando Pirates whom they meet on Tuesday night in the league.


Source link
2020-08-09
admin
Share
Previous Video: Gattuso bewildered Barcelona opener allowed to stand
Next 'It's been a pleasure & an honour' – Pedro bids farewell to Chelsea ahead of expected Roma move