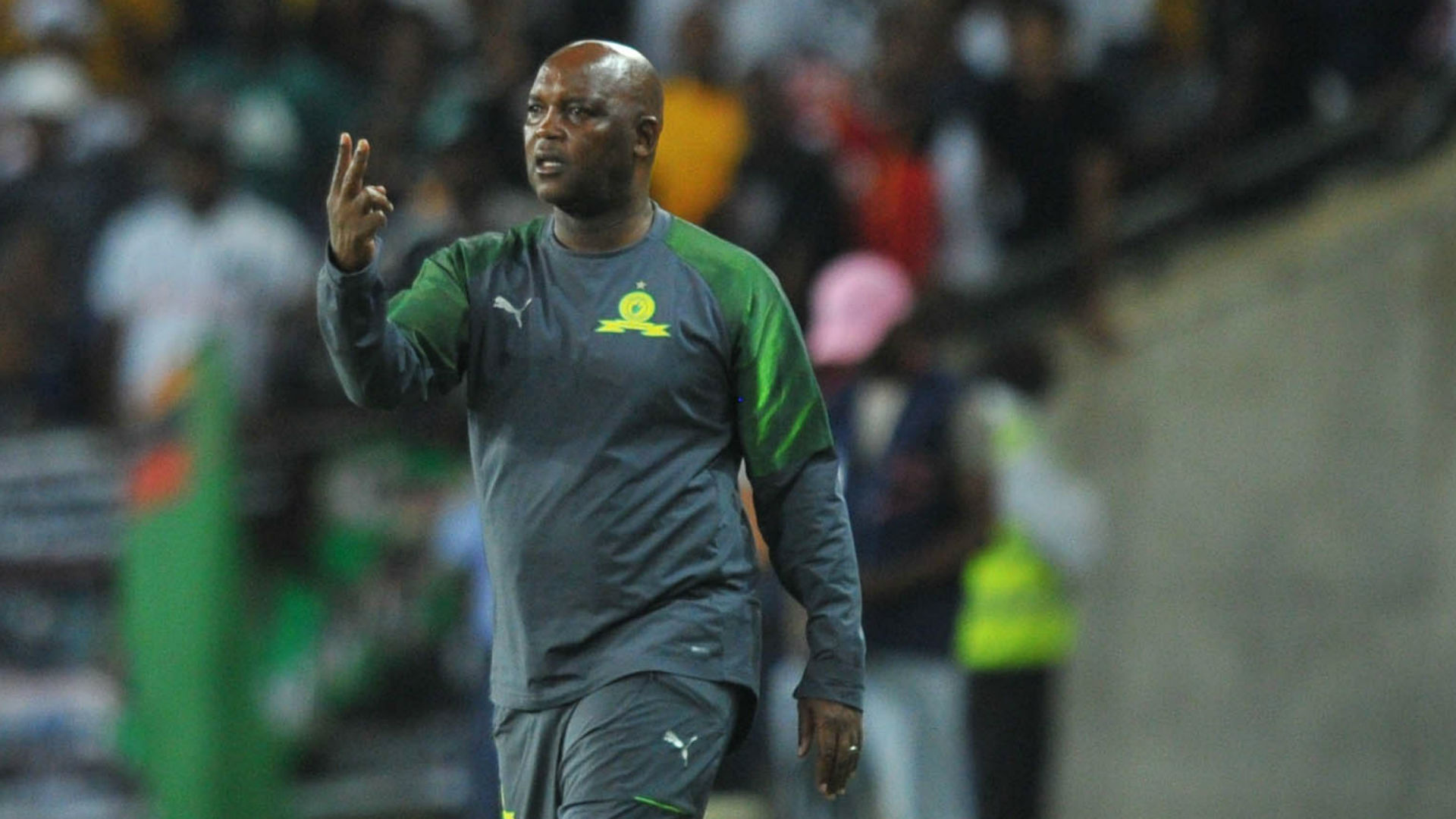 The Brazilians resumed their PSL campaign with a 0-0 draw against the Buccaneers at Dobsonville Stadium and the result saw Sundowns remain second on the league standings – three points behind leaders Kaizer Chiefs.

However, Mosimane admitted that it was a game of two halves with his side having dominated the first half, before Pirates took control of the match after the restart.

“Yes, a game of two halves for us, we were much better in the first-half, second-half we have to give it to Orlando Pirates, let’s be honest and they missed two chances, to be honest. Okay, we had one [chance] but not really convincing,” Mosimane told SuperSport TV.

“The second-half they took it, you could see they were much stronger, much fresher than us in the second half. We survived a bit, Mosa [Lebusa] calf [injury], you know. But it’s okay, it’s a good point, we’ll take a point. We’re playing Orlando Pirates remember?”

Mosimane, who is looking to guide Sundowns to their third successive PSL title this season, explained that he had to introduce Jose Ali Meza and Andile Jali in the second half because Pirates were dominating the midfield.

“We put Ali [Meza] there to put more fresh legs, I think Keletso [Makgalwa] ran enough, ‘Mshishi’ [Themba Zwane] also, we put Andile [Jali] to help us in midfield because we could see that they were going through, to make sure that we strengthen the midfield because we had a problem there,” he added.

“They were going through and I played a three-man midfield. But it’s football, we’re going for the long haul, it’s a good point, don’t undermine a point against Orlando Pirates. It’s a big point, two tough games, [Bidvest] Wits and Orlando Pirates. Yes, not bad. It’s still a long haul, we’re still going,” he said.

Despite the draw, Bucs moved up to the third place on the league standings and Zinnbauer was left to rue his side’s missed chances with the likes of Paseka Mako and Fortune Makaringe having failed to convert their goalscoring opportunities.

“First time, you could see it’s [been] a long time since we last played but we came more and more in the game. In the first half, a 0-0 was okay. The second half was much better, we had chances to win the game but Sundowns always had a chance,” Zinnbauer told SuperSport TV.

“It was a very difficult game for us, top players against us. Yes, at the end of the time we hit the post, with a little luck you win the game. I’m not 100 percent unhappy, I’m not 100 percent [feeling] bad. We have the next game in three days, that’s the focus now.”

Pirates were without Thembinkosi Lorch and Justin Shonga as the two attackers are facing disciplinary action after they were found to have breached the team’s protocols and Zinnbauer explained that the decision was taken by the technical team.

“It was a decision from us, the staff, from the coaches. We have to see the next game, we need a lot of players. You know this difficult time, after three days you have a game, we need the whole squad, so yes all the players have a chance,” he concluded.

Pirates’ next match will be against Bidvest Wits at Ellis Park Stadium on Saturday, while Sundowns are set to take on Highlands Park on Friday.