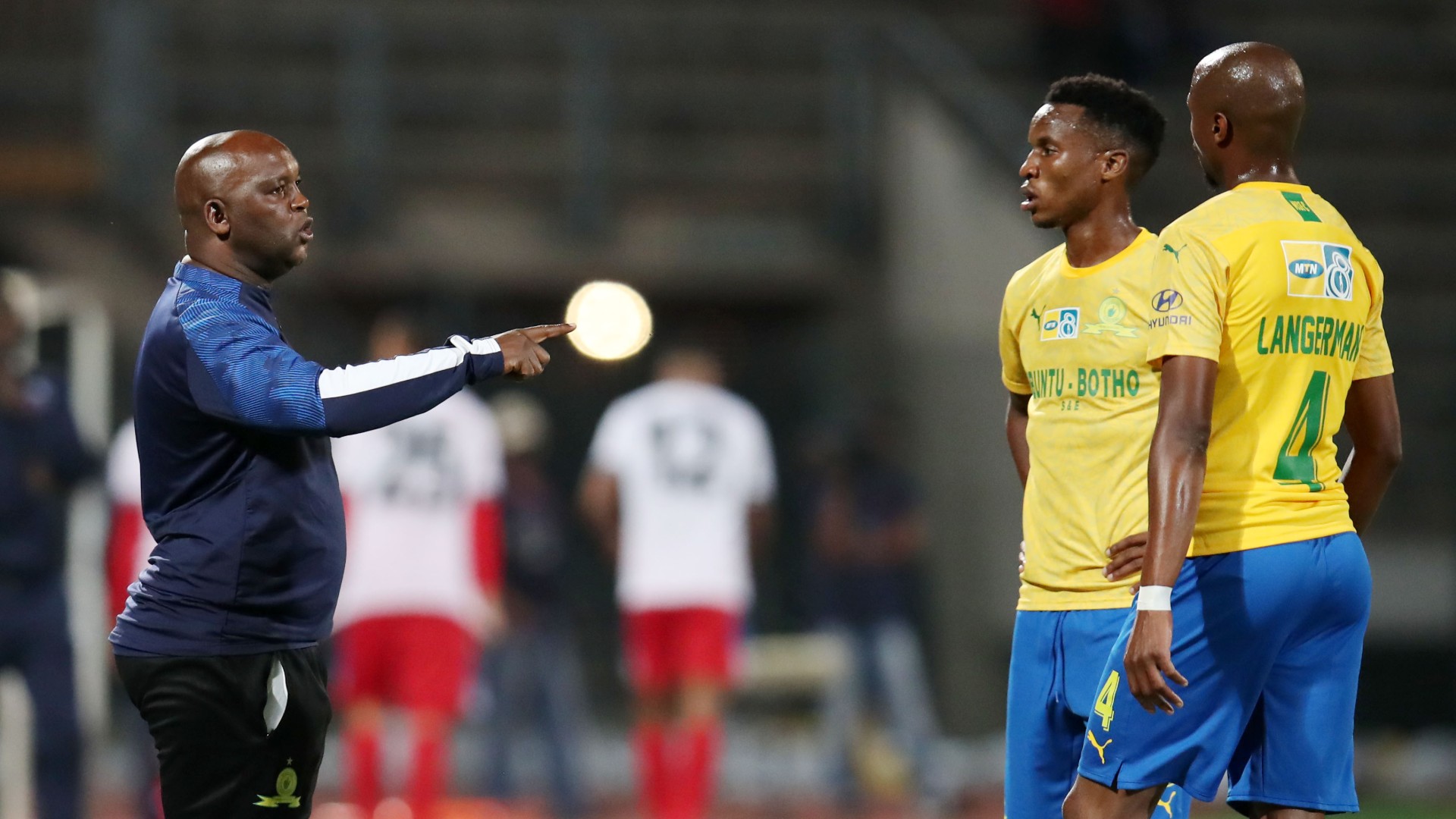 Mamelodi Sundowns coach Pitso Mosimane has admitted that his side was not at their best after the resumption of football in South Africa but says being accustomed to playing demanding fixtures within a short space of time carried them through to the champions podium.

After trailing Chiefs for the better part of the season and at one being 13 points behind, Downs performed a remarkable comeback to bag a third-straight league championship while Mosimane completed a personal milestone of a record five league crowns.

Prior to snatching the title away from Chiefs, who appeared to have it in their grasp, Sundowns had pipped Orlando Pirates for league honours in the previous two seasons.

“Being in the bubble was a completely new experience for everyone,” Mosimane told Sowetan Live.

“But I believed we could do it after we caught up with Chiefs’ points tally. Once we were set to play the final two matches at the same time, on the same day, I thought we had the edge.

“I watched Liverpool lose games they would normally have won before the lockdown. They were helped by the fact that they had accumulated more points [to win the English Premiership].

“Barcelona were top [before lockdown] of La Liga, but they struggled too. Real Madrid came through. We also couldn’t get going in the first few matches, and that applies to everyone. Chiefs suffered injuries and suspensions. They lost [Leo] Castro and [Daniel] Akpeyi.

“We also lost Denis Onyango and Andile Jali. [Ricardo] Nascimento was red-carded. Gaston Sirino missed the first two games because of suspension. But in the end our experience pulled [us] through. We know how to play back-to-back games… how to manage the load. That, in the end, was the main difference.”

Before the season resumed, Sundowns confirmed five coronavirus cases while Chiefs announced two and Mosimane admits that training without the affected players was a drawback.

The Downs tactician admitted his side was never the same after football restarted as they won four league matches, drew two and lost as many in the bio-bubble.

“We did have a few cases and it was difficult because a player falls off and can’t train for some weeks. You have to wait for him to return a negative test,” said Mosimane.

“We were bad in the beginning but once we got going, we were able to turn it around. Chiefs struggled even when they had more rest days, so I suspected something would happen in the end. I don’t know what their preparation is like, but we know how to play when mentally tired. We can play every three days.”

Sundowns now shift focus to facing Bloemfontein Celtic in the final of the Nedbank Cup on Saturday as they push to end the season with a treble, after also winning the Telkom Knockout earlier this term.