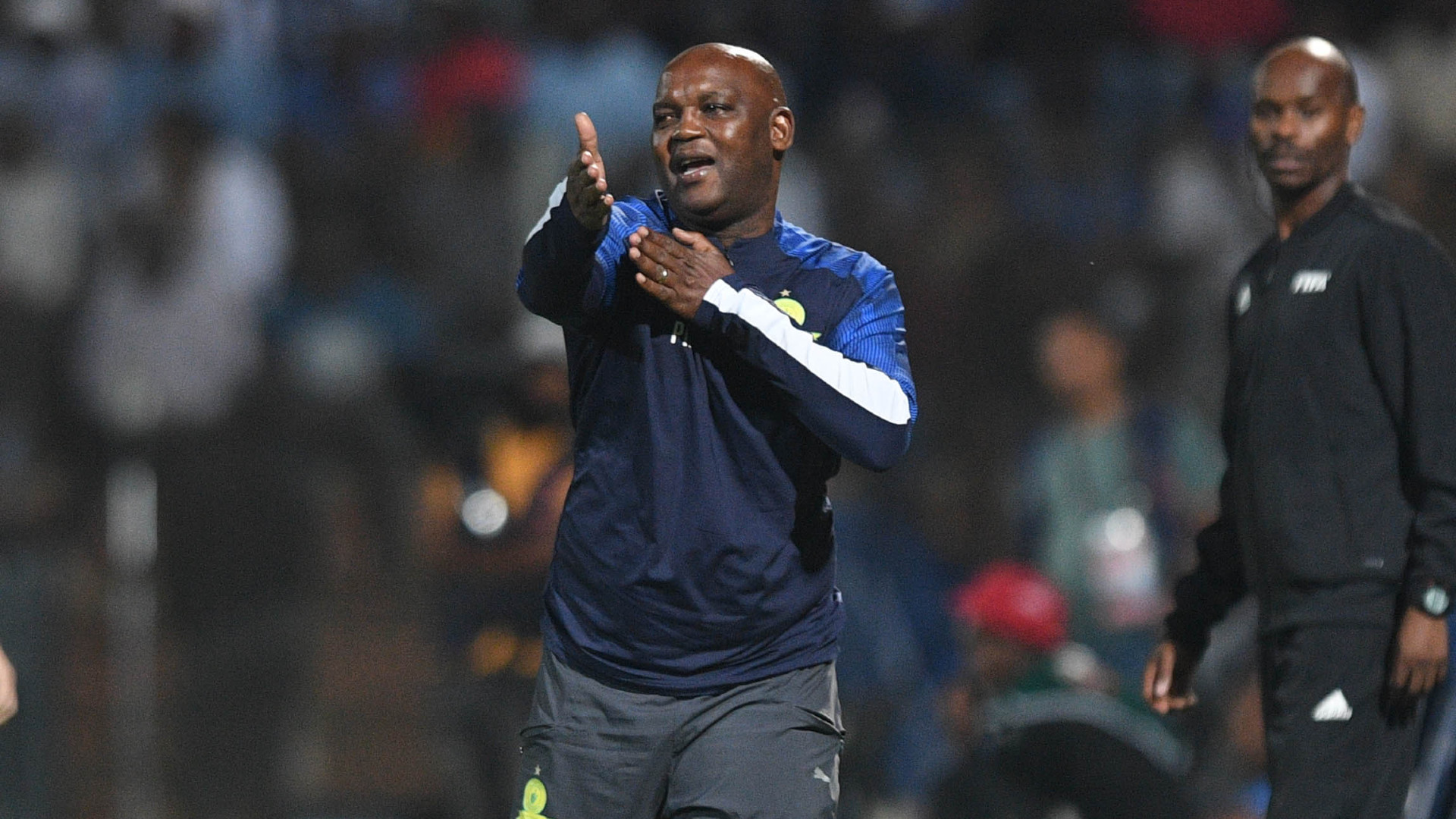 Mamelodi Sundowns coach Pitso Mosimane was left to lament their poor display in a 1-1 draw in the Premier Soccer League (PSL) against Highlands Park on Friday evening, admitting they are struggling to play their normal game.

After facing the hard-running Lions of the North at Dobsonville Stadium, the Brazilians failed to close the gap on log leaders Kaizer Chiefs who lead with 49 points, while the Tshwane giants have 46 points from 23 matches.

Moreover, his counterpart Owen Da Gama hailed his troops for their gutsy display, saying he will have a peaceful sleep, and that goalscorer Peter Shalulile is the top striker in the PSL by far.

“I’m not happy, yeah we were just killed by that early goal and in the first half we moved the ball well. We didn’t play enough but in stages of the game and I feel we could have played enough,” Mosimane told SuperSport TV.

“There was too much anxiety, too much anxiousness you know to try and score. The first-half was okay, we played better and you could see it coming.

“Yeah well, we should not go to [Motjeka] Madisha all the time, if we go to Madisha, he made a brilliant tackle here on Paseka Mako. He made another clearance against Orlando Pirates and no one was picking, why [must we] pick on Madisha again – we can’t destroy the player.

“We are trying to put the best playing team or players in the team, to try and play. It came up a little bit in the first half, second – half we struggled a little bit.

“I think we must seal the game earlier, like [Bidvest] Wits we finished well but for the last two games, it’s been tough. It’s difficult, we are trying. We want to play the way we always play with Themba Zwane but it didn’t come out. So, we move on what are we going to do?”

On the part of the hosts, Da Gama hailed his troops for their hard work, saying they vowed they would not lose to the reigning PSL champions for the third time this season.

“I’m so proud of the boys, it is our second season in the PSL and the very first-time Sundowns beat us in the last minute and again in the last game – we said it’s not going to happen again,” Da Gama told SuperSport TV.

“If we can’t win the game, we are certainly happy with a point. These are champions in the making, they are fighting for the league and I’m very happy, proud of the boys and they were exceptional.

“They fought and there were times I thought we could have taken the game, we don’t want to talk about the match officials. Let’s give the credit to the boys, I thought they played very well, they fought hard.

“Peter Shalulile, [he’s] the best striker in the PSL by far. I mean he was controlling that entire defence alone. Aerial balls and on the ground.

“So, I’m very proud of each and every player, the technical team as well. In the second half when we came back, we came back much stronger. We fixed up in the middle and we were stronger.

“Shalulile has been scoring at training, he’s been scoring in friendly matches from the beginning of the season and proved it in the NFD (National First Division), he’s proved in the second season in the PSL.”