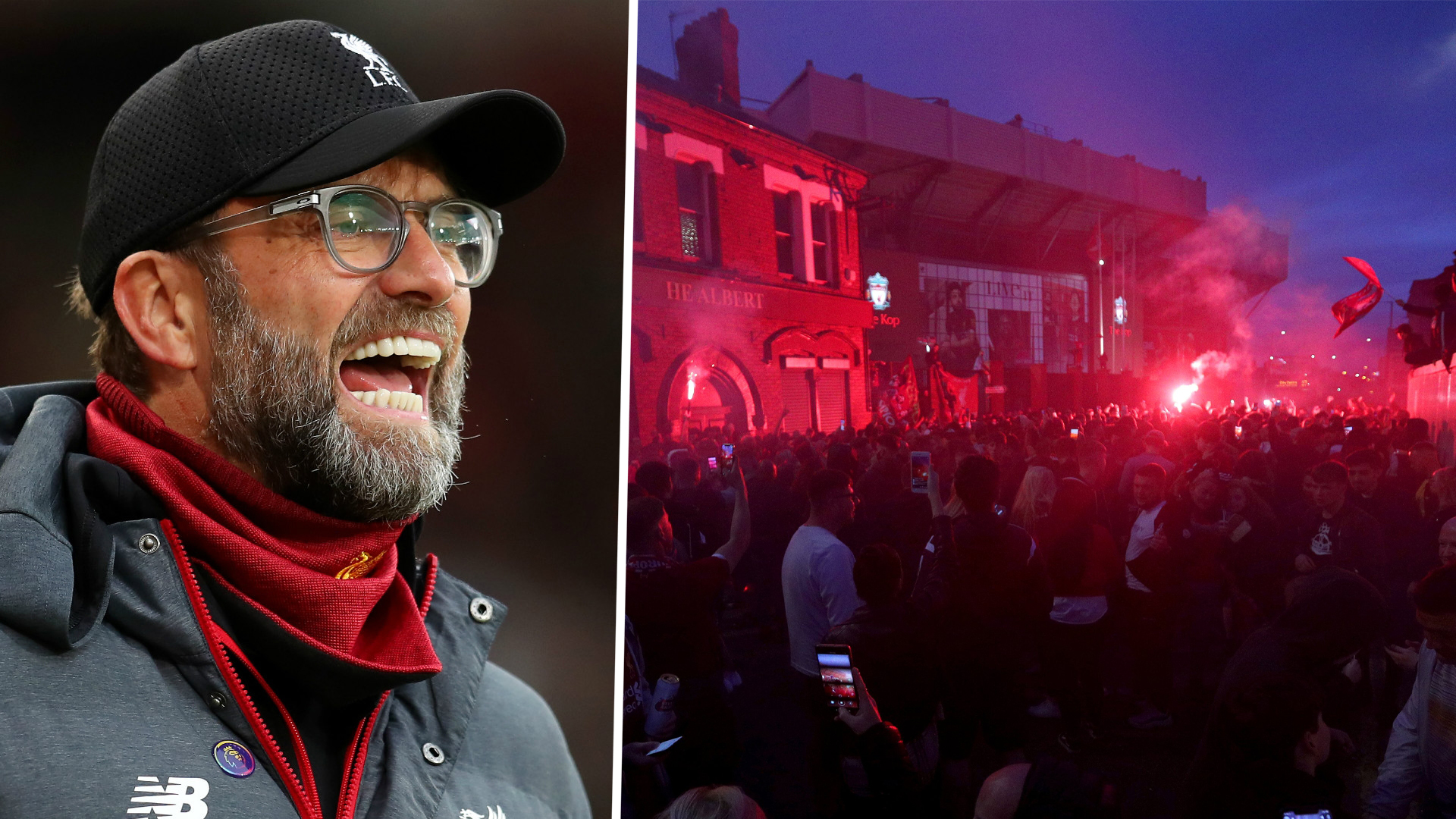 Supporters had been asked to celebrate the victory safely at home but around 3,000 gathered at the stadium as the trophy was lifted

Liverpool have condemned fans who ignored calls from the club to celebrate their Premier League title win at home.

According to Merseyside Police, around 3,000 fans gathered around Anfield as Jurgen Klopp’s side finally got their hands on the Premier League trophy following their 5-3 win over Chelsea.

Nine people were arrested, though a police statement added that there wasn’t a repeat of the disorder and damage which followed the club’s title win last month.

Both the football club and local authorities had made clear they did not want to see large groups of fans gathering to celebrate, with the United Kingdom’s coronavirus death toll still rising towards the 50,000 mark.

A statement from Liverpool on Thursday read: “Liverpool Football Club would like to thank those supporters who stayed at home to celebrate the team lifting the trophy last night, protecting their loved ones and our city from the ever-present threat of this pandemic.

“We are, however, disappointed with the scenes outside Anfield last night and that more supporters did not heed the celebrate at home advice.

“The club and our city partners Merseyside Police, Liverpool City Council and Spirit of Shankly, have worked in-step for the past eight weeks to consistently encourage fans to support the team from home and we would like to thank them for their continued support and collaboration in the lead-up and throughout football returning behind closed doors.

“Thanks should also go to those from CleanEvent and Liverpool Streetscene Services, who did incredible work this morning cleaning up Anfield and surrounding areas.

“As we have said before, when it is safe to do so we will celebrate, until then protecting our city is the priority.”

Speaking after Thursday’s game, Klopp affirmed he has every intention of marking the title win properly once it is less dangerous to public health.

“We should all celebrate,” Klopp told Sky Sports. “Drink what you want but you have to prepare for a party when this bullsh*t virus is gone. Then we will have a party all together. Make sure you are ready then.”

Liverpool lifted the Premier League trophy following their final home game of the season, having won the English top flight for the first time in 30 years.