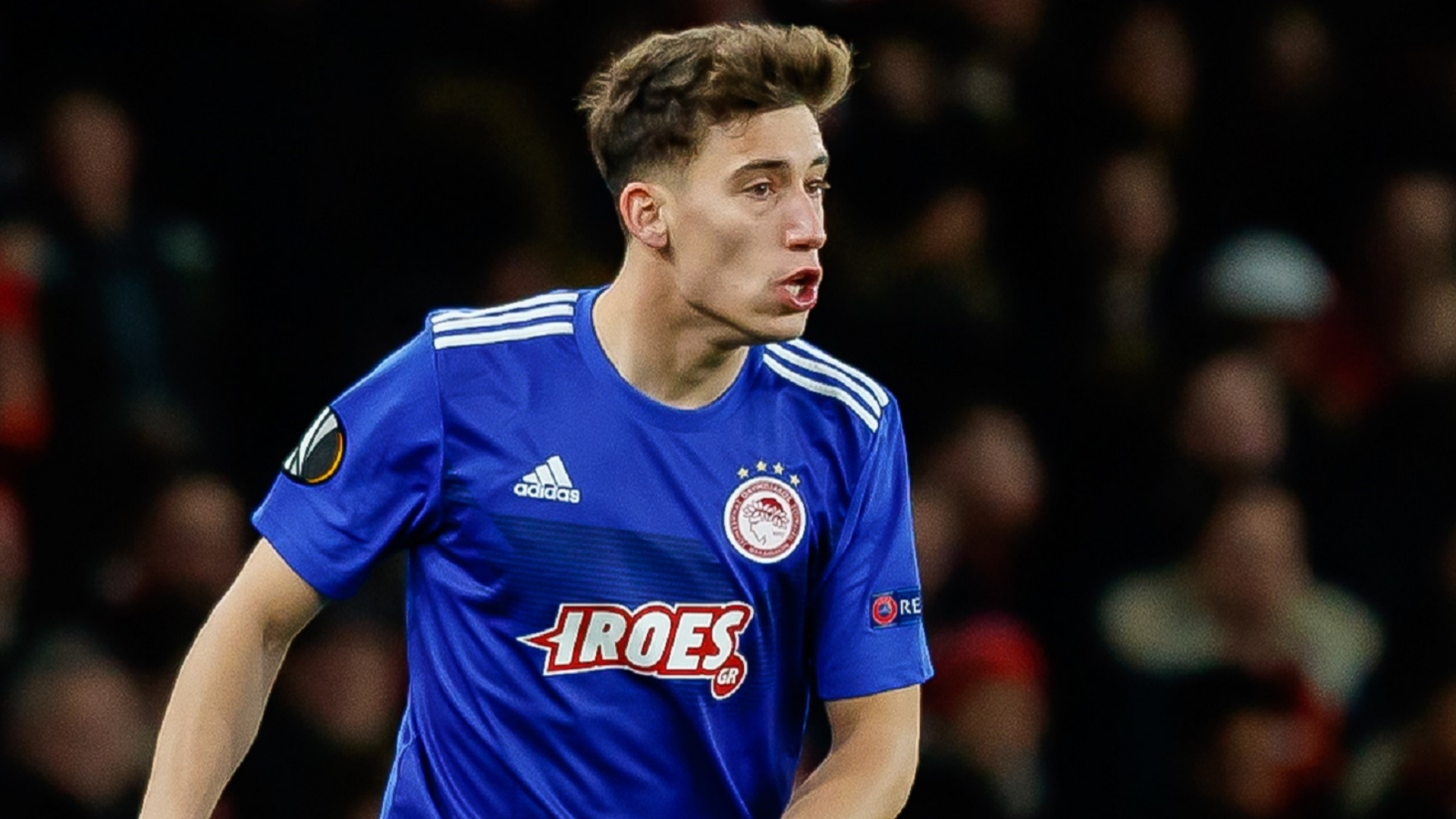 Kostas Tsimikas is set to become Liverpool’s first signing of the summer, with the Olympiacos defender set for a £11.75 million ($15m) move to Anfield from the Greek outfit, Goal can confirm.

The 24-year-old is set to arrive at the Premier League champions as an back-up for starting left-back Andy Robertson, who has not faced any natural competition for his place over the course of the last season, with James Milner filling in when required.

It is expected he will complete a medical early next week, after which his arrival will be made official.

After failing to agree terms with Norwich City over a deal for 22-year-old Jamal Lewis, the Reds turned their attentions to the Greece international, who featured 46 times for the Pireaus side during the 2019-20 campaign, fashioning seven goals.

The Canaries turned down a £10m ($13m) bid from Liverpool for Lewis last week, and that ultimately persuaded Jurgen Klopp’s recruitment team to seal a deal for Tsimikas.

The Reds had also studied the possibility of moving for Sergio Reguilon, who spent last season on loan at Sevilla from Real Madrid and has been linked with a possible summer moves to Chelsea and Everton after a campaign in which he scored three goals and laid on four more in all competitions for the outfit from Andalusia.

The arrival of Tsimikas is set to signal the end of Yasser Larouci’s Liverpool career, with the 19-year-old former Le Havre player set to be allowed to depart the club on a permanent basis.

He had made two appearances for the first team, both in the FA Cup, while he also featured in the EFL Trophy for the Under-23s on a couple of occasions this term.

Meanwhile, 20-year-old left-back Adam Lewis is set to be given first team experience elsewhere, with a number of clubs vying to sign the England U20 international on loan.

It is believed that Luton Town, who finished 19th in the Championship last season, just three points above the relegation zone, are among the front runners for his services.

Liverpool have already seen Dejan Lovren depart the club for Zenit St Petersburg this summer, while Adam Lallana joined Brighton on a free transfer. Nathaniel Clyne and Andy Lonergan have also been released.