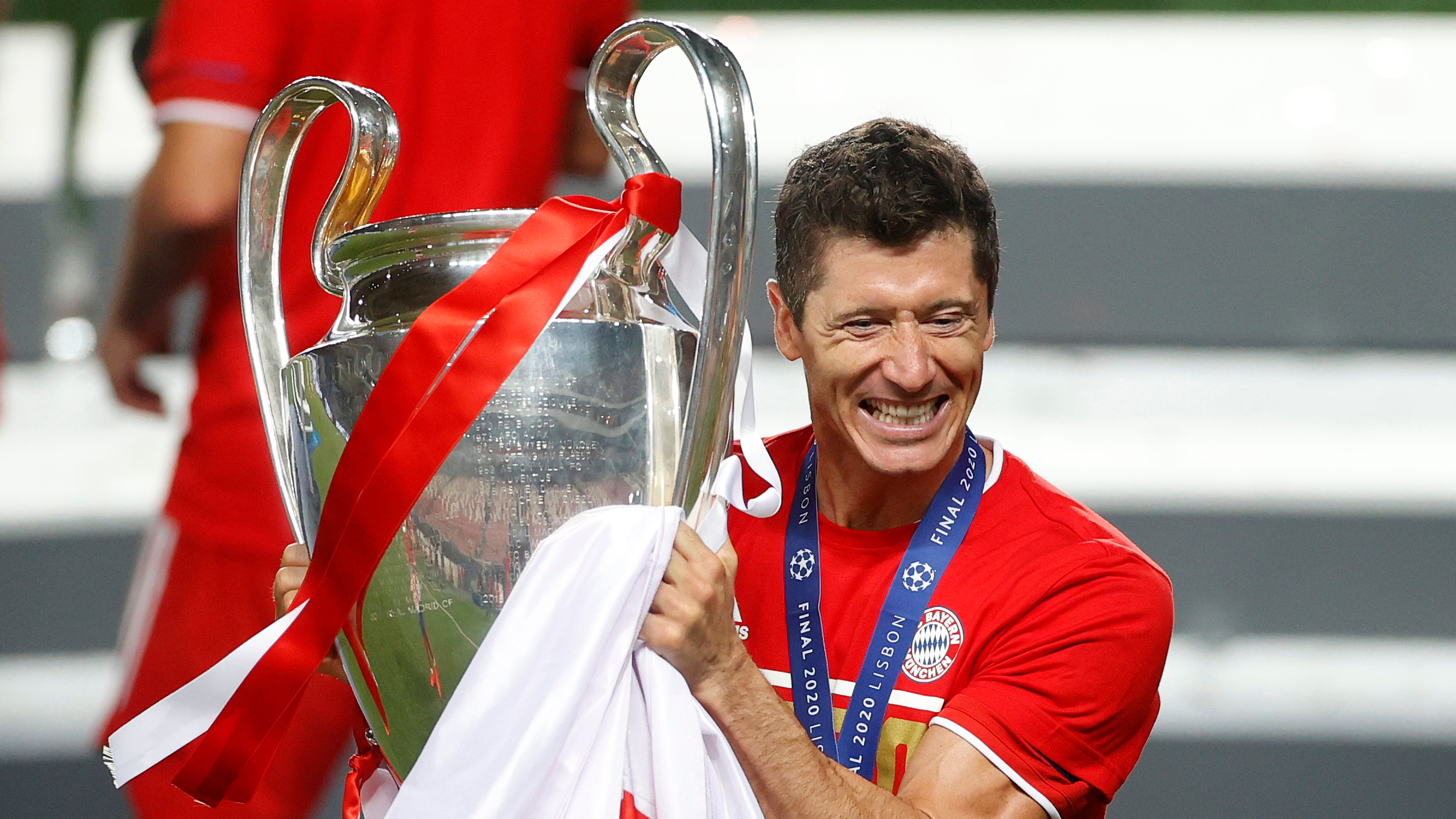 The 32-year-old scored 55 goals in the 2019-20 season, and beat Manuel Neuer and Kevin De Bruyne to the trophy

The 32-year-old scored 55 goals in 47 games, including 15 in 10 in the Champions League, while team-mates Manuel Neuer and Joshua Kimmich and manager Hansi Flick also scooped individual awards. Neuer and Kevin De Bruyne had also been up for the award.

Pernille Harder, who recently joined Chelsea, was named UEFA Women’s Player of the Year for her performances at Wolfsburg. The German side were beaten in the Champions League final by Lyon but Harder beat Lyon pair Wendie Renard and Lucy Bronze to the individual award.

Ahead of Neuer, Bayern’s defensive quality was clear as their trio of Kimmich, David Alaba and Alphonso Davies made up the final shortlist, Kimmich coming out on top of the voting.

Bouhaddi was also joined by a Lyon defensive partner, with France star Renard named the women’s Defender of the Season as she also lifted the Champions League for the seventh time.

Manchester City‘s European campaign finished in disappointment once again but De Bruyne was named Midfielder of the Season ahead of Thiago and Thomas Muller, while another Lyon star in Germany international Marozsan won the women’s award.

Bayern boss Flick’s remarkable rise to prominence over the last year was recognised as he was named Men’s Coach of the Year after masterminding his team’s treble.

Lyon’s dominance of Europe was further confirmed as their manager, Jean-Luc Vasseur, won the first Women’s Coach of the Year award.