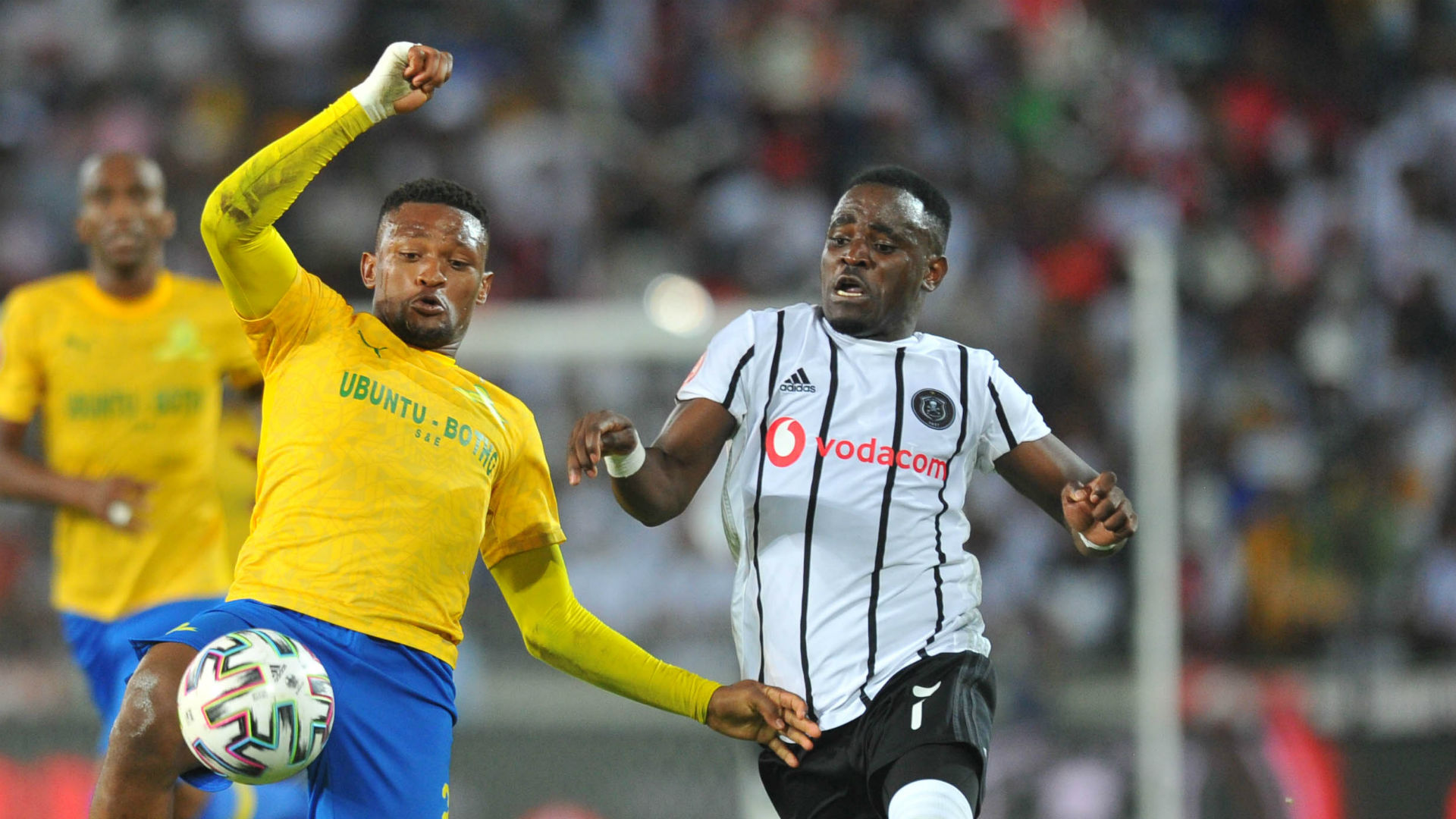 The two giants kick off the resumption of league action at Dobsonville Stadium.

Although Lekgwathi acknowledged that Pirates have not been at their best defensive-wise, having conceded more league goals than Sundowns this season, he feels Pitso Mosimane’s charges currently have the worst rearguard between the two sides.

“I watched Sundowns play Wits and the way they play, there’s no way they will beat Pirates,” Lekgwathi told Far Post.

“If you look, the downfall of Pirates is conceding goals, lousy goals but we can score. Even if Pirates concede against Sundowns, Pirates are going to score more goals if they don’t change their defence. Sundowns’ weakest link is in central defence.”

Pirates forward Frank Mhango, who is the current league top goal-scorer, would be looking to add to his 14 goals and could be a nightmare to Sundowns if he picks up from where he left off before the break.

“Sundowns will be playing against the current top goal-scorer. It’s going to be difficult to mark him because he is hungry to be the top scorer. He wants to continue where he left off. He is still going to continue with the hard work and score goals,” continued Lekgwathi.

“Mhango’s close friends were talking about him. You can tell that he is happy to play for Pirates and he respects the badge. He is willing to die for the team. If you hear his story, then you will understand why he is so serious about his career.

“One thing I like about foreign players is that they take their jobs seriously. You can see when Mhango plays that he does so wholeheartedly. He respects his job. He understands the team he plays for. Pirates are not an ordinary team.”

But what could be Sundowns’ advantage is that they have match fitness, having already been involved in competitive action after the restart of football in South Africa.

They face a Pirates side that would be playing their first game after the season restart.

The race for the league title could also be a force to spur on second-placed Sundowns, who are four points behind log leaders Kaizer Chiefs and have played a game less than Amakhosi.