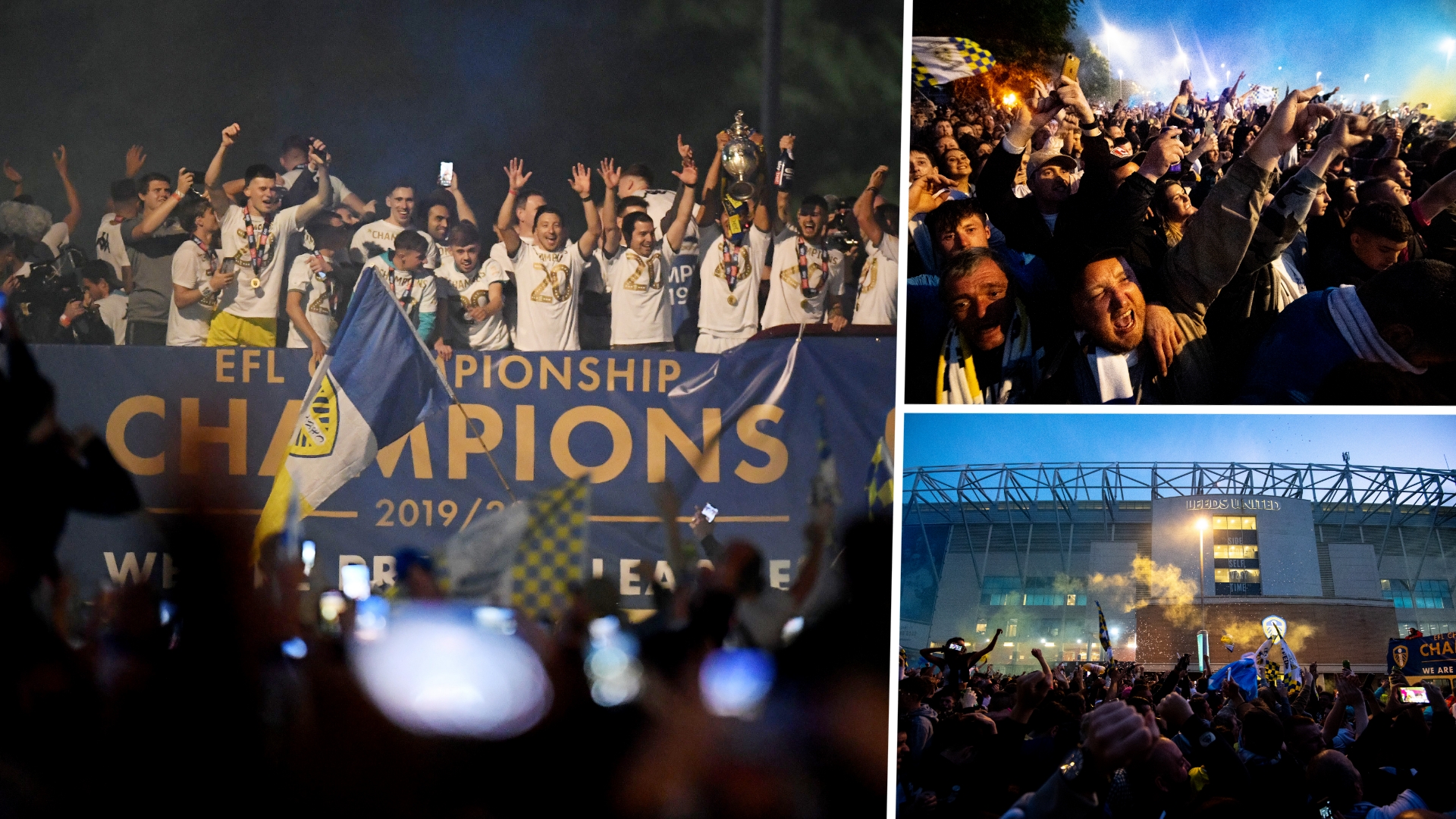 Leeds United have defended their decision to hold an open-top bus celebration outside Elland Road on Wednesday night.

The Whites’ long-awaited return to the Premier League was confirmed after West Brom‘s defeat at Huddersfield last Friday.

They were also named Championship winners following Brentford‘s loss against Stoke City the next day, and they took in their final game of the season against Charlton in midweek.

Marcelo Bielsa’s side ran out 4-0 winners at Elland Road, thanks to goals from Ben White, Stuart Dallas, Tyler Roberts and Jamie Shackleton.

Leeds officials organised an open-top bus parade outside the ground for later in the evening, with supporters flocking from across the city to celebrate their club’s promotion to the top flight.

Social distancing measures are still in effect across Great Britain due to the continued threat of coronavirus, but the large crowd flouted those rules while singing with the players standing on the top deck of the bus.

Leeds have now come out to insist that the relevant authorities were consulted over the parade, and that the safety of the public has always been the club’s number one priority throughout the Covid-19 pandemic.

A spokesman for the Whites has released an official statement on the matter, which reads: “Following consultation with the SAG and Council, Leeds United arranged for a bus to be parked outside the East Stand reception as a contingency to assist dispersal should a crowd congregate at Elland Road despite a month-long campaign from the club and supporter groups to encourage supporters to stay at home.

“The safety group believed was that a brief appearance from the players with the Championship trophy, would help to signal an end to proceedings, encouraging fans to head home safely.

“In challenging circumstances, fan safety has always been our priority.”

Leeds will now look ahead to their first appearance in the Premier League since the 2003-04 campaign, and Manchester City boss Pep Guardiola is among those excited by the prospect of Bielsa managing in English football’s top tier.

“He is unique in world football because of the special way he plays,” Guardiola told a press conference on Monday. “He is an authentic manager. No other manager in the world plays the way he plays.

“He is an incredible person. He is so special. It is my personal opinion but it will be incredible for English football to have him in the Premier League next season.”


Source link
2020-07-23
admin
Share
Previous 2020-21 I-League in West Bengal: Mixed reaction from the clubs
Next BetKing vs Gor Mahia: KPL club ‘will be in trouble’ for choosing a new sponsor