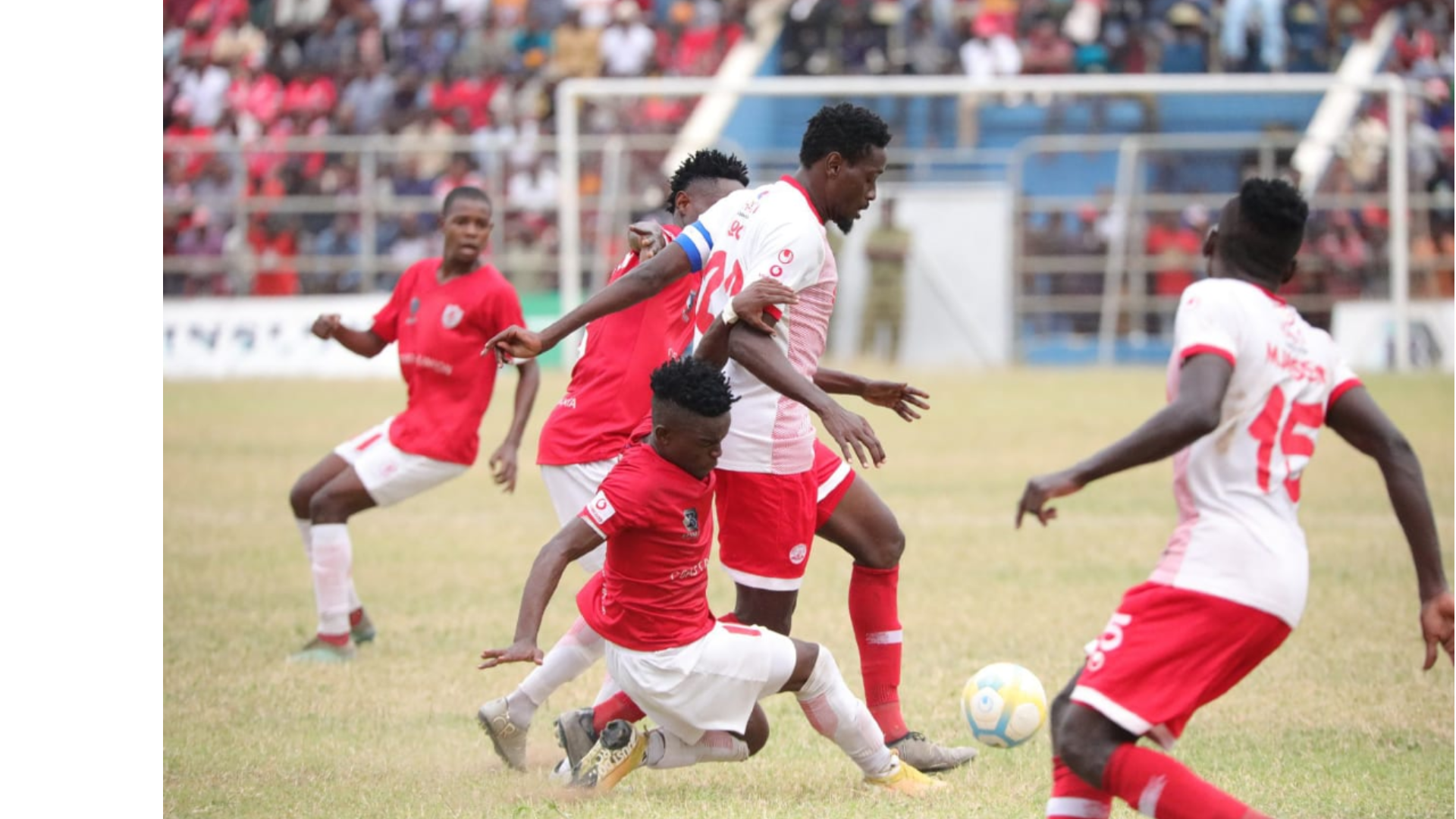 Wekundu wa Msimbazi, who have already been declared the 2019/20 winners, did not manage to break the home side’s backline in Tanga

Wekundu wa Msimbazi were made to register a 0-0 draw at Mkwakwani Stadium in Tanga by Coastal Union even though coach Sven Vandenbroeck fielded a rather strong starting XI.

A second draw was registered between Alliance FC and Ndanda SC after the two sides fought to a 2-2 draw.

Israel Patrick opened the score for Alliance in the ninth minute but Ndanda cancelled the lead in the 16th minute from Abdul Hamis’ strike.

Omary Mponda gave Ndanda a lead, that did not last though, in the 51st minute before the host cancelled it by a Martin Kigi’s goal at the hour mark.

Lipuli FC recorded a first win in one of the four matches that were held on Thursday evening. Daruesh Saliboko scored a 79th-minute penalty to condemn Ruvu Shooting to a 1-0 loss.

Another draw, of a 1-1 scoreline, was recorded from the match that pitted Polisi Tanzania against JKT Tanzania.

Mathew Anthony scored for Polisi Tanzania in the 32nd minute before the visitors responded with a 60th-minute goal courtesy of Edward Songo’s strike.

Azam FC will be at home against Mbeya City in a late kick-off.

Meanwhile, football stakeholders in Tanzania have been called on to give their suggestions concerning the upcoming season’s regulations.

“Tanzania Premier League Board (TPLB) has kick-started the process of collecting views from stakeholders on the improvement or the amendments of the leagues’ regulations for the 2020/21 season,” a statement obtained by Goal read.

“On July 11, the board had welcomed top officials of all the Premier League and the Division Two clubs and gave them an update of how the board was planning to carry out the whole exercise.

“The board would like to request the stakeholders, journalists, soccer organisations from regional and district levels and all the concerned parties to take part in the exercise that we believe is very important in as far as soccer development in the country is concerned.

“Given the change in the calendar of the season, TPLB would like to request that all the opinion on the improvement of league regulations for the 2020/21 season, be submitted before July 31.”