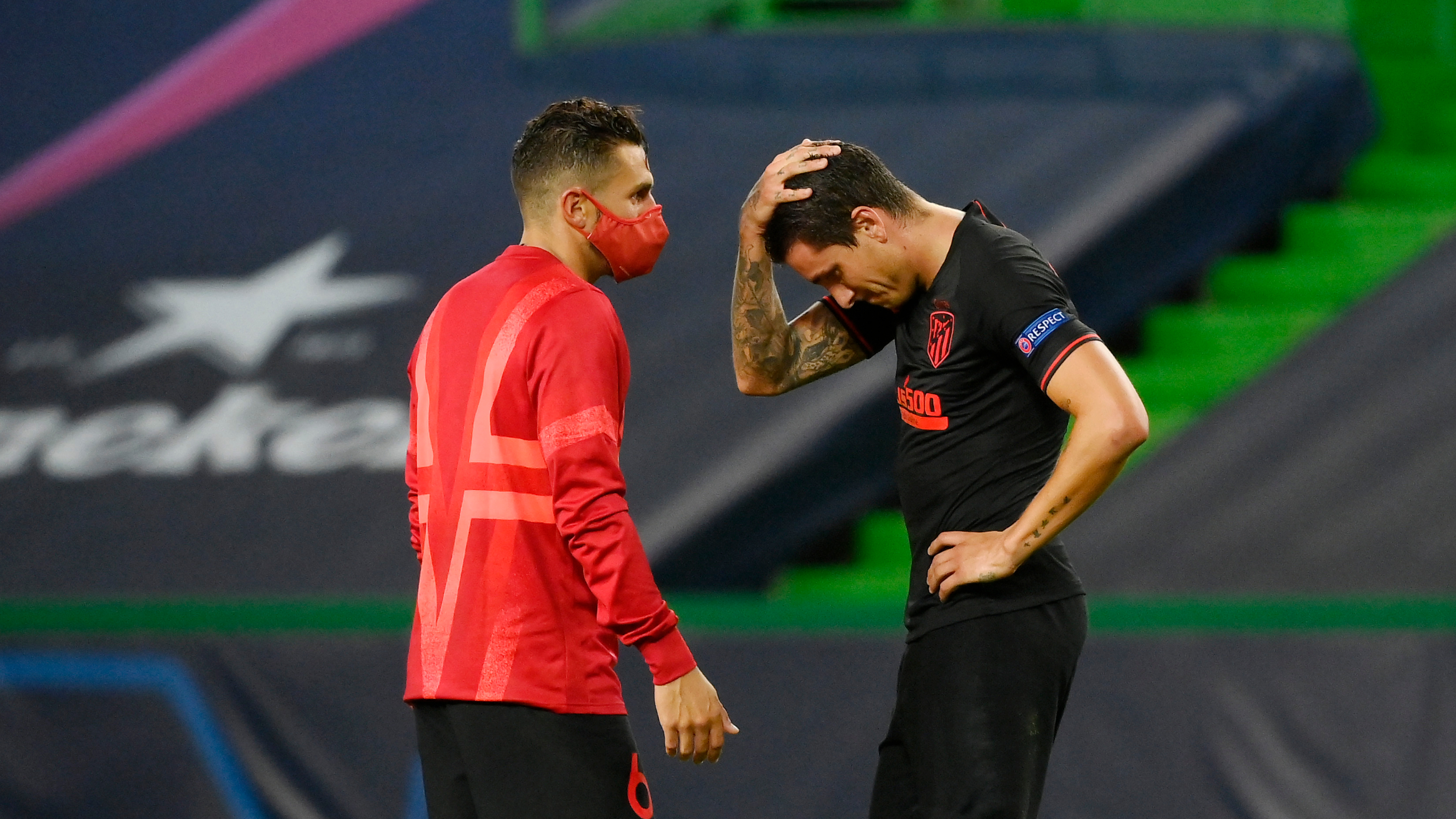 Koke believes Atletico Madrid were simply second-best against RB Leipzig following their 2-1 loss in the Champions League quarter-finals on Thursday.

Leipzig took a deserved lead after 50 minutes with a brilliant team goal finished off by Dani Olmo, only for Atletico to equalise via a Joao Felix penalty 20 minutes later.

Diego Simeone’s side did appear to have the momentum approaching full-time, but Leipzig’s Tyler Adams struck in the 88th minute to ensure the Bundesliga side progressed to the final four.

While quite a tight game on the scoresheet, Koke conceded that Leipzig were better than Atletico in every aspect of the game and were worthy winners on the night.

“They were better, they did not allow us to match their intensity,” Koke told Movistar.

“At all times they were better, they had more possession. They were better, faster and more intense. When they are better, you try to give your all and if things do not work out, you have to congratulate your rival and reflect.

“On the field, there are times when you are better and others worse. Coldly, when we analyse the game, we will see where we have failed and what we have lacked. We have to get up to try again next season.

“When you lose you are hurt and sad. This is a different competition, with a single game, and in three games you could win a Champions League.

“We have had bad luck for the second goal, that’s how football is. We were very excited about this Champions League and we have to get up as we always do.”

Leipzig ended the game with 57 per cent of possession and had one extra shot on target compared to their Spanish opponents.

Julian Nagelsmann’s side will now face Paris Saint-Germain in the Champions League semi-finals next week with the Ligue 1 champions beating Atalanta 2-1 in their quarter-final on Wednesday.

The French giants looked to be heading for another quarter-final exit before late goals from Marquinhos and Eric Maxim Choupo-Moting saw them produce a stunning comeback in the final minutes.