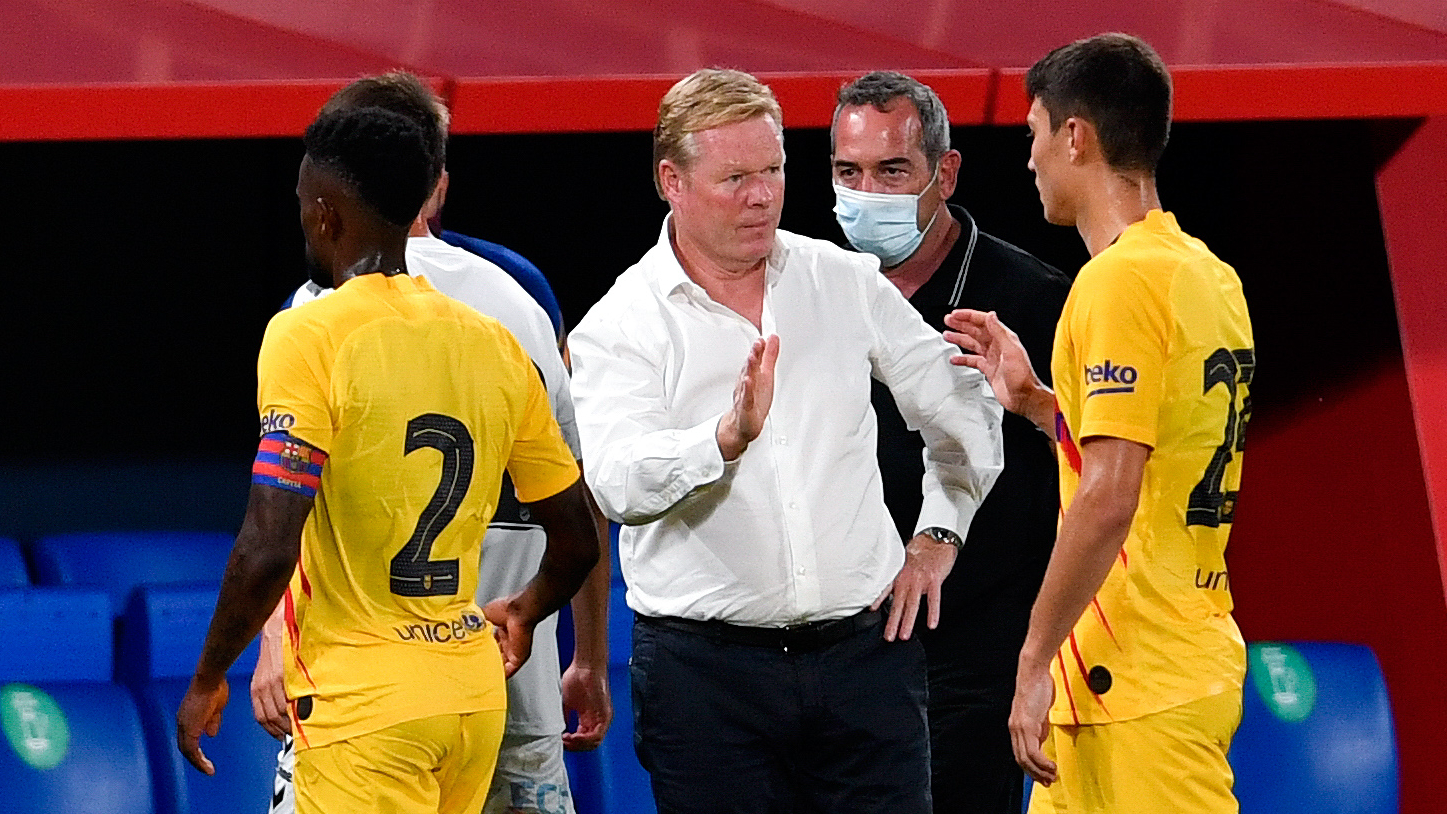 After Ousmane Dembele opened the scoring in the fifth minute, penalties from Antoine Griezmann and Philippe Coutinho guided Koeman’s side to a comfortable victory.

Barcelona lined up in a 4-2-3-1 formation, a system rarely used at the club in the past, with the entire starting side switched out at half-time.

Sergio Busquets and Carles Alena began the match as the holding midfielders before being replaced by Frenkie de Jong and Riqui Puig, with Koeman stressing afterwards that having two players occupy such a role will allow the team to attack with more versatility.

“It may be different and somewhat more defensive than what has been seen in recent years, but the objective is to move the ball, hold on to it and find the spaces to play between the lines, and behind rival midfielders,” Koeman said post-match.

“I think this team can do it because we have midfielders to play like that.

“The most important thing is that fortunately there have been no injuries. Everyone has played 45 minutes. There were moments of good intensity. There are always things to improve on but we’re happy. We have been here for two weeks and we have two more to go.

“It is important that they already play because it is not a normal pre-season. We only have four weeks, not six. It is complicated. What we want to do now is physical work and in the next two weeks work on the tactical side more.”

After his failed attempt to leave Camp Nou, Messi started the match as captain and seemed happy to be back on the pitch following so much off-field drama.

While Messi featured in the friendly played at Johan Cruyff Stadium, Luis Suarez and Arturo Vidal were notable omissions with both players linked with a possible Barcelona departure in recent weeks.

Suarez was believed to be close to joining Juventus, while Vidal may also be heading to Serie A with Inter reportedly keen to bring the midfielder to Milan.

Barcelona will play another pre-season friendly on Wednesday against Girona before kicking off their La Liga season against Villarreal on September 26.