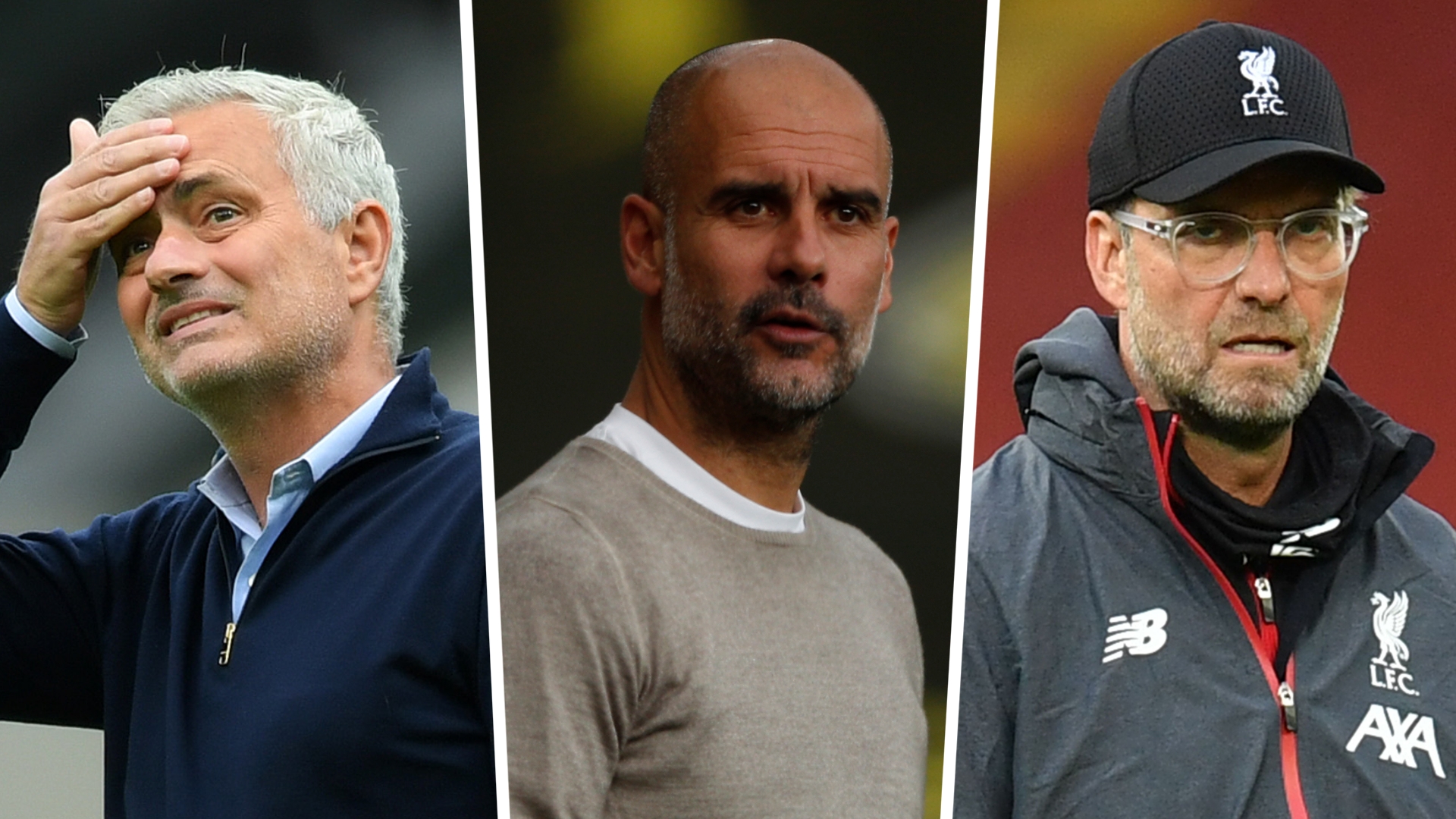 Manchester City boss Pep Guardiola insists Liverpool under Jurgen Klopp in 2019 and 2020 are the toughest opponents he has ever faced as a coach.

Klopp is the only manager to have beaten the Catalan more times than he has lost, with the Reds’ coach winning nine of their 19 encounters and Guardiola just eight, while he has not won any of their five clashes at Anfield.

After a fiercely competitive 2018-19 when City beat their rivals to the Premier League by just a point, Liverpool easily came out on top this year to secure their first title in 30 years.

“The toughest opponent I’ve ever faced in my career is this Liverpool from last year and this one,” Guardiola told DAZN.

“If you let yourself be dominated, they lock you in the area and you can’t escape. When you dominate them, they run into space like no one else. They are very fast going backwards. They are very strong strategically. Their players have great mental strength. [Klopp] is the rival who has made me think about how to beat him the most.”

Guardiola had a fierce rivalry with Real Madrid boss Jose Mourinho during his time with Barcelona, but he rates the current Premier League champions as the best team he has ever come up against.

“I have always said that Real Madrid are a very strong team in my career, they helped me to become a better coach with tough matches and competitions with Jose Mourinho, [Manuel] Pellegrini and all the coaches they had,” he added.

“If you ask me which has been the most difficult rival for me to face, it has been Liverpool. The first years when I arrived in England, Liverpool were a bit weaker than now and Real Madrid were stronger. Now, this Liverpool are the hardest I have come across in my coaching career.”

Guardiola’s priority is shifted back to Real next week with the newly crowned Spanish champions standing in the way of a place in the Champions League quarter-finals.

While City hold a 2-1 lead from the first leg victory at the Santiago Bernabeu in February, Zinedine Zidane has an incredible record in the tournament having won it three times in succession and Guardiola is full of praise for the Frenchman.

“Although people may not believe me because he is from Real Madrid, I am very happy that things are going well because it is very good for football that things go well for people like him,” the City boss added.

“When he has done what he has done, winning three Champions Leagues in a row, taking two La Liga titles from Barca when they – in this decade – have dominated this competition like no other club, it shows his ability.”