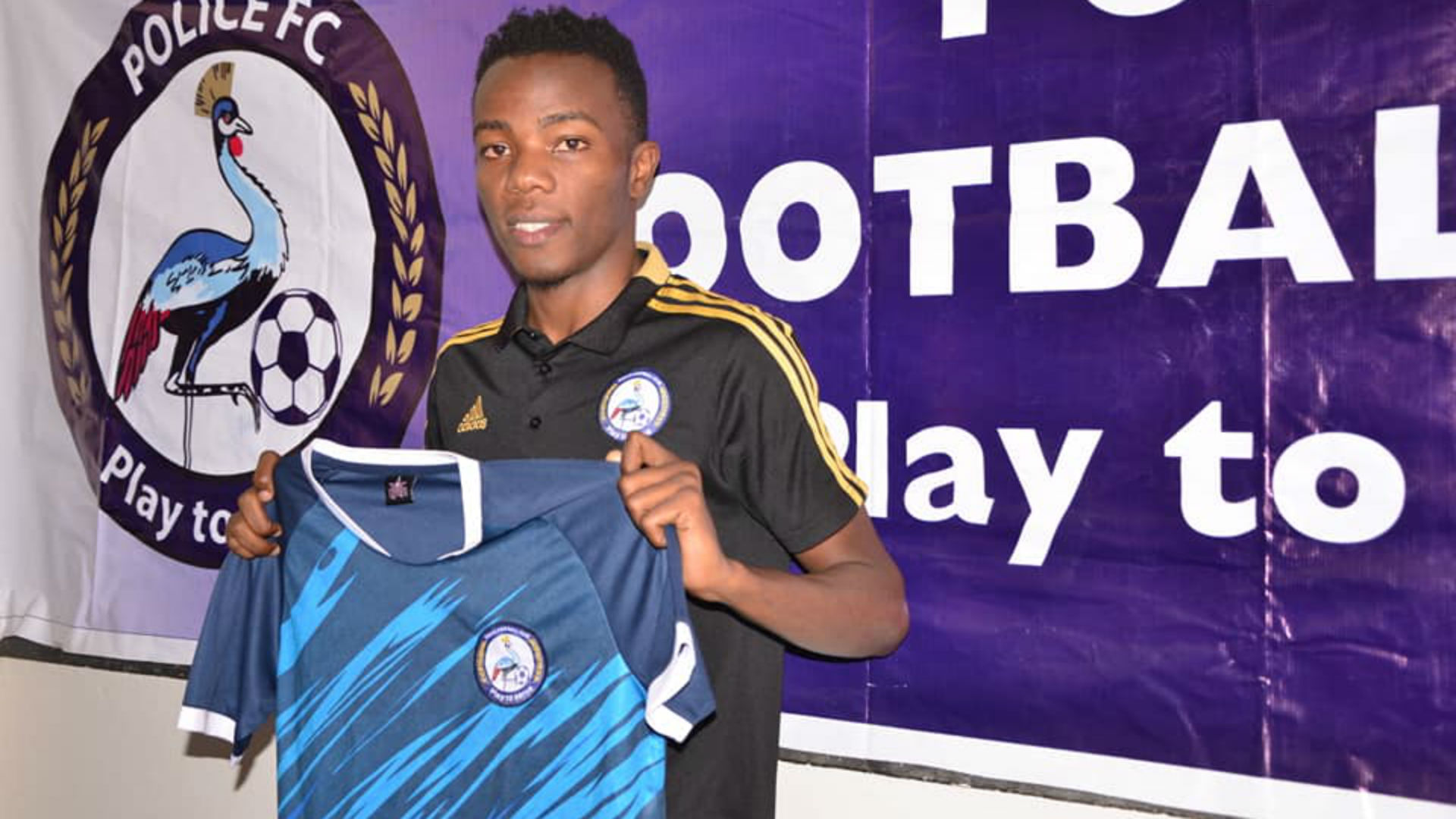 Police FC have managed to keep star player Edward Kiryowa at the club after he agreed to renew his contract.

The attacking midfielder has penned a three-year contract that will see him remain a “Cop” until August 2023.

The club has confirmed the extension of the contract on their social media pages by stating: “Edward Kiryowa has extended his stay with the club for the next three years.

“Youth attacking midfielder Kiryowa who missed the larger part of last season due to injuries has signed a new three-year deal with Police Monday.”

“I feel so happy for the opportunity granted to extend my stay with The Cops. It’s a sign of trust and confidence in me as a player and I promise to do my best.”#WeAreCops https://t.co/VgBUDaFeaO pic.twitter.com/Yvnr7zenNA

Kiryowa was pleased with the terms offered and told the club fans he was ready to get started: “I feel so happy for the opportunity granted to extend my stay with The Cops. It’s a sign of trust and confidence in me as a player and I promise to do my best.

“I am going to work harder compared to the last season to help the club attain greater heights. We are all looking forward to achieving the best as we build our football profession.”

The attack-minded player first featured for the Farmers Football Club before joining “The Cops” last season.

Police CEO Fahad Lumu, who was present during the signing ceremony, said: “Kiryowa is a talented player, whom we had to keep in the team so that he can grow with us in our strides to become the best in the country.”

Police chairman Asan Kasingye has stated they will make sure they leave a mark in the league come the new season.

“We no longer just want to compete; we need to win trophies. We are former champions and it’s time to think big,” Kasingye told reporters.

Kasingye added it was the right time for the team to secure sponsors because Police are a big organisation and many people want to be a part of it.

2020-08-10
admin
Share
Previous Who is Africa’s best bet to win the Champions League this year?
Next Magori: Simba SC are hurt the way Mazingiza left for Yanga SC