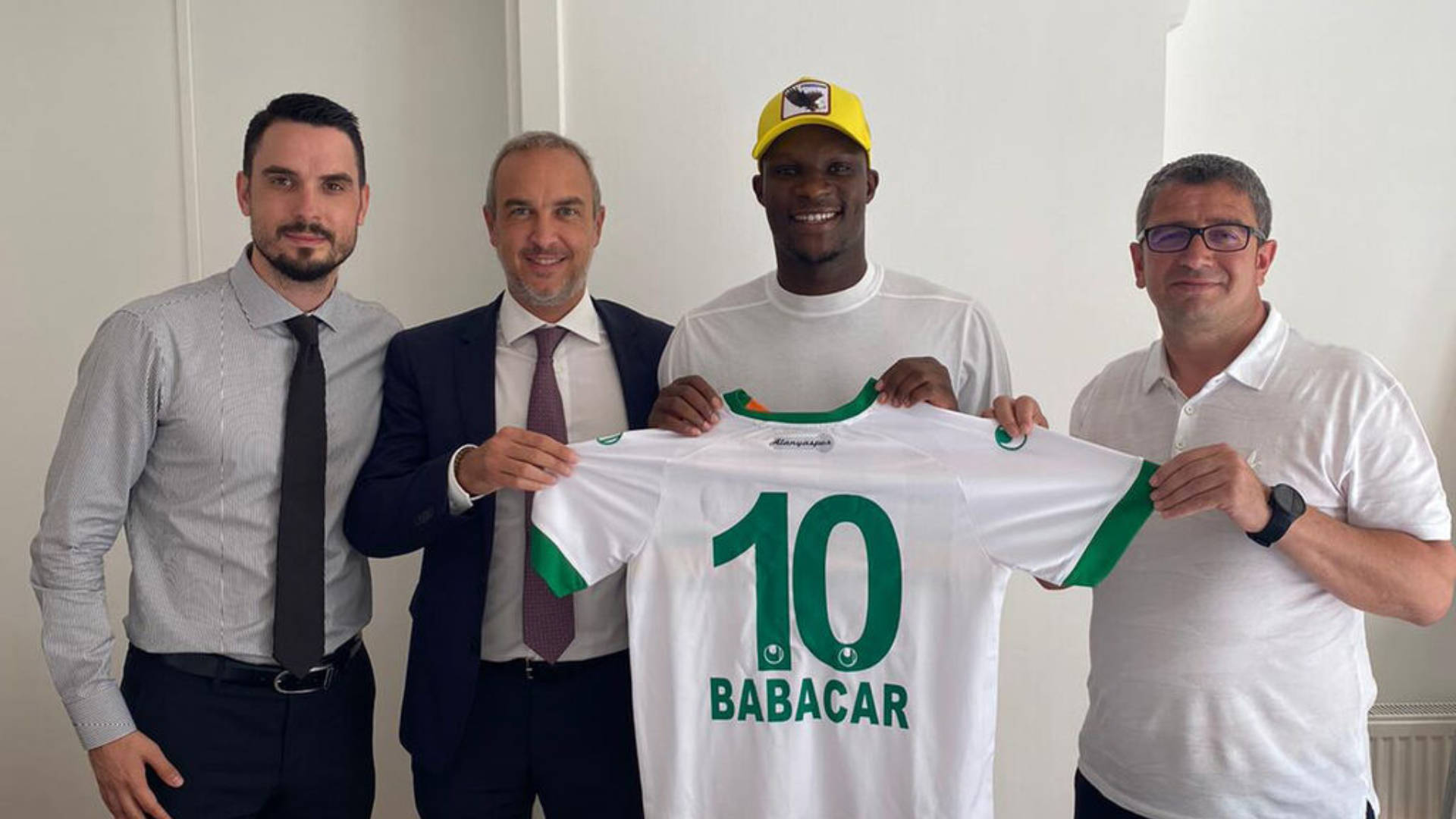 Turkish Super Lig side Alanyaspor have announced the signing of Khouma Babacar on loan from Italian club Sassuolo.

The Senegal international signed a year-and-half loan contract with the Bahcesehir Okulları Stadium outfit after successful medicals on Thursday.

Alanyaspor also have an option of signing the 27-year-old permanently on the condition of satisfactory performances from the centre-forward.

Babacar started his career from his country with Rail youth setup in 2005 and then moved to Italy to continue his development, joining Delfino Pescara 1936 academy.

In the summer of 2008, the forward teamed up with Fiorentina youth team and his impressive showings earned him promotion to the senior team a year later.

Babacar scored 27 goals and made 99 league appearances for the Serie A side and also had loan stints at Racing Santander, Padova, Modena and Sassuolo during his stay at Stadio Artemio Franchi.

The striker teamed up with Black and Greens permanently in the summer of 2018 and has featured 29 times for the club, scoring seven league goals.

Babacar spent the 2019-20 campaign on loan with Lecce and featured consistently but his efforts were not enough to help the Yellow and Reds avoid relegation from the Serie A.

Alanyaspor finished fifth in the Super Lig last season and have recruited the forward in their quest to compete for the league title in the 2020-21 season.

Babacar has featured for Senegal U17 and U20 before he made his senior international debut against Ivory Coast in a friendly in 2017.

The forward has two caps for the Teranga Lions and will hope to deliver eye-catching performances to enjoy regular call-up to the national team.