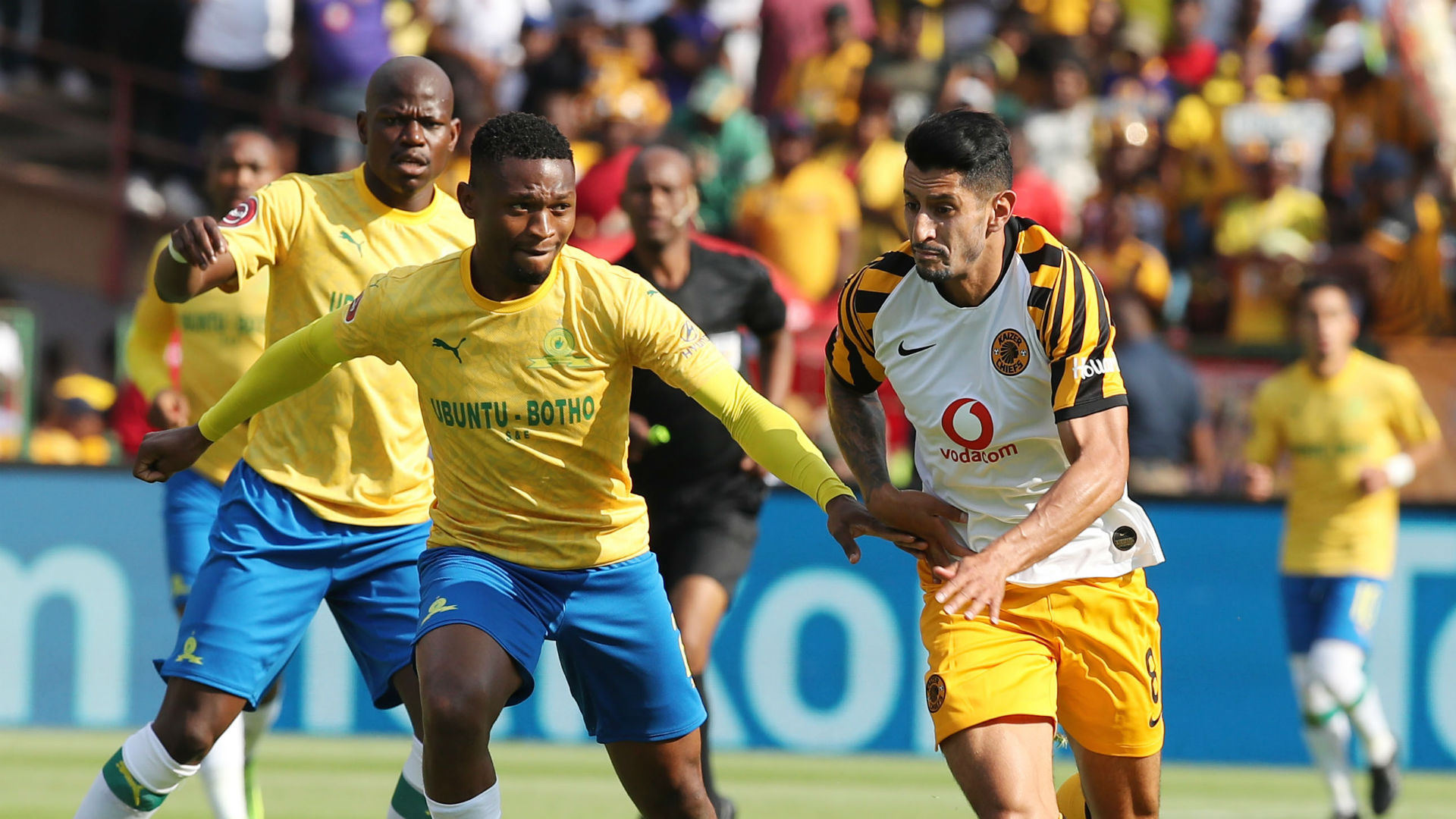 Former Kaizer Chiefs winger Junior Khanye has written off his former club as Premier Soccer League (PSL) title favourites, saying they fall short of the mettle needed in a stormy race against Mamelodi Sundowns, who possess “a lot of experience.”

Chiefs are left with eight matches to complete the campaign if football resumes in South Africa and are four points clear at the top of the PSL standings, while Sundowns trail in second-place but have a game in hand.

Khanye says Amakhosi have done very little to convince him that they have the quality to be crowned champions against battle-hardened Downs, who have come out victorious in similar title confrontations in the last two seasons in which they pipped Orlando Pirates to league glory.

“People have been saying Chiefs will win the league, I beg to differ,” said Khanye as per Sun Sport.

“Even when they had that 13-point lead I still felt that they were lacking something. That is something I can’t quite put my finger on. But what I am confident about is that Sundowns will do enough to win the title again this season.

“They just have a lot of experience in this situation and have done it so many times in recent years. They are in a much better place than Chiefs, everything is going for them at the moment. Pitso has just signed a new deal and they have been active on the [transfer] market. They will be confident.”

Making the title race potentially intriguing is the fact that the two sides still have to face each other if the season continues.

While in the middle of such a crucial battle, Chiefs have lost midfielder George Maluleka, a key player, to Sundowns and Khanye feels the Soweto giants have been left a weakened side.

“I was very disappointed that Chiefs would let go of a player of his quality, and who has contributed so much to their success this season,” Khanye said.

“He was important for Chiefs. They will be less effective without him, but Sundowns were strong without him. I rate him as a player, but I really believe he will find it difficult to break into that Sundowns team that has the likes of Hlompho Kekana, Andile Jali and Tiyani Mabunda.

“Don’t forget there are players like Oupa Manyisa, Sammy Seabi and Rivaldo Coetzee who are also trying to break into that midfield.”

Following the departure of Maluleka, Kaizer Chiefs coach Ernest Middendorp might now need Khama Billiat to be at his leggy best to compliment other attackers like Samir Nurkovic, Leonardo Castro and Lebogang Manyama, who were enjoying some good form before the break.