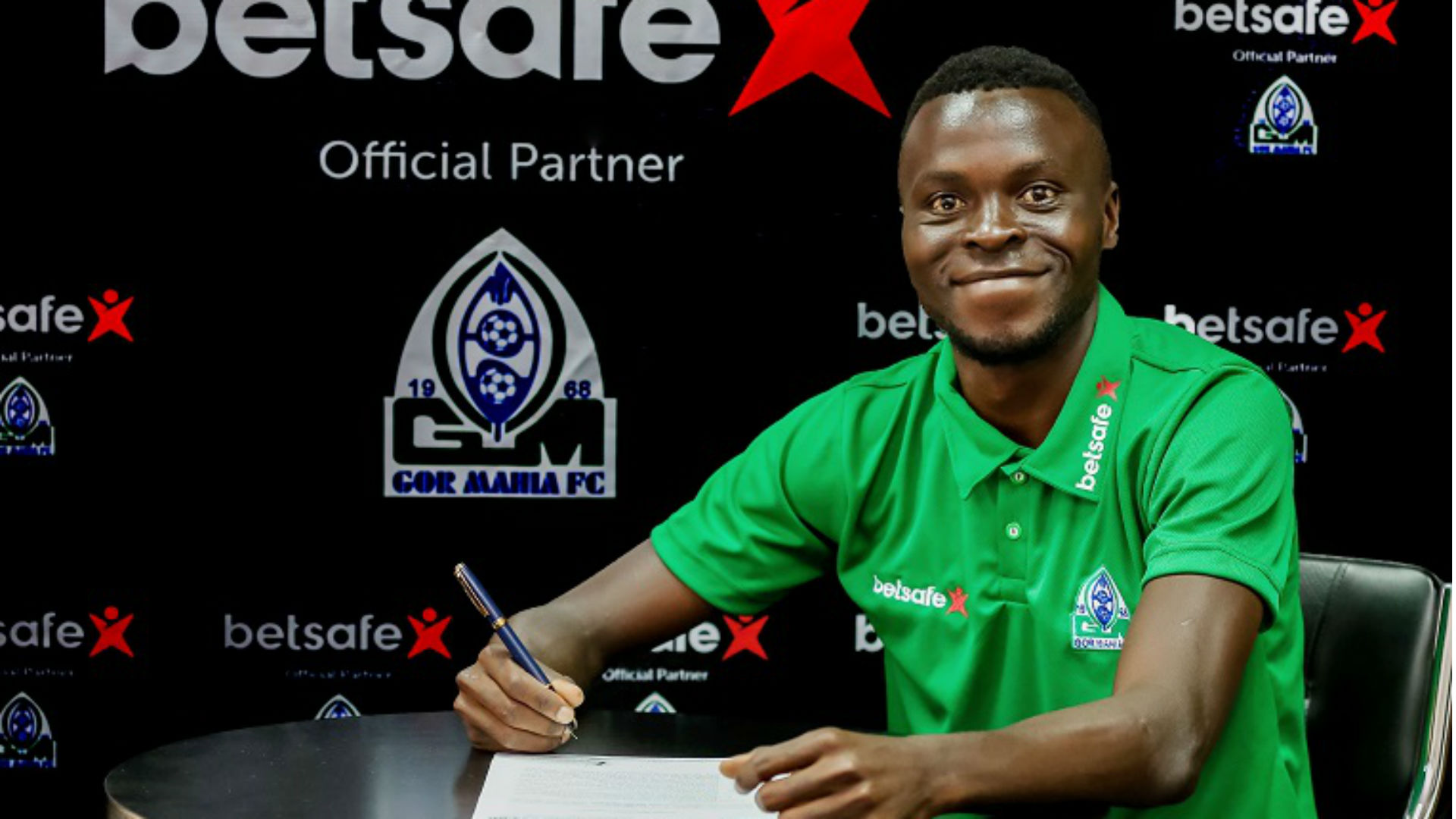 Wesonga has agreed on a four-year deal with the league heavyweights and becomes the fifth player signed from Western Stima.

The defender’s exit from the Powermen is understood to be just part of the mass exodus that will be expected at a club who lost their sponsor; Kenya Power and Lighting Company this year.

Gor Mahia completed the signing of Kennedy Owino from the Kisumu club. Other players who have been signed in the current transfer period from Western Stima are striker Benson Omalla, midfielder Sydney Ochieng, and goalkeeper Samuel Njau.

Wesonga is the third defender Gor Mahia have signed already after Owino and Andrew ‘Roma’ Juma from the 2008 KPL champions Mathare United. K’Ogalo have moved with speed to cover the defensive department with local talents after the departure of Harambee Stars centre-back Onyango.

Onyango – who signed a two-year deal with Tanzanian champions Simba SC – was the second star to leave Gor Mahia. Winger Boniface Omondi was the first to confirm the departure when he signed for rivals Wazito FC.

Goalkeeper Fredrick Odhiambo was released and later joined Omondi at Wazito but Gor Mahia have signed Njau and Levis Opiyo from Nairobi City Stars as the new goalkeepers.

Tanzanian goalkeeper David Mapigano and Dickson Ambundo are the other players to end their association with Gor Mahia before joining Azam FC and Dodoma Jiji FC respectively.

The signing of Wesonga comes with Gor Mahia fans eagerly waiting to see which players will extend their contracts with the club.

Defender Charles Momanyi – a target for KPL side KCB – and captain Muguna are the players whose futures have generated a lot of concerns from the fans.

Muguna is a target for Daring Club Motema Pembe of the Democratic Republic of Congo but their offer is said to have been flatly rejected by the record Kenyan champions.

Tito Okello from Uganda’s Vipers SC and Cameroonian midfielder Bertrand Konfor are the other players who have been confirmed at Gor Mahia and remain the only foreigners to have signed.

Rumours have linked the Green Army with Burundian striker Jules Ulimwengu, who various reports have indicated, is interested to join AFC Leopards instead.