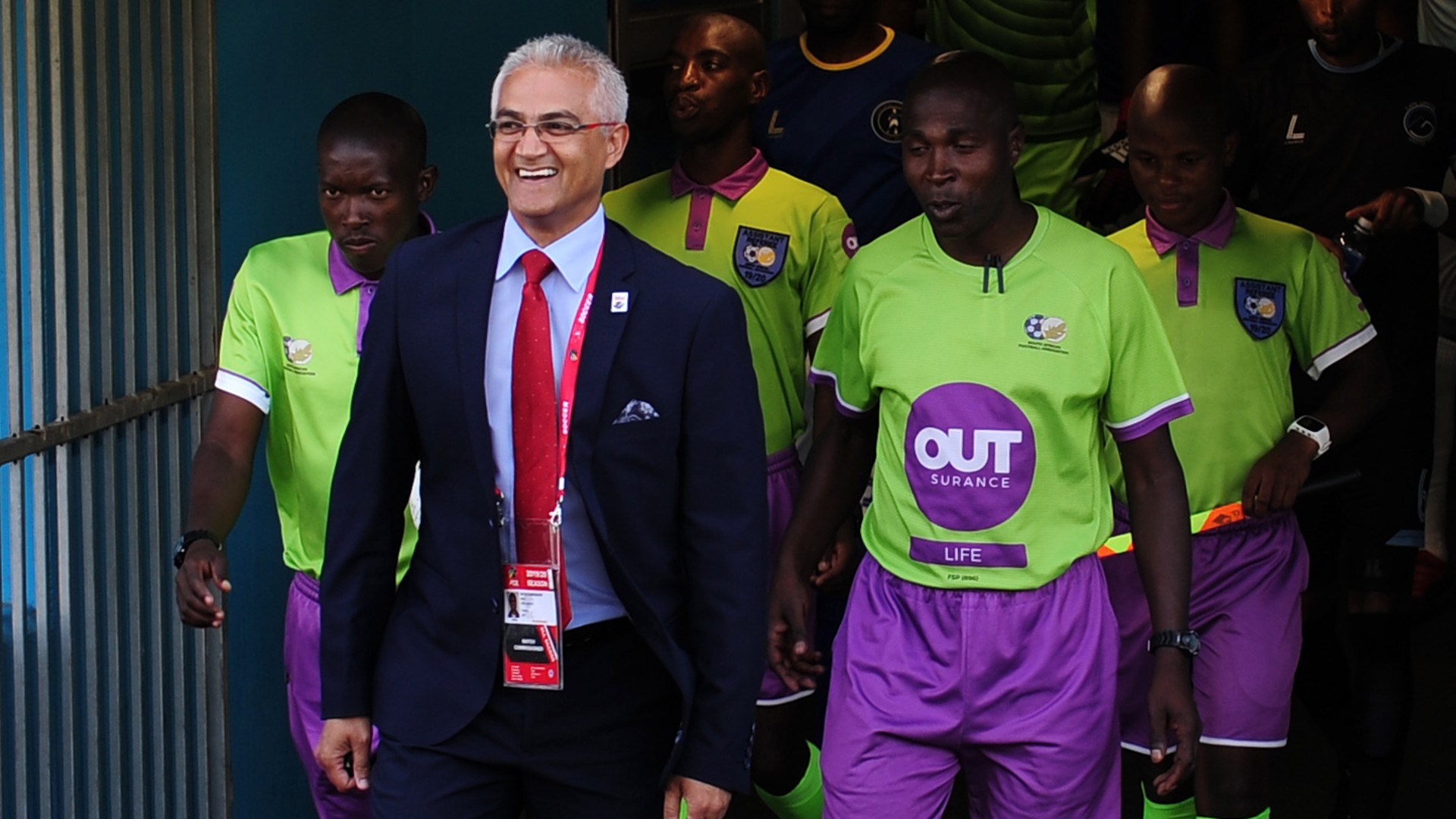 The 79th minute incident has had the public talking and giving all sorts of interpretations but Ebrahim said Chavani was correct in signalling a foul by the Chippa player Kevin Moyo (jersey number 20) before his teammate Boikanyo Komane (jersey number 44) scored the ‘’goal’.

The Safa Head of Referees said before Chiefs goalkeeper and skipper Itumeleng Khune collided with his teammate, the Chiefs defender had been impeded by Chippa’s Kevin Moyo.

He says when Khune came out to challenge for the aerial ball, a Chippa player (Moyo) pushed the Chiefs defender onto the path of the onrushing Khune, resulting in the goalkeeper losing his balance.

This allowed Chippa’s Boikanyo Komane to head the ball into an empty net unchallenged. This is how Ebrahim explains the incident:

“The Chippa United player, Kevin Moyo, places himself in a position to challenge for the aerial ball. He does not jump up, but instead, impedes the Kaizer Chiefs defender from contesting for the ball in the air. He uses his body to push the opposition defender onto the path of his own goalkeeper.

“At the same time, the Chiefs goalkeeper, Khune, comes out to challenge for the ball but collides with his own teammate who had in turn been impeded by Moyo.

“The referee, Chavani clearly saw the incident and blew for a foul, as Komane, a teammate of Moyo, heads the ball into the net. And the referee sounded the whistle before the ball crossed the line.

“The referee was 100% correct to award a free-kick against Moyo as his action was not to challenge for the ball but to challenge the player off the ball,” concluded Ebrahim.

“Yes, match officials make mistakes but in this particular incident, the referee was 100 percent correct.”