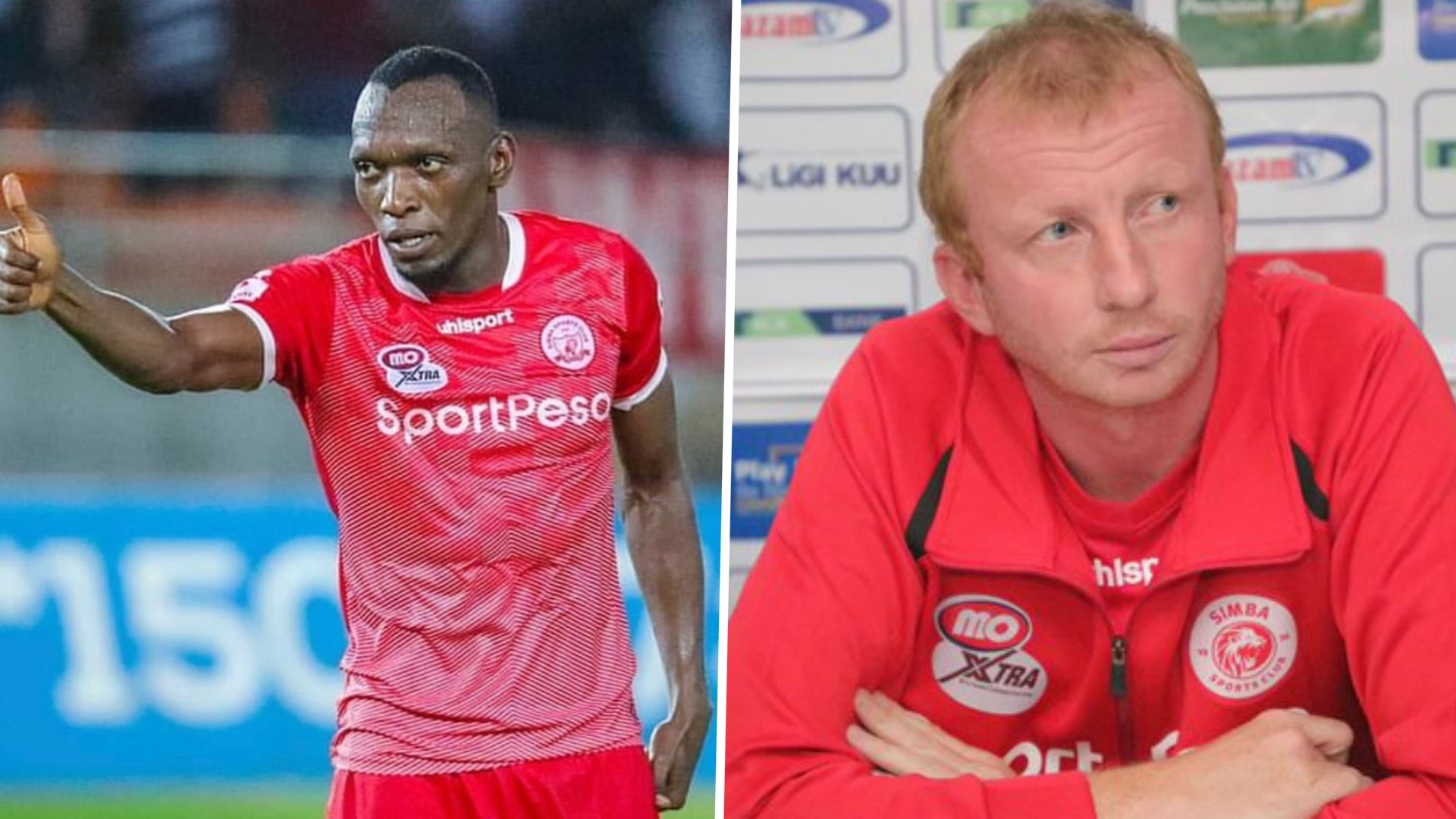 Simba SC have come out to deny reports claiming striker Meddie Kagere had a bust-up with coach Sven Vandenbroeck in training on Tuesday.

Social media was awash with news the two had confronted each other after the team arrived in Mbeya from Arusha, where they beat Namungo FC 2-0 to lift the Community Shield, which was the curtain-raiser for the new Mainland Premier League season set to kick off this weekend.

Simba information officer Haji Manara has, however, rubbished the reports, claiming Simba did not train on Tuesday as the players were already tired after arriving from Mwanza.

“Here in Simba it is all happiness all the time and when people want to make us sad they come up with cooked stories, nothing like that happened, at no time did [Kagere] and [Sven] fight each other or confront each other,” Manara is quoted saying by Sokaletu.

“All those are big lies being used to divert the attention that Simba won a trophy on Sunday, they just want to spoil our party and at the same time imply that there are problems in Simba, we don’t have any problems, we are a happy family, they want to provoke us and we are not ready to be provoked.

“The coach requested that all the players to have a rest, they were all resting and none went to training, so I am wondering when did it happen and where? We know them [the traitors] they are back again with lies but we will not buy that.”

Simba are keen to seal a treble once again this season after they started off the season with the Shield win. Last season, Simba won the Shield, the league, and FA Cup titles and will thus represent Tanzania in the Caf Champions League.

Simba will open their league campaign with a clash against promoted side Ihefu FC at Sokoine Stadium on Saturday.