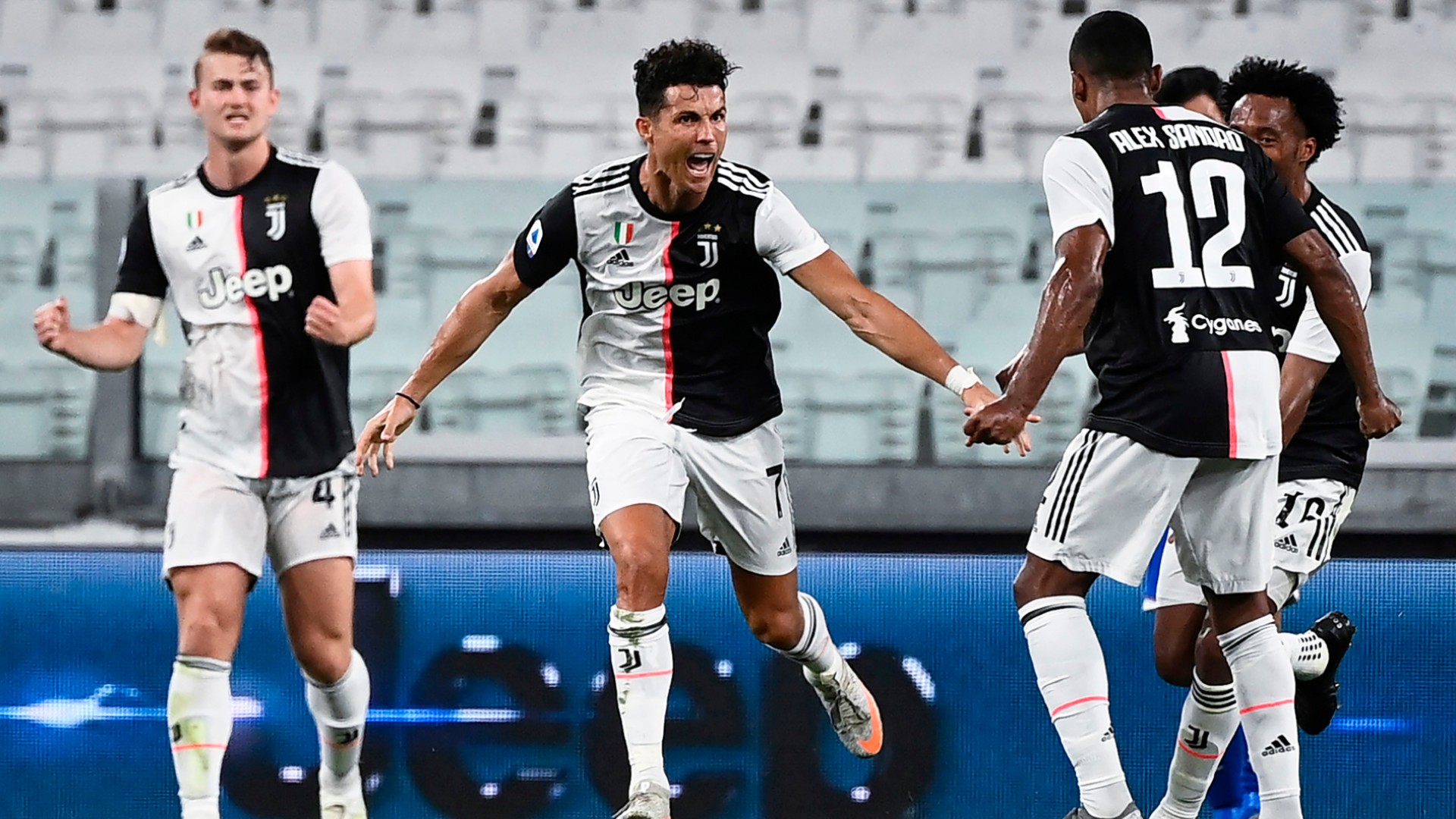 Juventus have won the Serie A title for the ninth consecutive season.

Maurizio Sarri’s side have clinched the crown with two games to spare, following a 2-0 victory over Sampdoria.

The win takes them seven points clear of second-placed Inter, who cannot catch with them with only two matches remaining for both sides.

Cristiano Ronaldo opened the scoring for Juventus against Sampdoria in first-half injury time with Federico Bernardeschi then adding a second in the 67th minute. Ronaldo would then miss a penalty late in the game but Juve would still be able to hold out for a crucial three points.

Thoughts will now surely drift to the potential of an unprecedented 10th straight title next season.

As has often been the case in recent seasons, Juve had seemed to have a genuine title race on their hands earlier in the season.

Early-season contenders Inter dropped off with a run of five draws from seven games around Christmas while Lazio, who looked like potential champions when the season was suspended, have taken just one point from their last five.

Atalanta have been in stunning goalscoring form since the restart and will look forward to their Champions League clash with Paris Saint-Germain, but their title challenge effectively ended when two Cristiano Ronaldo penalties saw them lose 2-1 against Juve earlier this month.

The trophy will come as a mark of vindication for Maurizio Sarri, who has come under fire at times during an inconsistent campaign.

This is only his second major honour as a manager after his Europa League win at Chelsea last year. It is also only the second trophy he has won in Italy, following the Coppa Italia Serie D with minnows Sansovino, 17 years ago.

Now, Sarri and his side will look to maintain their form through their remaining league fixtures against Cagliari and Roma, before switching their attention to the Champions League.

They welcome Ligue 1 side Lyon to Turin on August 7, looking to overturn a 1-0 first-leg deficit and book their place in Lisbon for the final knockout stages.