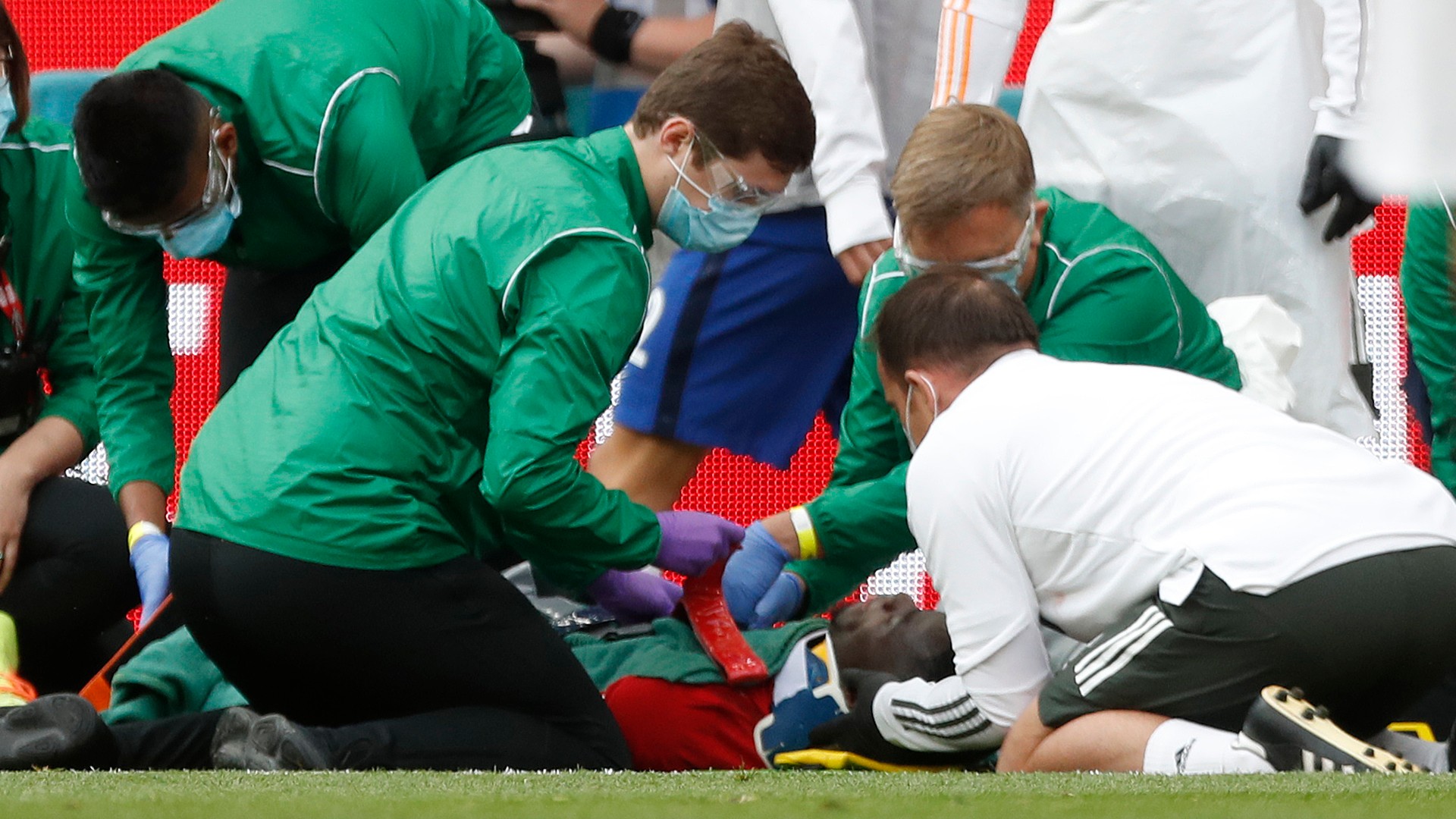 Manchester United centre-back Eric Bailly has assured fans that his head injury sustained in Sunday’s FA Cup semi-final loss to Chelsea was not as bad as first feared, with the defender describing it as “just a scare”.

The Ivory Coast international was taken to hospital after a clash of heads with back-line partner Harry Maguire near the end of the first half at Wembley, with the Blues eventually running out 3-1 winners.

Having initially returned to his feet, he subsequently had to be loaded onto a stretcher and receive oxygen after having already removed himself to the sidelines, sparking fears that his condition may have been worse than initial appearances suggested.

In his absence, United saw their 19-game unbeaten streak come to an end as Frank Lampard’s side marched on to the final with Arsenal.

Now, a day on from the match, Bailly has taken to social media to appease concerns that he is set to for a lengthy lay-off, while passing on his gratitude for the support he has received.

“Thank you for all the messages of support,” the 26-year-old wrote on Twitter. “I am OK, it was just a scare. I feel the pain of yesterday’s defeat even more.

“But we have to get back up and refocus on the two big games we have this week.”

United’s exit from the FA Cup – having fielded a side that suggested manager Ole Gunnar Solskjaer had been told to focus on their top-four aspirations over domestic silverware – mean they now have only the Europa League left in terms of knock-out competition.

They will face LASK in the second leg of their round-of-16 tie next month, with a 5-0 advantage from the first tie, with the Red Devils expected to face little difficulty in progressing to the quarter-finals in Lisbon.

Before then, however, Solskjaer will look to get his side back to winning ways as they aim to secure Champions League football next term, with an encounter against former Red Devils boss David Moyes next up with the visit of West Ham.

They will then take in a key encounter with fellow top-four hopefuls Leicester City to conclude the current Premier League campaign.