Jordan Ayew & Zaha: What does the season hold? 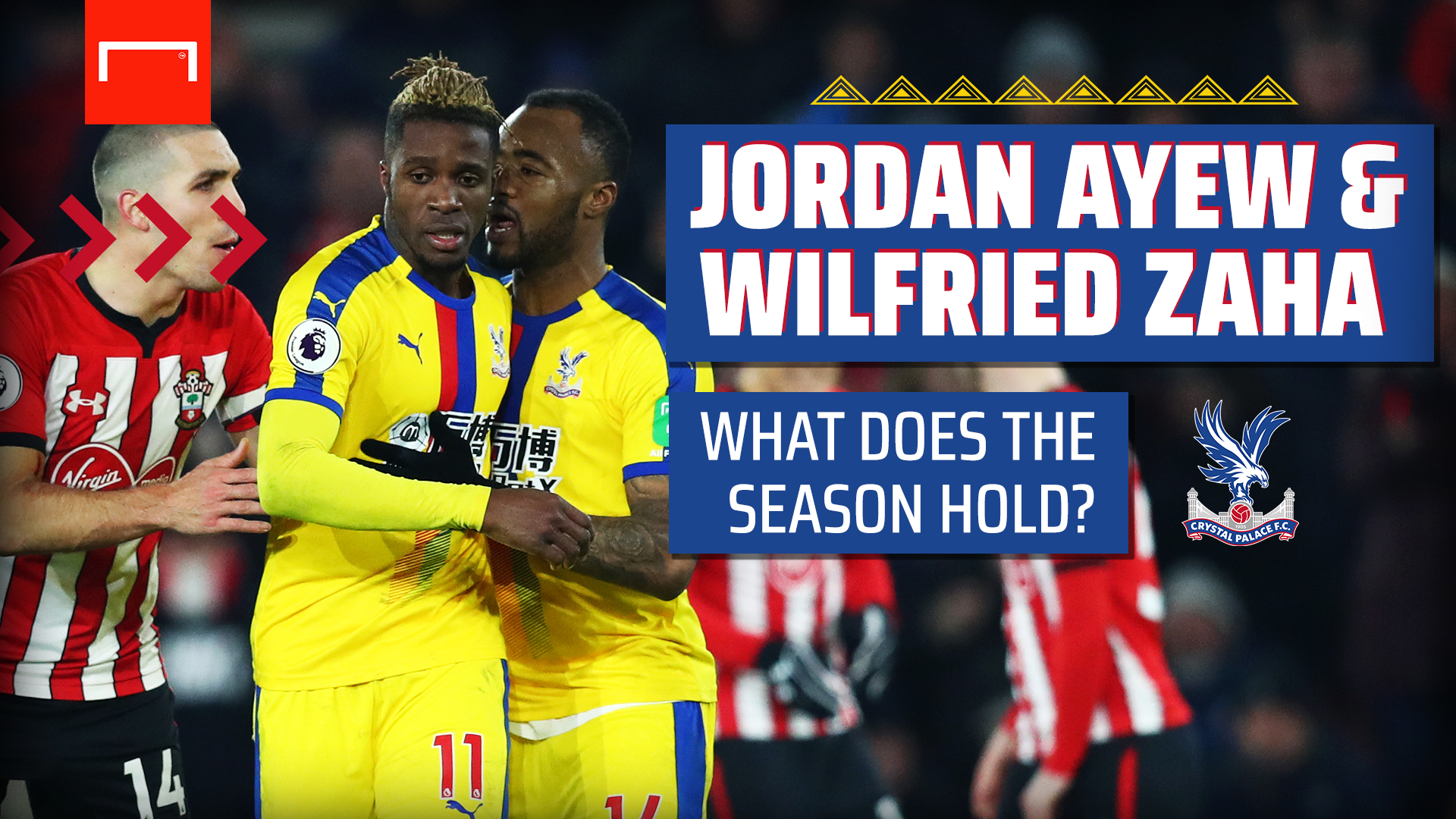 For Crystal Palace, last season didn’t quite end as planned. While they weren’t expected to pull up trees at the start of the campaign, they found themselves in a promising position before the Premier League’s suspension in March.

Given they were tipped to end in and around mid-table, the Eagles found themselves looking at possible qualification for European football. After their 2-0 defeat of Bournemouth post-lockdown, Roy Hodgson’s side were ninth in the table following a run of four wins on the trot.

However, they tailed off spectacularly in the final eight games, losing seven and drawing their final game of the season at home to Tottenham Hotspur.

To start this week-long series, we profile two of Palace’s top forwards, Wilfried Zaha and Jordan Ayew, who would play important roles in the South London club’s season.

The Story of last season

In fairness, there’s a feeling Palace could have achieved more had their talisman been as consistent in 2019/20 as he had been in previous seasons.

With the Ivory Coast star seemingly distracted by rumours of a transfer to Arsenal and Everton, his form at the start of the campaign was volatile and it carried on for most of the season.

It was up to Ayew to carry the can for the Glaziers, and he went from much-maligned at Selhurst Park to having the fans onside as he hit nine top flight goals, with most of them either hugely weighty in the timing or breathtaking in execution.

Even though it was a shame the Ghana striker failed to hit double figures in the league, he proved his capabilities in taking up the gauntlet for Hodgson’s troops, with Zaha Jekyll and Hyde for most of the season.

While there’s a feeling that Zaha still wants out, his stock has certainly fallen in the last 12 months, with clubs not as interested in his services. Arsenal have certainly moved on, while Everton have gone in another direction as well.

The financial realities with the pandemic mean Palace, for their part, won’t be able to demand as high as they wanted last year.

Little has been heard on the Ayew front and he’s expected to stay in South London.

For both players, the major aim would be playing at a consistent level for majority of the season and equally shoulder responsibility in the side’s campaign.

The addition of Eberechi Eze from Crystal Palace from Queens Park Rangers has excited fans of the club, and the potential if all three players dovetail could lead to Palace’s best season in the league’s history.

Ayew will hope to hit the 10-goal mark having just missed out in 19/20, while Zaha will want to enhance a reputation that took a hit after a failed dream move to the Emirates Stadium.

They had the second-worst attack after 38 games, second to relegated Norwich City, and conceded an average of 2.25 per game after the sport’s return in June.

If the African pair continue to misfire in the new season as they did at the backend of last season and the team remain leaky in defence, the London outfit could suffer the ignominy of relegation from the division at the end of the campaign.

Goal’s prediction for the season to come

For the pair, the introduction of Eze into the side promises a lot for the future with the Anglo-Nigerian already capable of match-winning moments on his own.

Ayew and Zaha should benefit from having another exciting player in the side, which increases the attacking talent in a team that observers have tagged functional in recent campaigns.

Despite an extremely poor finish to the previous season, especially defensively, the Eagles were largely solid at the back for majority of the year.

If Hodgson’s backline can return to that form and maintain it all season this time, there’s no reason to doubt that the Eagles could surpass 14/15’s 10th-placed finish and also surpass their best tally of 49 points in 18/19.