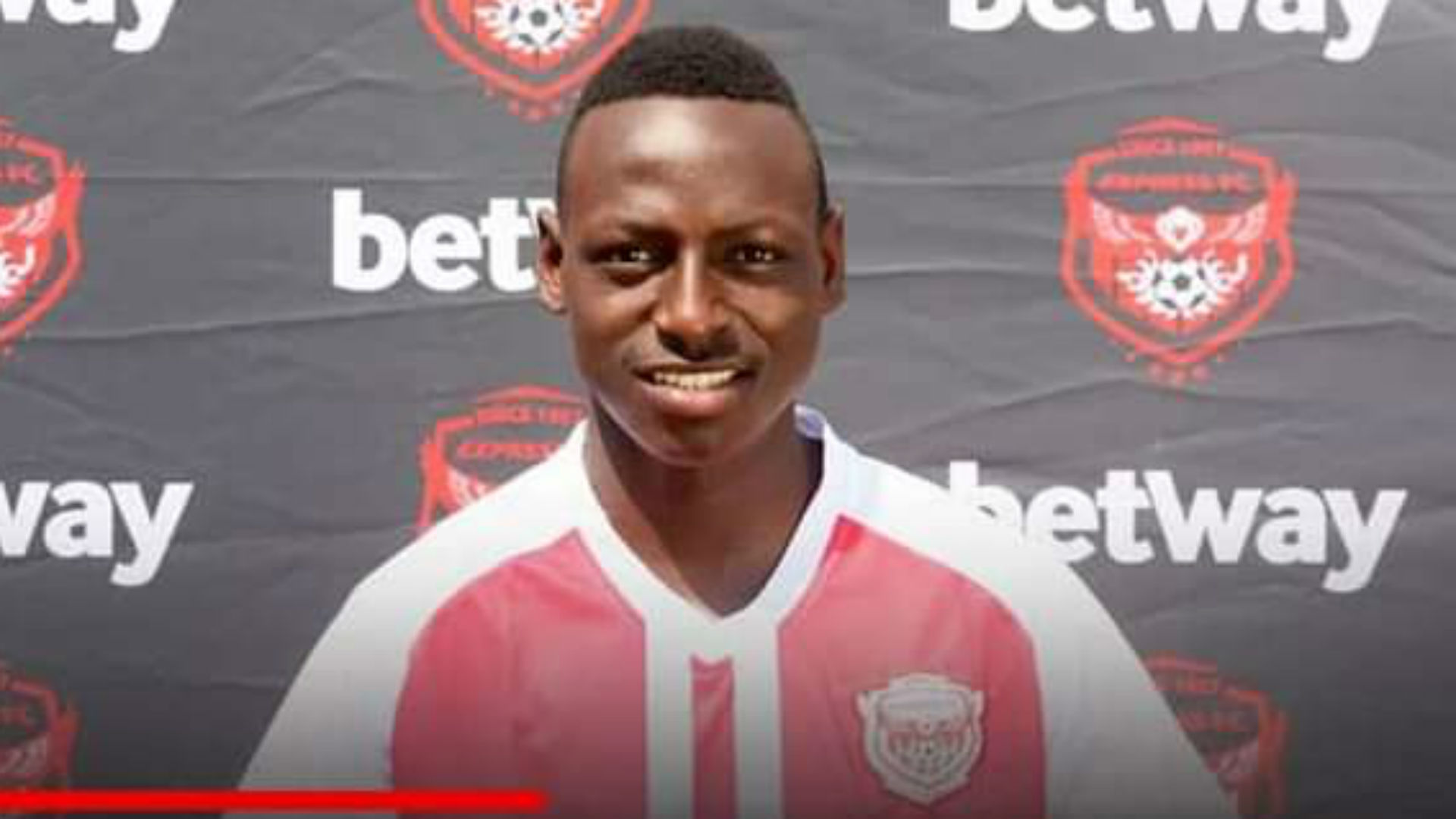 Ugandan Premier League side Express FC have completed the signing of John Byamukama.

The former Tooro United midfielder joins the Red Eagles on a two-year as coach Wasswa Bbosa strengthens the club and aims to help them regain their lost league glory.

Coach Bbosa revealed his satisfaction with the new players and said they will help the club be more competitive than before.

“Every one of those players will come good during the season because what we want is to see the club compete again,” the tactician said in an earlier interview.

Agaba joined the Caterpillars on a two-year deal from Masaka City and his greatest wish is to achieve what Gadinho and Shaban did with the Arua club.

Shaban was Onduparaka’s striker between 2011 and 2017 and scored 52 goals before he left in a way that did not impress a number of the club’s supporters.

On the other hand, Gadinho had a good time at Onduparaka since he joined in the 2014/15 season and stayed for four years.

Onduparaka were promoted to the Premier League in 2015 and reached the Uganda Cup final in the same year courtesy of great contribution from both Shaban and Gadinho.

“I look up to [Muhammad] Shaban and Gadaffi [Gadinho] because they are an inspiration and I want to do the things they did and I am determined about it,” Agaba told Football256.

“First of all, it is a dream come true to earn a move to Onduparaka where most players want to play.

“And I have dreamt of playing for a big side and Onduparaka is one. I am confident I will leave a mark here.

“I know in the recent times the club has not been playing at par and some supporters have lost interest but this season, I hope my input can restore all things.”