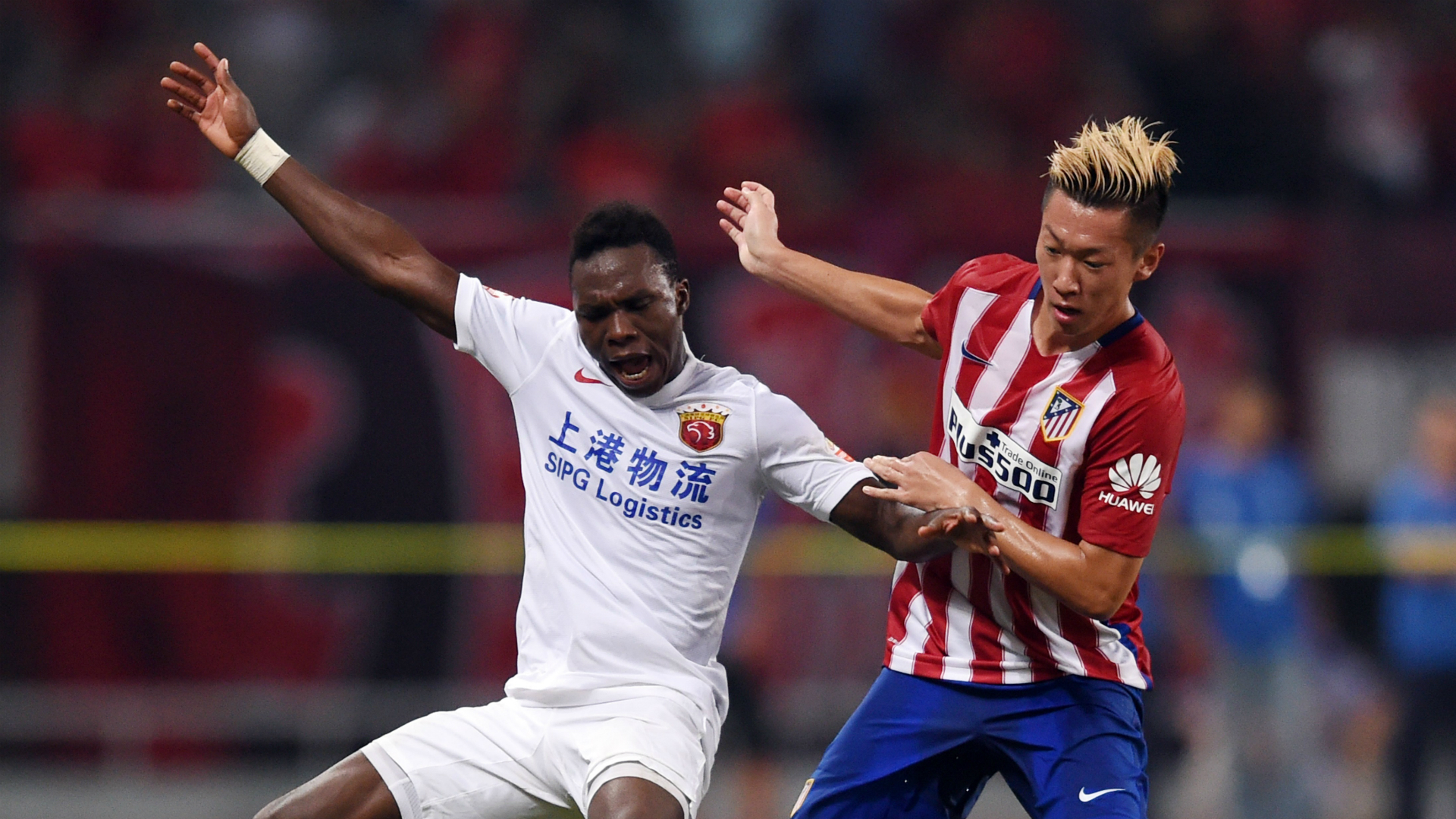 Jean Kouassi opened his goal account for the 2020 Chinese Super League campaign with a brace in Wuhan Zall’s 2-1 win against Shijiazhuang Ever Bright on Friday.

The Ivorian forward opened the scoring for the hosts at the Kunshan Sports Center Stadium in the 15th minute, thanks to an assist from Leo Baptistao.

Twenty minutes later, Kouassi doubled the hosts’ lead with his strike from the penalty spot. Towards the end of the first-half, Muriqui pulled a goal back for Shijiazhuang Ever Bright in the stoppage time.

The 46th minute goal was not enough for the visitors as Wuhan Zall held on to their lead in the second 45 minutes to claim their second victory in the Chinese top-flight this season.

Kouassi was on parade from start to finish, and he has started every of his team’s games with 260 minutes of league football played so far this term.

Jose Gonzalez’s men have been impressive since the 2020 Chinese Super League season started a fortnight ago after a lengthy suspension due to the coronavirus pandemic.

Wuhan Zall have won two of their opening three matches, and their only defeat was a 1-0 away loss to Beijing Guoan on August 1.

They are third in the league table with six points after three games, a point behind second-placed Shanghai SIPG and three points adrift of unbeaten leaders Beijing Guoan.

Kouassi will be aiming to help Wuhan Zall build on Friday’s win when they visit Shanghai SIPG for their next league outing on August 12.

Since his outing for the Ivory Coast U17 team in 2011, Kouassi has not been considered for the selection into the country’s national team.

The 25-year-old helped the West African nation reach the round of 16 stage at the U17 World Cup in Mexico nine years ago, where they bowed to a 3-2 defeat against France.