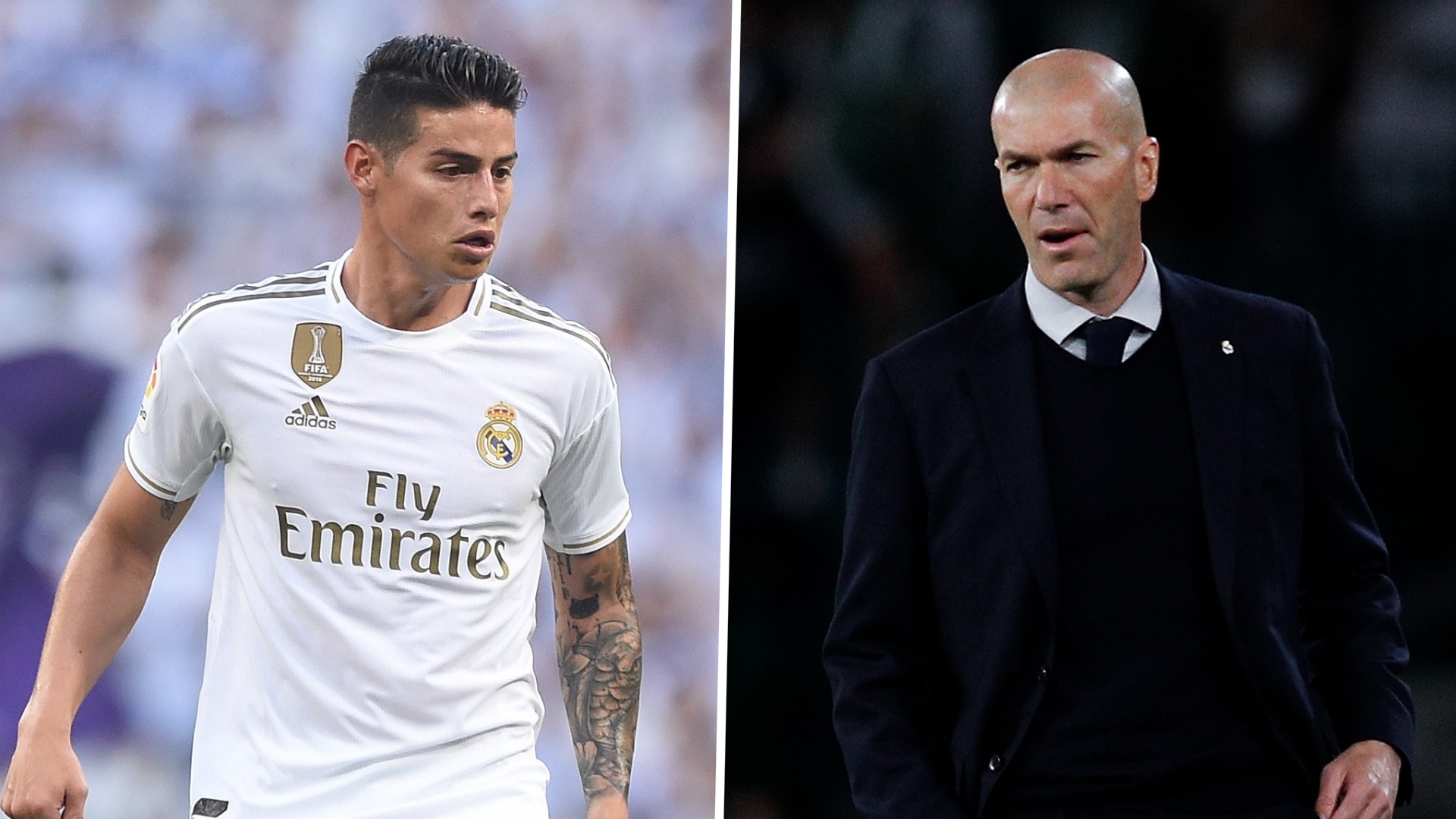 James Rodriguez “has problems” with Zinedine Zidane, according to his former team-mate Arturo Vidal, who has urged the Real Madrid outcast to secure a move away from the club this summer.

After watching James finish as the top scorer in the 2014 World Cup for Colombia, Madrid forked out €75 million (£68m/$85m) to bring him to Santiago Bernabeu from Monaco.

The 29-year-old has since scored 37 goals in 125 appearances for the Blancos, but only 14 of those outings have come during the current campaign.

James returned to Madrid last summer following a two-year loan spell at Bayern Munich, with a view to forcing his way back into Zidane’s plans.

Unfortunately, he has just slipped further down the squad pecking order in 2019-20, with the likes of Isco, Fede Valverde and Eden Hazard all now regular starters ahead of the Colombian.

Zidane hinted at issues behind the scenes when revealing that James “wanted to be left out” of a 1-0 win over Athletic Club on July 5.

The former Monaco star picked up a La Liga winners’ medal later in the month, but is expected to seek a transfer at the first available opportunity amid rumoured interested from the Premier League.

Vidal, who played alongside James at Bayern, admits he has found James’s current situation at the Bernabeu difficult to stomach.

“James and I are brothers, we forged an incredible friendship in Munich,” the Barcelona star told Win Sports .

“We talk all the time, on holiday we did and it’s annoying that he has problems with the coach.

“James has a high level to play as a starter for that team and I don’t know why they didn’t give him a chance this year.”

Vidal went on to advise James to try and rediscover his best form elsewhere, while insisting he still has plenty to offer at the highest level.

“I hope he takes the best decision and begins to play,” the Chile international added.

“I think people, football admirers, love to see quality players and James is one of them.

“He has to grow, search for his future and find a place to play and enjoy football.”


Source link
2020-07-29
admin
Share
Previous WWE star Seth Rollins shows off brutal back gashes after savage beating by Dominik Mysterio on Monday Night RAW
Next Benzema: I think about the Ballon d’Or all the time