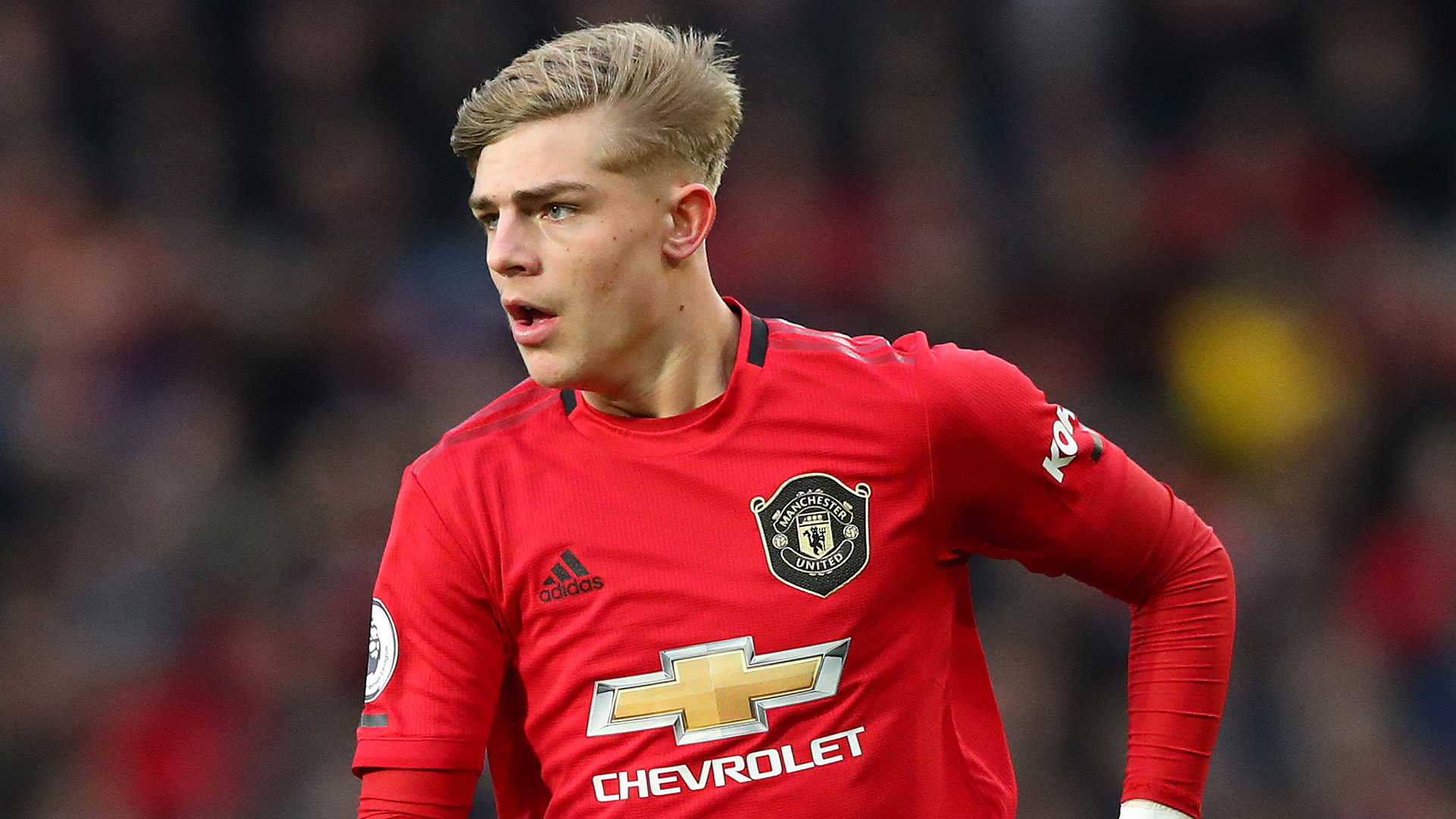 Ole Gunnar Solskjaer spoke glowingly of the youngster, who was rewarded with a new contract this week

Brandon Williams has been “perfect” for Manchester United this season, manager Ole Gunnar Solskjaer said on Sunday, as the teenage defender spoke out about his rapid rise.

Left-back Williams has shot to prominence, making his first-team debut in the EFL Cup against Rochdale last September and swiftly becoming a fixture in Solskjaer’s plans.

He should start against Copenhagen in Man Utd’s Europa League quarter-final on Monday, with Solskjaer having no doubt the 19-year-old is ready for such stages.

Williams was selected as the player to face the media in a news conference and shed a little light on why there is a spark of aggression in his game.

“I think it’s from when I’ve been a kid here from the age of eight,” said the academy graduate.

“It’s drilled into you from a young age what this club means. It’s part of the DNA to have that inside you, but you’ve got to have it controlled and not over the top.

“That’s from what the United coaches over the years gave me.”

Like most youngsters given a chance of top-level football, Williams is obliging to those above him, so as he sat next to Solskjaer it was no surprise he said he was happy to feature “wherever the manager wants me to play”.

Brandon Williams: “It’s been a crazy season for me and my family; I started the season in the Reserves and now I’m playing for the first team.

“I’m just focused on what I’m doing — working hard so I can keep on improving.” #MUFC #UEL pic.twitter.com/9yynNuOuEa

He was rewarded with a new four-year contract in the past week, but Williams is wary that a fall could yet follow his impressive scaling of the club’s ranks.

“It’s been a crazy season for me, myself and my family to be honest,” he said.

Asked at what point he felt he had established himself as a first-team player, Williams said: “I think it’s not a case of that, because at any time I can drop down into the Under-23s or pick up an injury or anything.

“I’m just focused on what I’m doing. I want to keep working hard, improve on as many things as I can improve on, and try to play as many games for the club as I can.”

Solskjaer, keen to push through young players with promise, added: “It’s a great achievement for him this season and he’s been perfect for us.”

The game is not all about youth though, with Solskjaer preparing for a reunion with an old friend and former Norway team-mate in Copenhagen boss Stale Solbakken.

Solbakken said Copenhagen would have to play the “perfect” game and hope that United “don’t fire on all cylinders”.

“We need to take the one, two or three chances we get in a match like this,” Solbakken said.

“The chances are not great, but it’s an advantage for us that it’s over 90 minutes and not 180 minutes. You shouldn’t put your house on us tomorrow, but we will give everything.”

Solskjaer recalled first playing against Solbakken in 1995 and compared their careers of fluctuating fortunes. Solbakken is enjoying his second spell at Copenhagen, after less successful stints with Cologne and Wolves.

“In a similar way he’s had his ups and downs but he’s really come through again,” said the United boss, who recalled how in 2011 Solbakken helped him secure his coaching badges.

“I went to Copenhagen to do my study for the Pro Licence, which was very kind of him to let me in. They lost to Chelsea [then] so hopefully this time they’ll lose to us.”