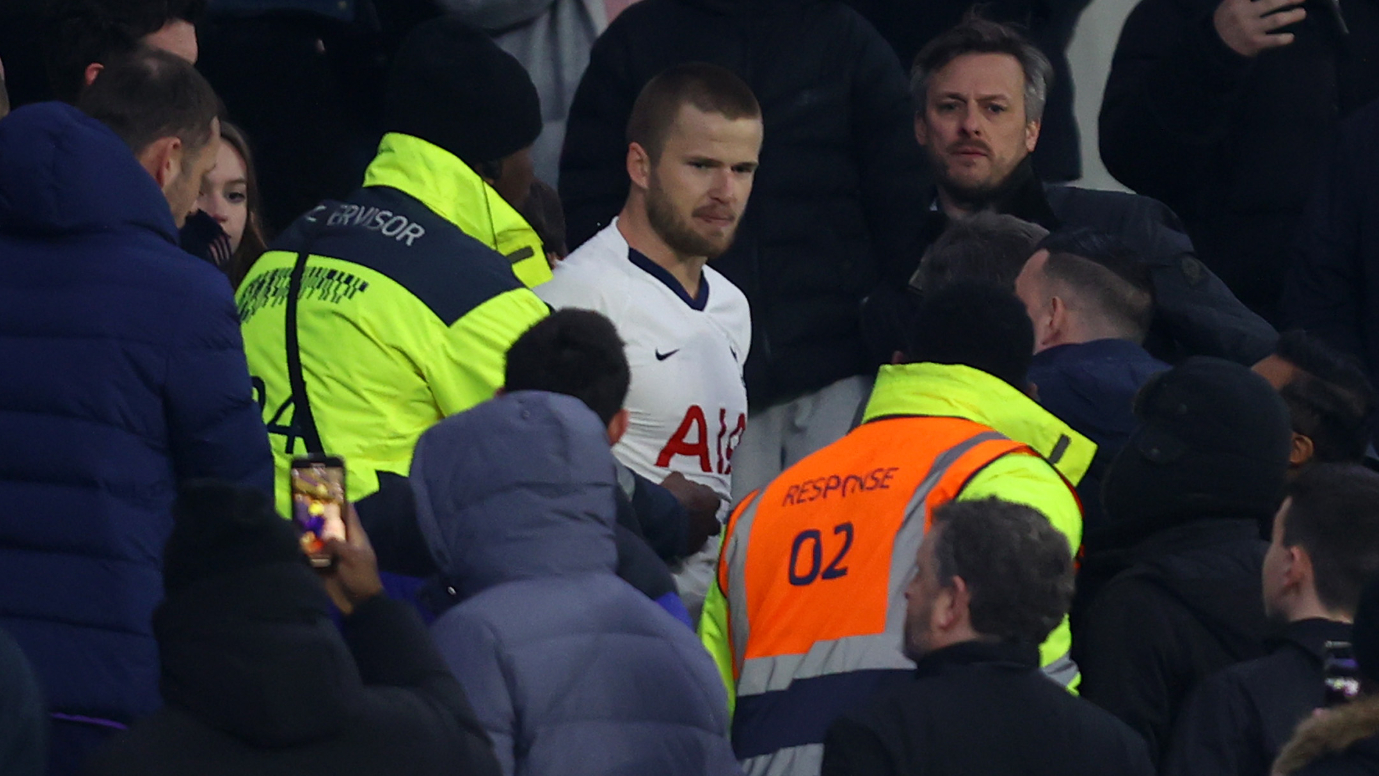 Eric Dier has called on authorities to do more to combat the abuse players receive from fans, describing it as a “massive problem”.

The England international was hit with a four-game ban and a £40,000 fine this month for going into the stands to confront a fan after Tottenham were knocked out of the FA Cup by Norwich in March.

Dier chased the fan because he had become involved in an altercation with the Spurs player’s brother.

While the 26-year-old refrained from discussing the incident, he called on the Football Association to do more to protect players.

“I’m not going to risk getting in any more trouble, because my views on it are very strong,” he told The Guardian.

“It is being addressed, but it needs to be addressed even more. I have no problem with anyone criticising my footballing ability at any time, but when it’s anything more than that then there is a big problem.”

Dier signed a four-year contract with Spurs this week, having regained his place in the starting side at centre-back since Jose Mourinho replaced Mauricio Pochettino at the helm.

And he is enjoying life under the Portuguese coach during a pivotal time in his career.

“Playing with Wayne Rooney [for England], being managed by Mourinho – you can’t imagine that when you’re a kid,” he said.

“It never seems realistic. But time is a funny thing. I was delighted when Mourinho arrived, not just for me but because it showed clearly the direction the club wanted to go in.

“He’s a manager that is only interested in winning trophies and the one thing I know is that he will go into every competition trying to win it. His history speaks for itself. Everywhere he has gone, he has won. That fills me with confidence but not just that, it carries a very heavy weight. So we need to listen to everything he says and follow him if we want to do the same here.

“Mourinho’s message to me was very clear: ‘OK, prove it to me,’. I never want to be seen as a utility player, even if I am always available to play anywhere for the team.

“I felt like turning 26, it was time for me to specialise, to stick my neck out and say: ‘This is where I see myself, this is where I can be one of the best’.

“We have the Palace game which is huge for us but I’m really excited for next season, to have a pre-season with the manager and a clean slate in terms of the table with the manager.”