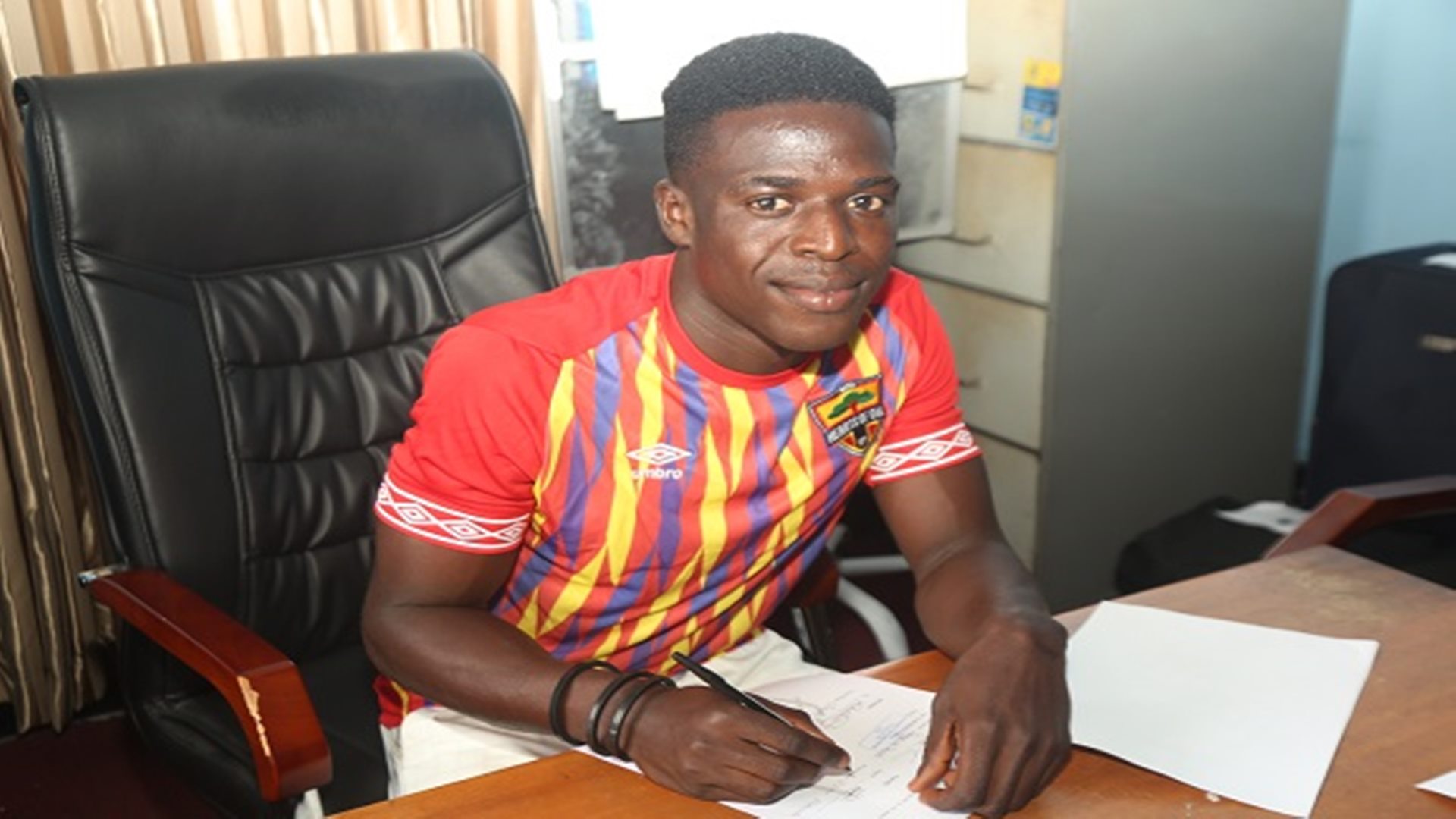 Ghana Premier League club Hearts of Oak have made another addition to their squad with the acquisition of forward Isaac Mensah.

The striker has joined the Accra-based side in a three-year deal from lower division fold Nkoranza Warriors.

He is the latest to join the Phobian family following the likes of former Bechem United ace Abedenago Tetteh and returnee defender Nuru Sulley.

“Accra Hearts of Oak is delighted to announce the signing of Isaac Mensah from Division One outfit Nkoranza Warriors after successful negotiations,” Hearts announced on their official website on Wednesday.

“The striker has signed a three-year deal with the capital club and will join his colleagues to prepare for the start of the new season when the green light is given for football to return after the coronavirus pandemic has been calmed.

“Mensah started for Nkoranza Warriors in the season just gone by that was cancelled due to the Covid-19 breakout. He scored eight goals for the Division One, Zone One side including four in a single game against Gbewaa FC before the season was called off.

“Mensah started his career at youth side Royals SC at Konongo in the Ashanti region before making the switch to Nkoranza a couple of seasons ago.”

Ahead of next season, Hearts have also already secured the services of Nigerian striker Danjuma Ademola Kuti and Ivorian attacker Eric Dizan Bi.

“I am very happy to have signed for a huge club like Hearts of Oak and, I cannot wait to get started with my new teammates,” Mensah said.

“It is every young players’ dream to play for a big club at the highest level and I want to help the club win trophies and leave a good imprint at the club.

“I want to make the fans happy with good performances and, I will work hard to repose the trust imposed in me by the team.”

Hearts are the second most successful club in the history of the Premier League, having won 19 titles.

The Phobians also won the Caf Champions League in 2000, the Caf Super Cup in 2001 and the 2004 Caf Confederation Cup.