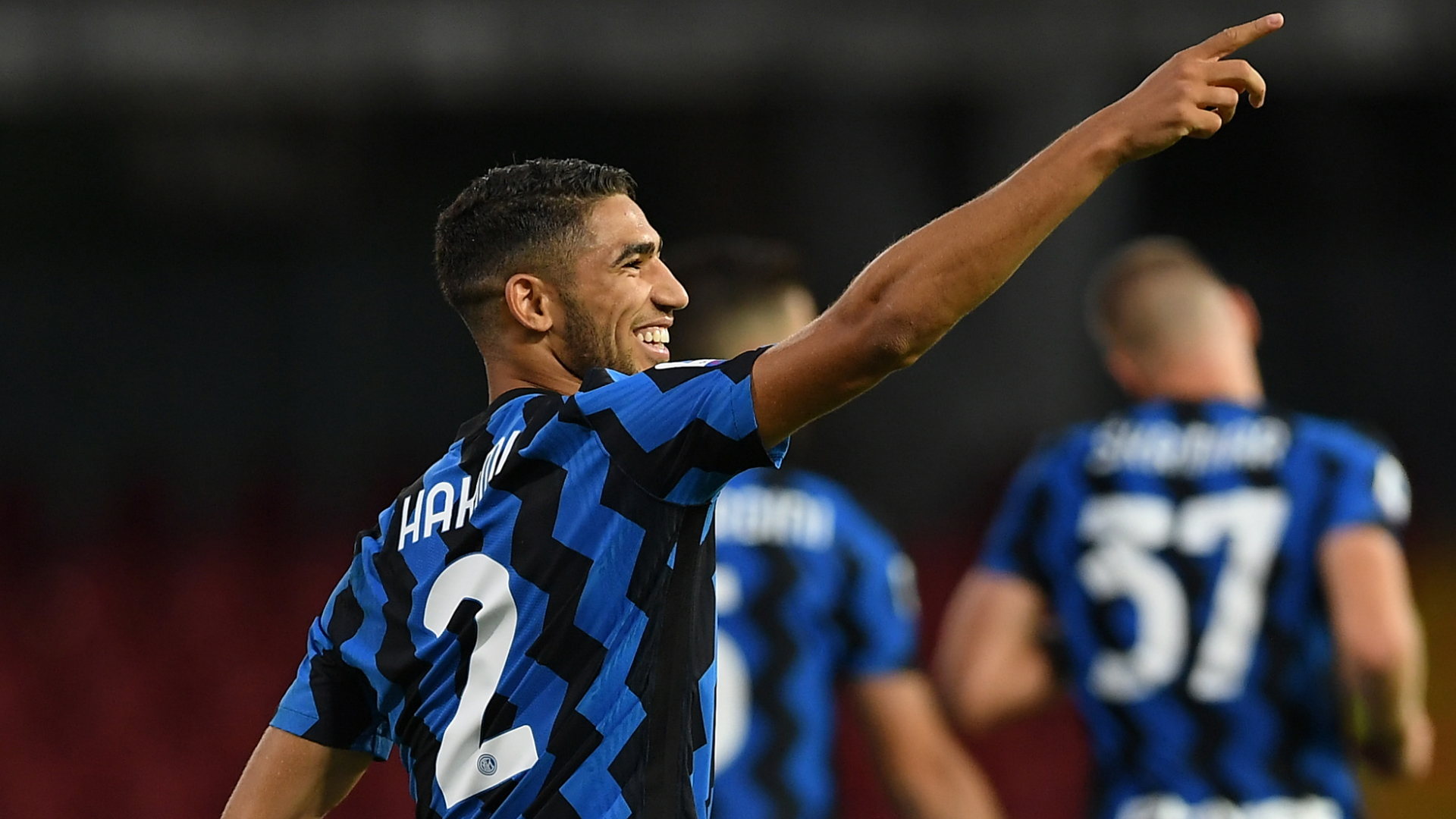 Inter Milan boss Antonio Conte has described Achraf Hakimi as the most important acquisition of the summer transfer window after starring in his first start in the Nerazzurri’s 5-2 win at Benevento.

The 21-year-old Moroccan who joined from Real Madrid, made his debut in their 4-3 victory at home to Fiorentina on Sunday, coming on for Ashley Young after 65 minutes.

He made an even bigger impression on Wednesday, first assisting Romelu Lukaku’s goal before adding one for himself which made him the first Inter player to score and assist in his first two league games for the men in blue and black stripes since his countryman Houssine Kharja did so in 2011.

Conte was impressed with Hakimi’s contribution, but says there’s still room for improvement.

2 – Achraf #Hakimi has provided an assist in both his first 2 games played for Inter: the last Nerazzurri player to made an assist in the first 2 Serie A apps was Houssine Kharja in 2011. Morocco. pic.twitter.com/z2gnclsO38

“Hakimi is a player with great potential, he was born to make the fifth in midfield having important offensive propensities. He needs to improve in defence, playing with three central players enhances his qualities,” Conte told Sky Sport Italia.

“He is the important investment of this market, he must continue to work but he gave a good interpretation of the game. Let’s hope this continues.”

Hakimi was also pleased with his performance and asserts he is learning to adapt quickly to his new surrounding. He also believes Inter can win the title this year having lost out to Juventus last season after being in control during the earlier part of the campaign.

“I’m very happy with how I have adapted to the team. I still have to learn certain mechanisms, but I’m happy to be able to put my qualities in the service of the team. Some moves are similar to those I did in Dortmund, I have the skills to play in this position,” the former Borussia Dortmund player said.

“My teammates have helped me a lot, and I am learning quickly. The Scudetto? We are working on this, we a great team to fight for this goal. And we want to try. “

Also speaking about Hakimi, Inter centre-back Milan Skriniar said: “Hakimi is very fast, good, attacking and defending. He is very good on the right. He will certainly give us a great hand.”

Inter will be on another Serie A road trip, this time at Lazio on Sunday.