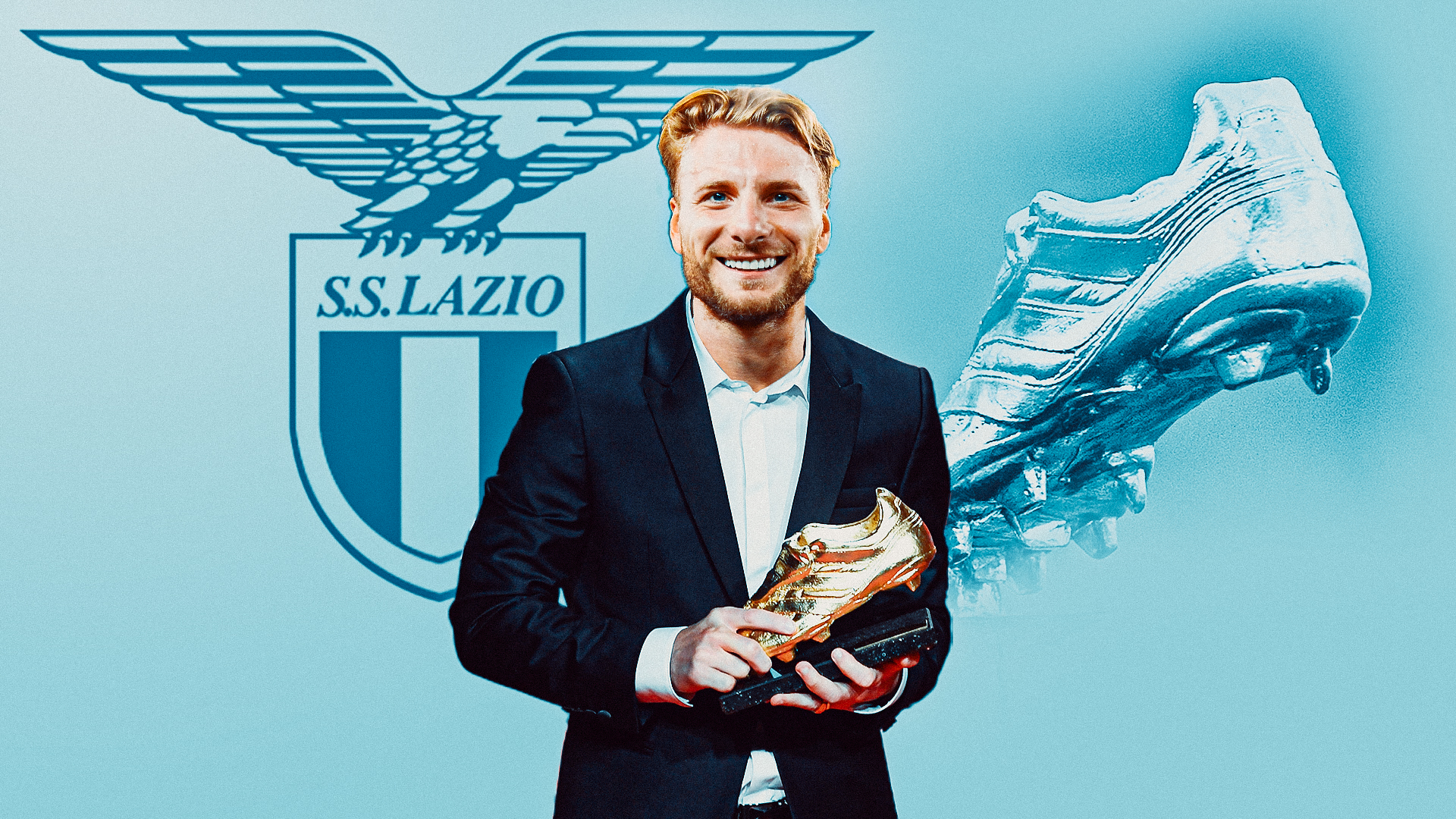 The Italy international has enjoyed a remarkable 2019-20 campaign, with a number of iconic frontmen left trailing in his wake

Lazio striker Ciro Immobile has beaten the likes of Cristiano Ronaldo, Robert Lewandowski and Lionel Messi to the coveted Golden Shoe for 2019-20.

The Italy international has enjoyed a remarkable season in front of goal, with his best-ever return posted in league competition at 30 years of age.

Veteran frontmen have set the standard in what has been an eventful campaign for all concerned.

While Immobile tops the charts with 35 Serie A efforts to his name, his closest challengers are all seasoned performers who have made a career out of terrorising opposition defences.

Lewandowski, with 34 Bundesliga goals at Bayern Munich, is now 31 years of age, while five-time Ballon d’Or winner Ronaldo – who sits third on the Golden Shoe list after netting 31 times for Juventus – has passed his 35th birthday.

Barcelona superstar Lionel Messi, who registered 25 La Liga goals, is 33, and the leading marksmen on a Premier League stage – Jamie Vardy of Leicester (23 goals) and Arsenal’s Pierre-Emerick Aubameyang (22) have both passed their 30th birthday.

They will all be expected to maintain their stunning standards when competitive football returns after a short break for the 2020-21 campaign.

It is, however, Immobile who can revel in the fact that he currently sits at the top of the European goal charts.

He also has one more opportunity to raise his tally even further, with Serie A the last of the major divisions in Europe to finish the campaign.

Lazio will bring the curtain down on their season with a trip to Napoli on Saturday, with their top scorer needing just one more goal to match the Italian top-flight record haul of 36 set by Gonzalo Higuain when he was in Naples in 2015-16.

Immobile is already guaranteed to finish as the most potent frontman in Serie A, as Juventus have taken the decision to rest Ronaldo for their final outing against Roma – with Maurizio Sarri keeping one eye on a Champions League clash with Lyon on August 8.

The Portuguese superstar is still waiting to get his hands on a first Capocannoniere, but that wait will be extended by at least another 12 months – as will Ronaldo’s pursuit of a fifth Golden Shoe.

The only other member of the top 10 that can add to their tally from this point is Romelu Lukaku of Inter – who is set to face Atalanta on Saturday – but the Belgian has only 23 goals to his name at present and would need to break all kinds of records in order to top Immobile.


Source link
2020-08-01
admin
Share
Previous Azpilicueta: No one knew who I was when Chelsea signed me but I never considered quitting
Next 'Perhaps the crucial call will come today' – Bosz drops Havertz to Chelsea hint