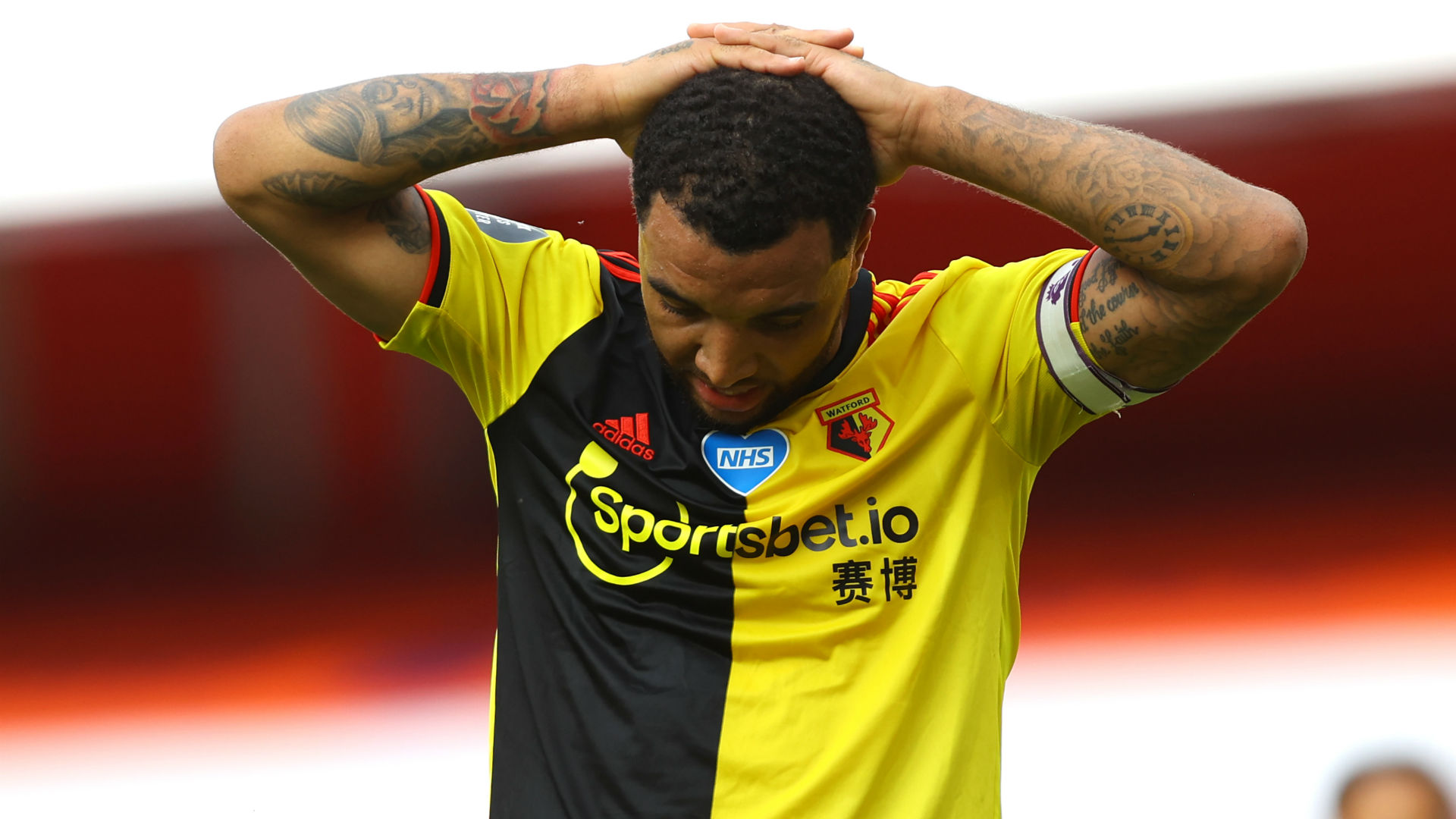 Troy Deeney brushed off questions over his footballing future after suffering relegation to the Championship with Watford on Sunday.

The Hornets started the final day of the Premier League season in the relegation zone and were unable to produce a great escape, going down to a 3-2 defeat away at Arsenal.

Watford showed fighting spirit through to the end, though Deeney admitted they had simply not been good enough throughout a campaign that saw three permanent managers in charge.

But he put a brave face on his disappointment to face up to speculation over whether he would hang up his boots.

“I’m not that old, you cheeky b*stard!” the 32-year-old joked to Sky Sports, before apologising for his coarse language on camera.

“You’ve got to look at the bigger picture. It’s not a today moment, it’s not about the last week, it’s a reflection of the last year.

“We’ve not quite been good enough at both ends of the pitch and it showed again today.

“It’s frustrating. It’s disappointing. It’s heartbreaking for the people who work behind the scenes. A lot of people who are at clubs normally get affected by relegation. We feel sorry for them.

“I will take the stick in regards to what comes social-media wise, but the harsh reality of it is that people will probably lose their jobs because we haven’t been good enough.

“As players, we have to step forward and take that, and as a club and community we will go again.”

Deeney caused a stir in October 2017 when saying Arsenal – then managed by Arsene Wenger – had lacked “cojones” after letting slip a lead to lose 2-1 at Vicarage Road.

While the 32-year-old – who revealed he had played through a knee injury for a month – has no doubt some will come back at him for the jibe, he is unsure if he will be at Watford next season.

“I don’t know if this is going to be my last game for Watford. You do your job, you front up to it, this is the harsh realities,” he said.

“I’ve got a knee operation next week, but clubs can go in different directions. I’m not saying it is my last game, but if it is, I feel I went out on my shield and gave everything I had.”