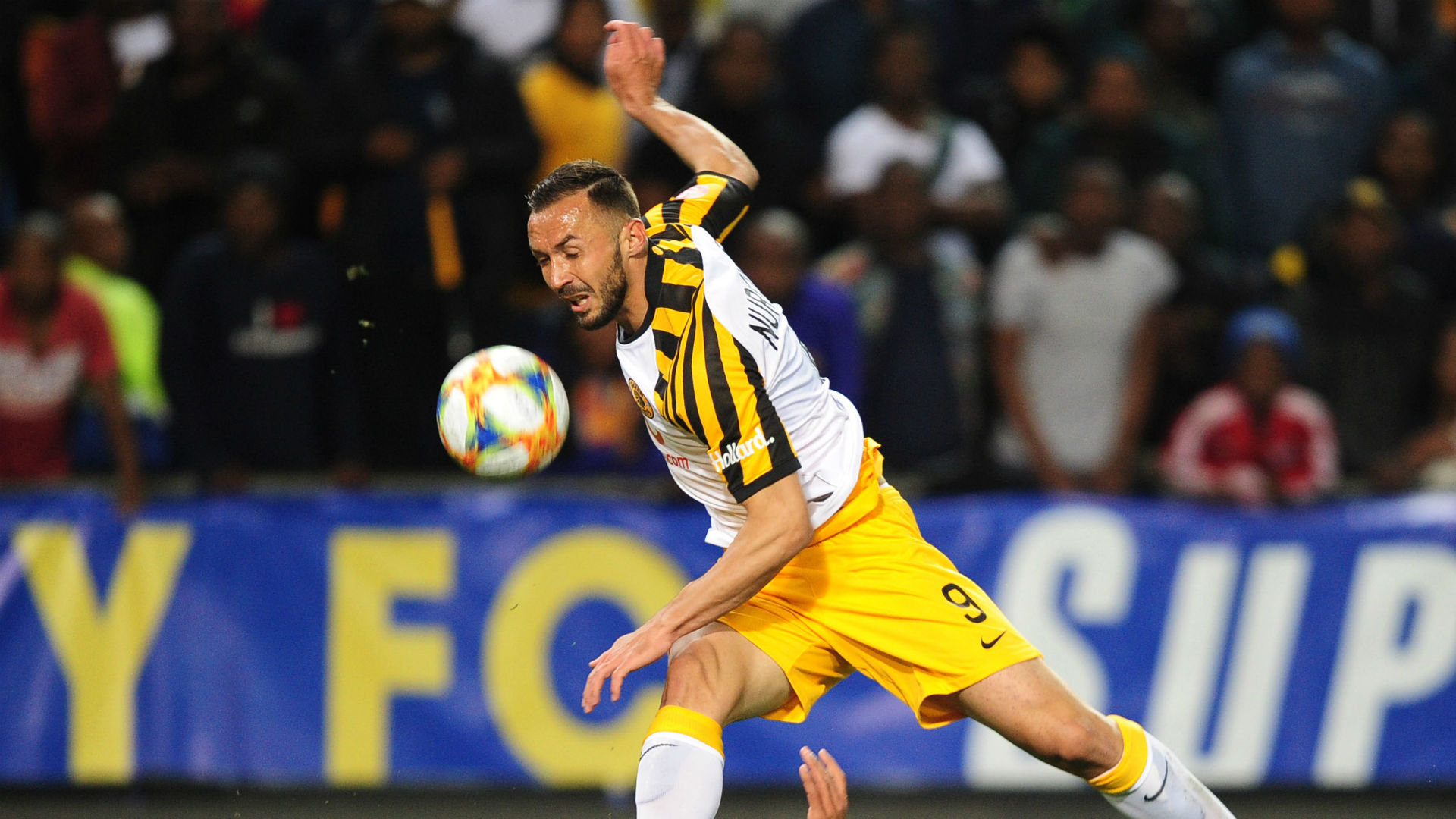 Kaizer Chiefs striker Samir Nurkovic was unhappy with the outcome of their clash with Bidvest Wits on Wednesday evening.

The two Johannesburg teams resumed their 2019/20 Premier Soccer League (PSL) campaign with a 1-1 draw at Orlando Stadium in Soweto.

Nurkovic opened the scoring for Amakhosi with a header nine minutes before half-time, before Cole Alexander snatched a late equalizing goal for the Clever Boys.

The Serbian striker tormented Wits defence throughout the match and he was named man of the match at the end of the encounter.

The man nicknamed Kokota cut a disappointed figure as he admitted he was not pleased with a point as Chiefs failed to extend their lead to six points atop the PSL standings.

“My job as a striker is to score as many goals as possible to help the team because we are all fighting for the same goals,” Nurkovic told SuperSport TV.

“Me personally, I am not happy with one point but this is football.

“Sometimes you win, lose, draw. it doesn’t really matter. All we have to do is focus on the next game.”

Nurkovic, who is enjoying a dream debut season in South African football, has now netted 12 goals in the league plus one in the Telkom Knockout Cup.

His goals in the league have helped the Soweto giants maintain their charge for the PSL title which they last won in 2015 under British coach Stuart Baxter.

Chiefs restored their four-point gap which they had over second-placed Mamelodi Sundowns during the recent break, enforced by the coronavirus pandemic between March and August.

Sundowns played to a 0-0 draw with their Gauteng rivals Orlando Pirates at Dobsonville Stadium on Tuesday, before Amakhosi were held by Wits on the following day.

Both teams will be in action later this week with Sundowns set to take on Highlands Park at Dobsonville Stadium on Friday.

While Chiefs will travel to Loftus Versfeld Stadium where they are scheduled to face Polokwane City on Saturday.

Nurkovic, 28, and his Amakhosi teammates will be looking to avenge the 1-0 defeat they suffered at the hands of Polokwane in the first round of league action.