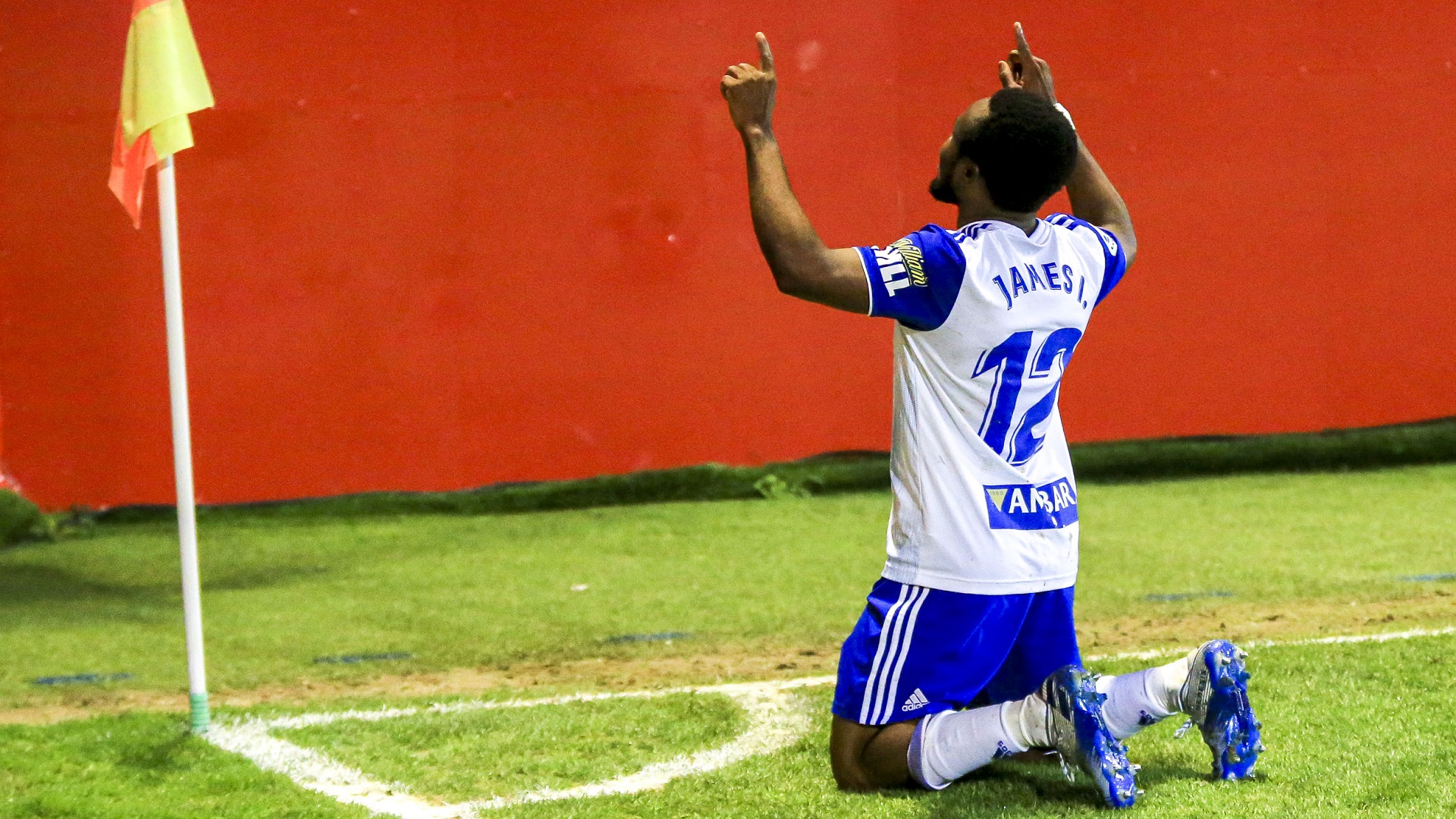 Having defeated Los Blanquiazules on Monday, the Nigerian’s club will now stand a chance to push for a place in the Spanish top division

James Igbekeme’s Real Zaragoza will compete for a place to secure LaLiga promotion after defeating SD Ponferradina 2-1 in the Spanish second tier’s last game of the season.

Goals from Miguel Linares and Alex Blanco sealed all points at stake for the Zaragozans – rendering Ivan Rodriguez’s strike to mere consolation.

Ponferradina levelled matters five minutes into the second-half after Asier Benito’s cross from the left was headed at the far post by Rodriguez.

Despite the goal, the hosts continued to dominate possession. Their dominance paid off Blanco after drilling home a pass from Dani Torres.

25-year-old Igbekeme who has featured 26 times this season with a goal to his credit was not listed for the encounter as well as Moroccan defender Jawad El Yamiq, who is on loan from Italian topflight side Genoa.

Thanks to the result, Zaragoza finished the league with 65 points from 42 games behind winners Huesca and Cadiz who secured automatic tickets to the Spanish elite division.

Meanwhile, manager Victor Fernandez is now looking forward to the play-offs where his team will battle Almeria, Girona and Elche for a ticket to LaLiga.

“We have done our job, which was to win. Today we needed to do it and it has been a tremendous boost in morale. What happened in the locker room after the game ended was very important. We have recovered the smile and we have accompanied that with a triumph,” Fernandez said after the game as reported by club website.

“At least we are going to compete with more players and more weapons. The sooner we know the rival the better;  it is important to plan the match and face those finals with the maximum guarantees.

“I continue to say that the house is in order and things are in place. We will not give up and we will continue fighting until the last moment. Now the scene changes, nobody believes in us and we will see what the playing field dictates. Let’s get ready.

“The most important thing is the confidence that this triumph gives us and how they have embraced each other.”