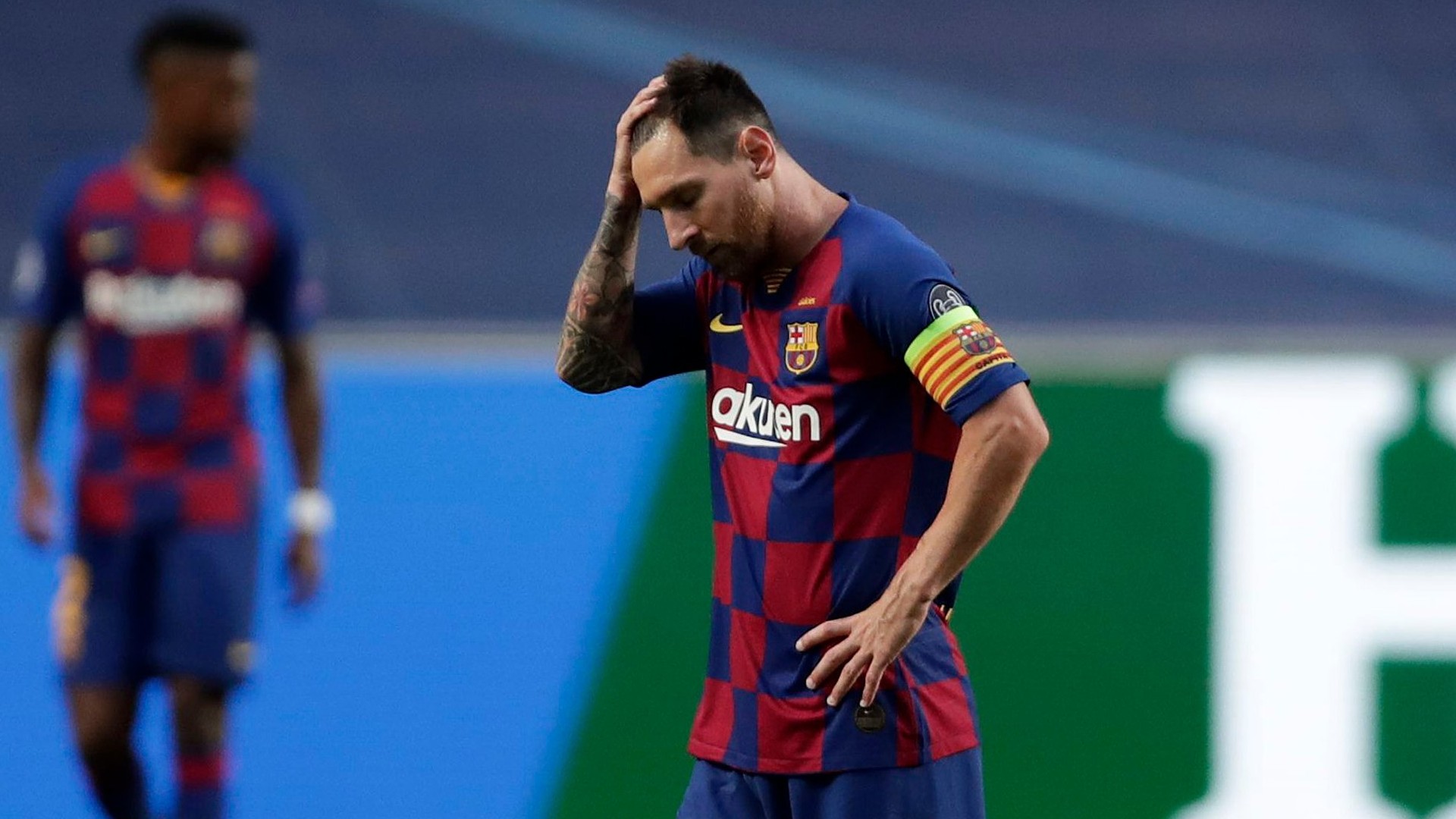 The Catalans were put to the sword by the rampant Bundesliga champions, exiting Europe in embarrassing fashion

Barcelona‘s attempt to bring the Champions League back to Camp Nou after a five-year absence ended in humiliation on Friday, as Bayern Munich trounced them 8-2 in the quarter-final.

The match in Lisbon started poorly for the Catalans as Thomas Muller gave Bayern the lead inside four minutes. Though a David Alaba own goal gave them hope, Barcelona were ultimately undone by the ruthless German champions.

Ivan Perisic, Serge Gnabry, Joshua Kimmich, Robert Lewandowski, a brace from Philippe Coutinho and another goal from Muller would add further misery for Barca, who got a second-half goal from Luis Suarez that was a mere consolation.

The Bavarians will move on to face either Manchester City or Lyon in the semi-final while the Catalans will head back to Spain to lick their wounds and contemplate a season with no trophies.

There was plenty of reaction as Lionel Messi and Co. were humiliated in the Champions League last eight.

This is the 3rd straight year Barcelona haven’t put Messi on the field in the biggest game of the season. How do they explain this decision?

Tonight is the first time Barcelona have ever conceded five goals in a Champions League match.

Tough to take for fans so used to success.

Bayern Munich are playing a UCL quarter final against Barcelona and they are now resting players with 15mins left. The disrespect!!

One of the biggest lies Barcelona have been telling themselves for years is thinking that the Cruyffian style is only achieved with technical players.

You need athleticism. Look at some of the most successful tiki-taka teams. They still had physical beasts all over the pitch.

Real Madrid destroyed them in La Liga and here we are Bayern Munich doing the same in the Champions League. Worst season for Barcelona in many years. Could be Messi’s last #UCL in Barcelona’s jersey.

Messi used to find you in Barcelona when Argentina disappointed him and now Barcelona’s turned into Argentina. Hate to see it.

There’s the absolute ignominy of it all. The player they spent £146m on, loaned out because they didn’t fancy him, sets one up and then scores the seventh. No wonder Philippe Countinho looked sheepish. Barcelona: the broken club.

8-2. That is disgusting. This will be remembered for a very long time. The end of Barcelona.