I was assigned bodyguards after scoring in Manchester derby – Benjani 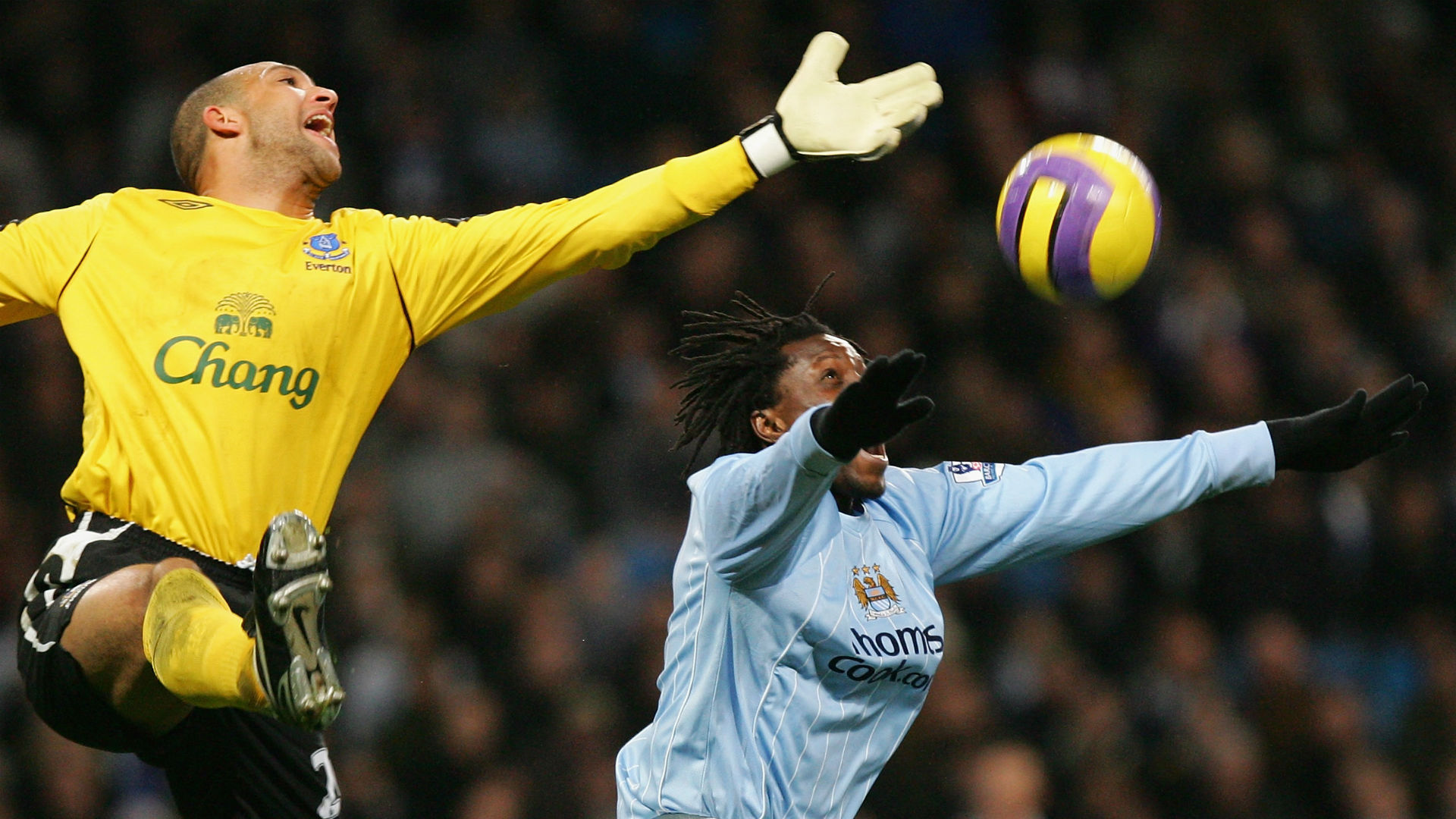 Former Manchester City forward Benjani Mwaruwari says he “became an instant hero” after scoring on his debut for the Citizens in the derby showdown against Manchester United in February 2008.

After being signed by Sven-Goran Eriksson from Portsmouth, Benjani immediately repaid the Swede for his faith in him a few days later by scoring on his maiden appearance for City against old foes United at Old Trafford.

“That is the kind of a game that you don’t forget until you die,” Benjani told The Sunday Mail.

“That single goal in the Manchester derby changed everything for me. I became an instant hero, remember this was my debut for City and scoring in such a big game was no mean feat.

“When I arrived at City I didn’t know the history associated with the Manchester derby in terms of head to head clashes. I only realised I had done something big when journalists started talking about that victory being the first for City at Old Trafford since 1974.”

Benjani says he became a security risk after he had sunk United, prompting City to provide him with bodyguards.

“It made me famous, the fans accepted me, and players embraced me. Sometimes you are not that good as a player but if you work hard you can achieve your goals,” said Benjani.

“After that match, the club even assigned bodyguards to protect me for two weeks as they feared something bad could happen to me. “But, being someone who was raised in Magwegwe back in Bulawayo, I later told them I didn’t need any protection.

“You see, I was brought up in a tough environment back home in Bulawayo and that kind of hardened me.”

This was two years after he had arrived in the Premier League from Ligue 1 side AJ Auxerre.

“Arsene once assured me he would sign me if I continued excelling. However, it was Portsmouth who came in earlier and after Wenger’s recommendation, Harry Redknapp signed me in 2006,” said Benjani.

Other spells at Blackburn Rovers and Sunderland marked the Zimbabwean’s days in the Premier League and lifting the 2008 FA Cup with Pompey was arguably his biggest achievement during his time in England.