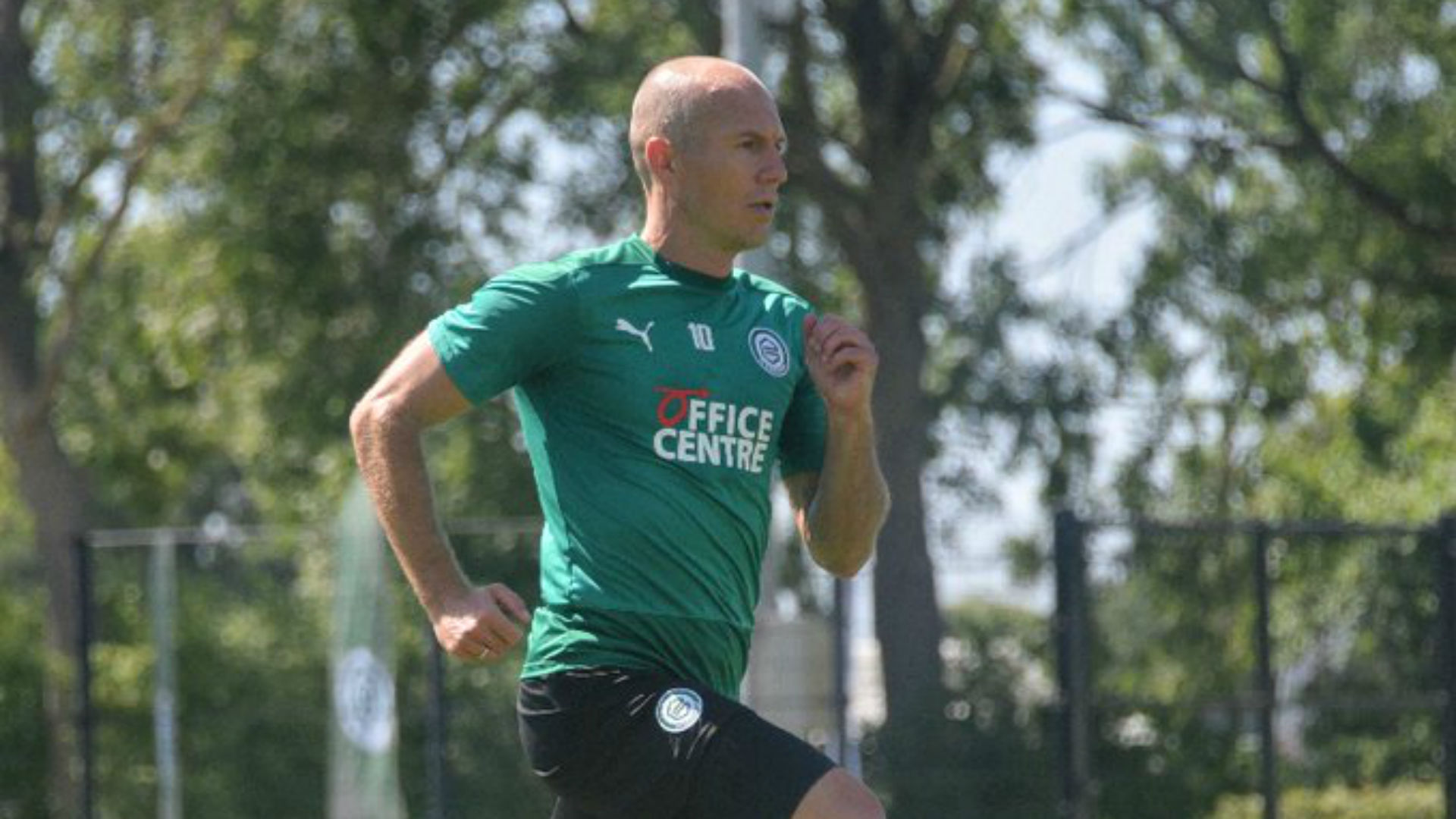 Arjen Robben will not make his first appearance for Groningen against PEC Zwolle on Friday after he requested not to be considered for selection.

Former Bayern Munich, Real Madrid and Chelsea star Robben came out of retirement and signed a one-year contract with his boyhood club Groningen, who he wanted to help amid the coronavirus pandemic.

The 36-year-old winger was expected to feature against Zwolle but will not take part after feeling the effects of an intense week of training.

“I want to get even fitter before I start competitions. I had a very good training week, where I was able to do things to 100 per cent,” Robben told Groningen’s official website.

“I’m really in a good position, but playing a match is completely different to training. After not having played football for a year, it is logical that you will experience some complaints.

“That is part of the effort you make. The body responds to training, your body has to get used to it again. That is going well, but I thought it was still insufficient to play. I also want to feel 100 per cent that I am ready for competitions. For that, I want to complete more group training first.”

Head coach Danny Buijs said: “Arjen has pushed the boundaries in his training programme last week and touched the limit.

“The efforts he has made in the past week have led to some mild physical complaints in the form of muscle pain and stiffness. It’s very understandable for a player of his age who has not played for a year, but a reason for us not to take any risks.

“We repeat what we have said before: there is a greater purpose. We want to get and keep Arjen as fit as possible for matches. If he can play a role for us in as many matches as possible next season, we will be satisfied.”

Groningen are scheduled to start their 2020-21 Eredivisie campaign on September 13 against PSV, another of Robben’s former clubs.

Robben announced in June that he is returning to professional football, having previously quit in July 2019, in order to help Groningen amid the financial impact of the coronavirus pandemic.