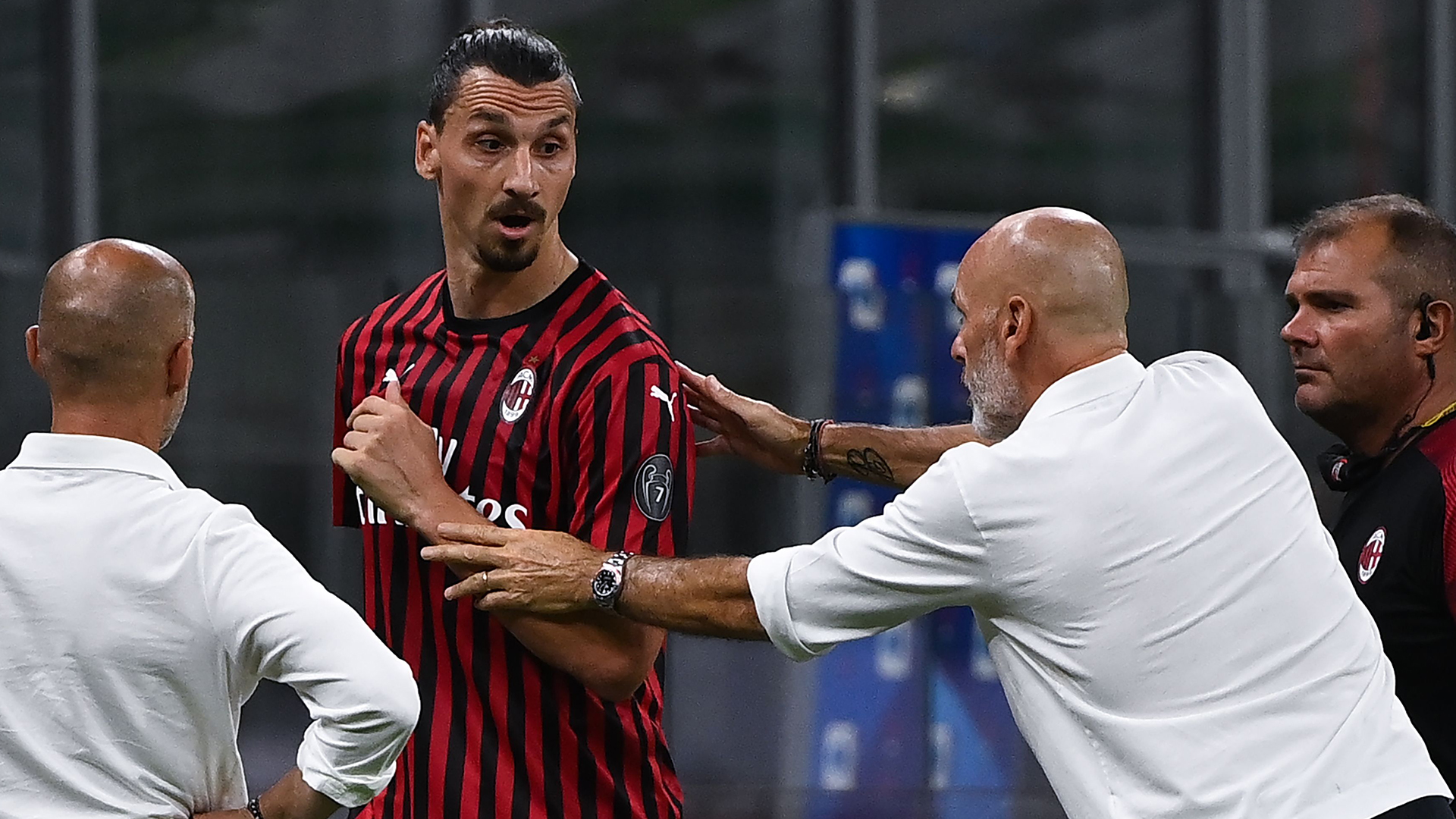 The veteran striker was replaced after an hour in his side’s victory, but he looked annoyed by his coach’s decision

Stefano Pioli said he needed to manage Zlatan Ibrahimovic after the AC Milan star looked angry at being substituted against Bologna.

Ibrahimovic provided an assist before being taken off just after the hour-mark of the Rossoneri’s 5-1 Serie A victory at San Siro on Saturday.

However, the 38-year-old appeared annoyed at being substituted, with a minor altercation ensuing at the touchline as he left the pitch.

Coach Pioli dismissed the idea of a falling out and said he was simply managing Ibrahimovic in order to ensure the veteran striker maintains an acceptable level of fitness.

“He said something, but honestly I didn’t understand. It’s also normal,” the Milan boss told DAZN of the Swede’s apparent irritation.

“I have to manage him, playing so much I need everyone to be well.”

While he did provide an assist in the victory, Ibrahimovic failed to find the net, meaning he was unable to add to his tally of five goals in 14 Serie A appearances this season.

Alexis Saelemaekers, Hakan Calhanoglu, Ismael Bennacer, Ante Rebic and Davide Calabria were on the scoresheet for Milan though.

Sitting sixth in Serie A, Milan are now unbeaten in nine games since returning from the coronavirus-enforced break and Pioli is delighted with his side’s form.

“The team is having fun and this is positive. We played a high-level game, we were good,” said the former Inter and Fiorentina boss.

“It means that we are well and we have gained confidence.”

Pioli was particularly impressed by the contributions of midfielder Franck Kessie in the victory, hailing the Ivory Coast international as “a real leader”.

“Franck is a modern and complete midfielder who does well both attacking and defending,” he noted.

“He’s at peak fitness now and has such presence, he’s always ready and generous to motivate his teammates, so has become a real leader in the squad.”

Milan are in action again on Tuesday when they take on Sassuolo and they will be keen to keep the pressure on Roma as they seek to clinch fifth place.