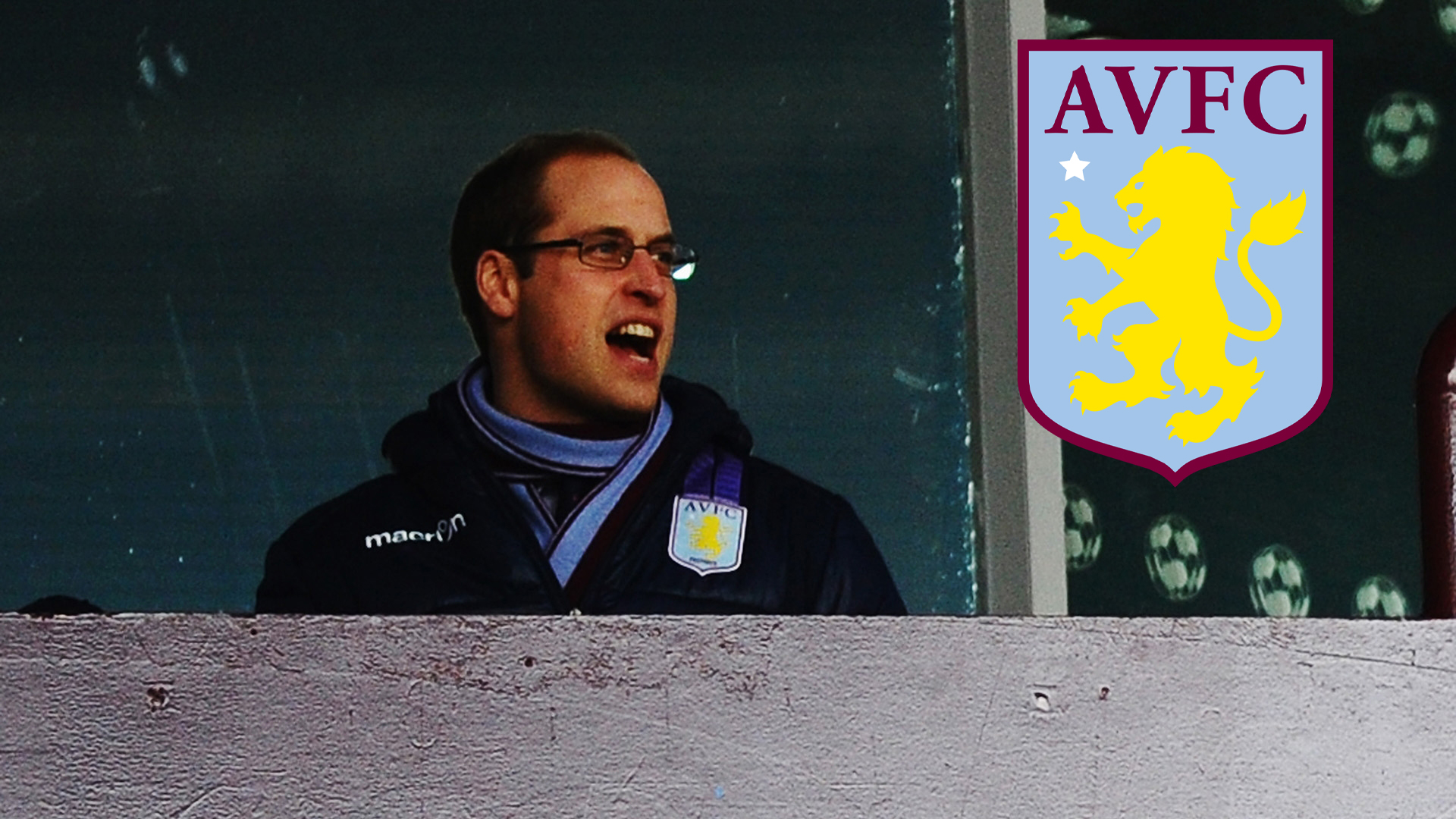 Despite his well-publicised support for the Villans, the Duke of Cambridge said he wouldn’t push his children to follow in his footsteps

Prince William has explained how he ended up supporting Aston Villa.

The Prince’s footballing allegiance has long been a source of curiosity for some fans, given the lack of an obvious local or familial connection to the club.

He tweeted his support after Villa avoided relegation from the Premier League on Sunday, joking that survival was “never in doubt”.

Speaking on the BBC’s That Peter Crouch Podcast , Prince William said: “Only in the last few years have I really got a grip of Villa as my team. I watch them a lot. I get into stats and I watch them every week.

“It was the first FA Cup game I went to. It was a Villa vs Bolton game and I remember sitting in the stands with a beanie on.

“I must have been about 12 or 11 and I went with a load of mates. I sat there amongst all the Villa fans and I loved it. I thought the atmosphere and team ethos was great.

“At the time, I desperately didn’t want to support Man Utd or Chelsea like everyone else at school.

“I liked the idea that Villa had a real history, winning European Cups and stuff like that. I felt a real connection with the club, more than I felt watching some of the other ones. Villa felt like a really proud Midlands club and it felt very special.”

William also said he had taken his children, George and Charlotte, to Villa’s 5-1 win against Norwich earlier in the season – but he wasn’t pushing George to follow in his footsteps.

“I’m trying not to persuade him to be a Villa fan – I’m letting him choose his own way. It’s about finding what fits for him,” he said. “Previously I was a bit concerned about him supporting Chelsea, but now Frank [Lampard] has come in I feel the culture’s a bit different at Chelsea and I’d be ok with it.

“I do like the values and the ethos of the club. I want them to look after the players and set a good example to the young fans. I want our children, when they go the match, to come away loving what they’ve seen, enjoying it and seeing their role models behave in a way that we’d all want them to.”