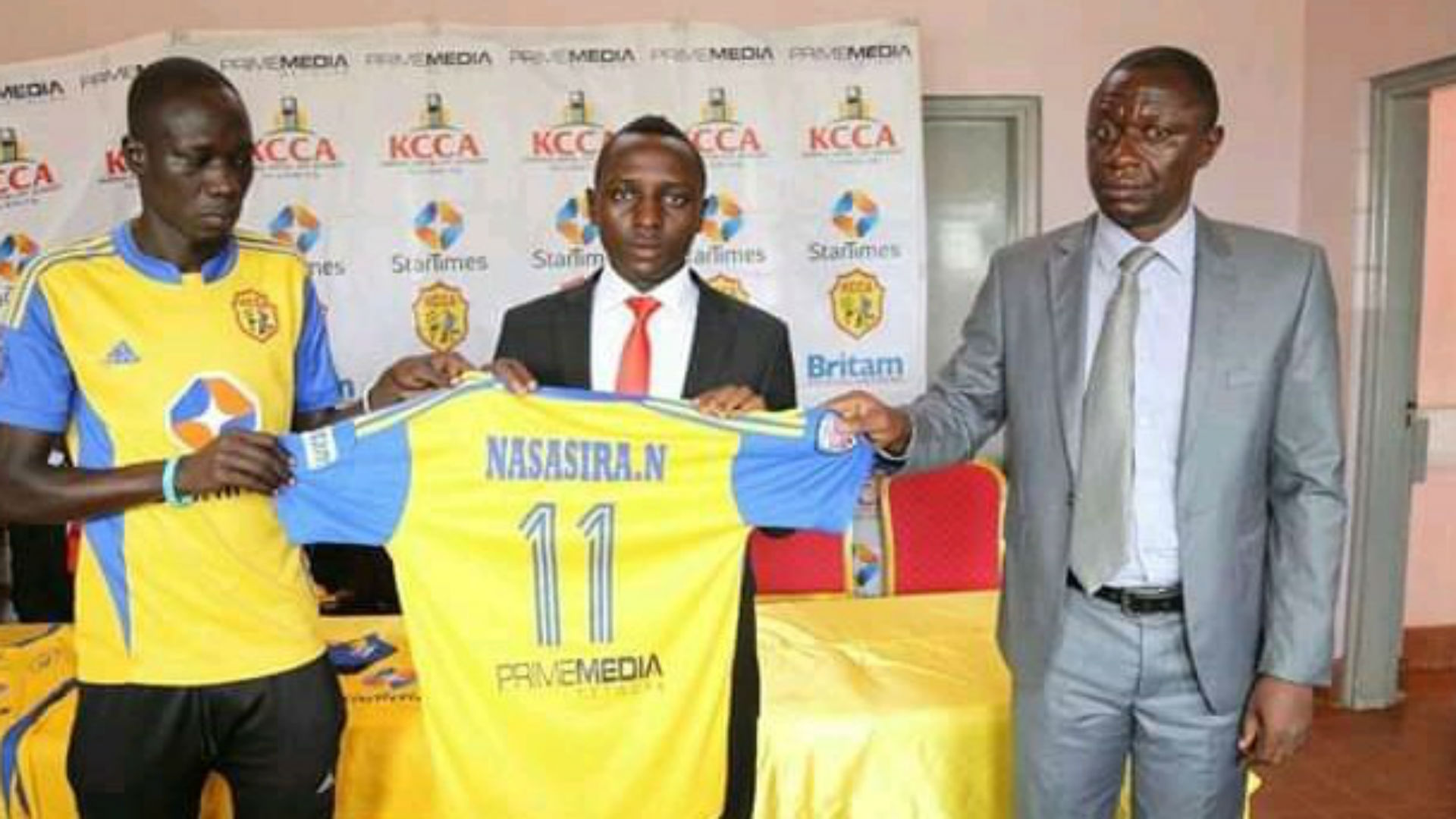 Nasasira was among the six youngsters who were promoted to the KCCA senior team three years ago and two of his then teammates have made big moves whereas his career took what looked like a downturn.

The six who were unveiled with pomp and much anticipation in February 2017 were Allan Okello, Mustafa Kizza, Nasasira, Herbert Achai, Julius Poloto and Peter Magambo.

The youngsters were promoted after they had a successful time with the U17 side but Kizza was returning from a loan stint with Maroons FC.

Tow of Nasasira’s teammates Okello and Kizza have made big-money moves after joining Paradou AC of Algeria and Montreal Impact of the Major League Soccer (MLS) respectively.

“If I was trusted and given enough playing time like it was with the other players, I would have even surpassed the heights of the likes of Okello and Mustafa have reached, you never know,” Nasasira told Sports Nation.

“But anyway, it happens in big teams, especially basing on the position I was playing where there was the likes of Robert Ssentongo, Geoffrey Sserunkuma and Derrick Nsibambi at the time, I might have come at a wrong time I guess.

“I lost confidence and honesty with myself. I failed to understand who truly I was in terms of my capabilities. I lost belief, most especially when I failed to command playing time and ended up not lifting myself up.”

Last year, the forward joined Premier League side Kyetume FC but he did not command a regular starting position. He scored a goal, in the 2-1 win over Busoga United, in nine matches he started

“Life at Kyetume has been so difficult compared to that of KCCA,” Nasasira continued.

“With Kyetume, many things change regularly like the change of coaches among other things. I am not yet certain yet where I will be going but there is also a possibility of staying.”