Breaking News
Home / Teams / ‘I can’t be a coach with this hair!’ – Arsenal star David Luiz will have a trim if he becomes a boss

‘I can’t be a coach with this hair!’ – Arsenal star David Luiz will have a trim if he becomes a boss 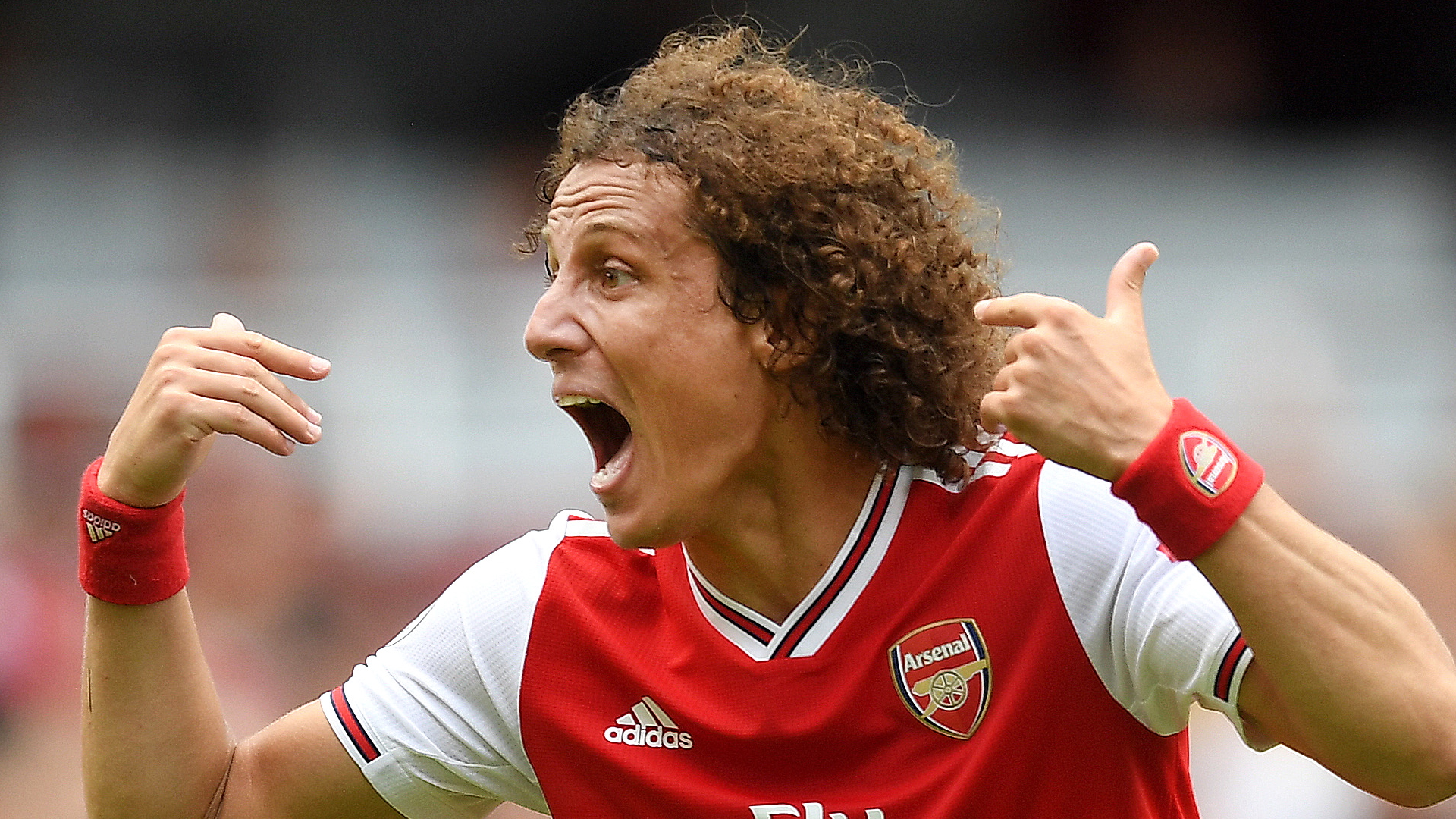 The enigmatic Brazilian defender is famed for his wild, curly locks but says he would favour a smarter look if he ever steps into the dugout

Arsenal defender David Luiz says he will cut his hair if he ever moves into management, but a number of his current club colleagues are not convinced that he will follow through on that promise.

At 33 years of age, an enigmatic Brazilian centre-half is starting to piece together plans for when the day comes to hang up his boots.

He has committed to another 12 months at Emirates Stadium, with Mikel Arteta taking up a one-year option in his contract despite ongoing questions of the South American’s ability to perform on a consistent basis.

Luiz has also expressed a desire to take in a second spell at Portuguese giants Benfica before heading into retirement.

That suggests that he is at least two seasons away from calling it quits.

When that time does come, the former Chelsea and Paris Saint-Germain star has suggested that he will look to head into coaching and pass on the vast experience that he has accrued over the years.

In order to make that transition, though, he may have to smarten up his image.

Luiz claims he would be willing to do that, with his trademark curly locks chopped off, but his Arsenal team-mates – including Alexandre Lacazette, Sead Kolasinac and Hector Bellerin – are not so sure.

Luiz was asked by Esquire, while promotion the Gunners’ new kit for 2020-21, what he would do if going into management.

“I can’t be a coach with this hair, nobody’s going to respect me!”

Kolasinac chipped in with: “Tracksuit. I don’t think David would actually go through with that haircut. He can’t, it’s David! I think he’d look better with his hair.”

Bellerin added: “No way. He wouldn’t be David Luiz anymore. He’d be someone else.”

Luiz has earned favour again during his recent outings for Arsenal, with the mistakes which have been an all too familiar theme in his game being cut out.

A commanding performance was put in during a 2-0 FA Cup semi-final victory over Manchester City, although the Gunners followed up that display with a shock 1-0 defeat away at relegation-threatened Aston Villa.

Mikel Arteta’s side will bring the curtain down on their 2019-20 Premier League campaign with a home date against Watford on Sunday.