Breaking News
Home / Teams / How many penalties have Manchester United been awarded this season?

How many penalties have Manchester United been awarded this season? 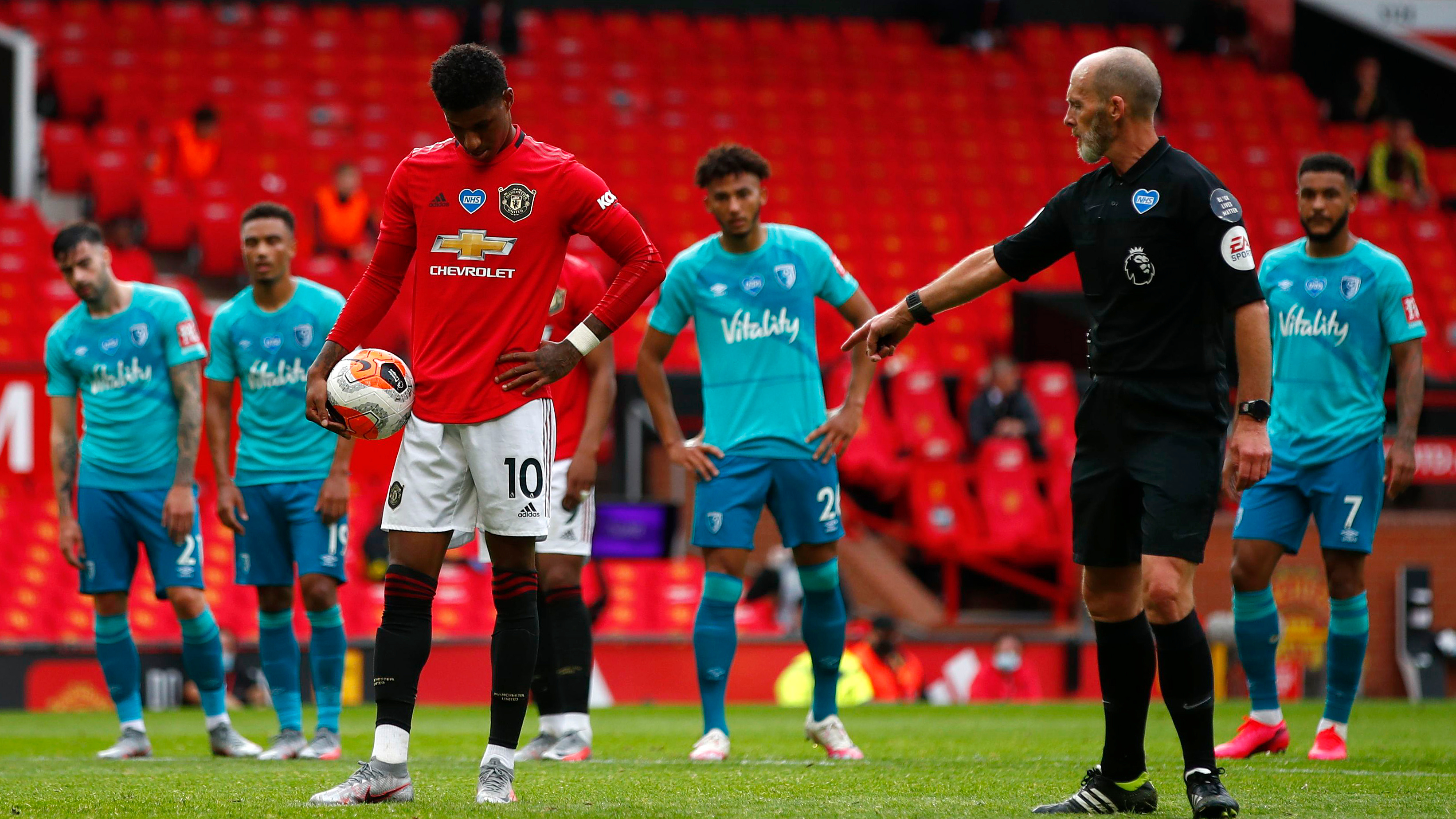 Manchester United ended their 2019-20 campaign on Sunday with yet another penalty as they lost to Sevilla 2-1 in the Europa League semi-finals.

While Bruno Fernandes converted a first-half spot kick for the Red Devils, Ole Gunnar Solskjaer’s side were unable to find another way past their Spanish opponents, who scored the decisive goal with 12 minutes remaining via Luuk de Jong.

Though another season without a piece of silverware for United, it proved to be a successful one in terms of penalties won, with the club awarded a remarkable 22 penalties across all competitions.

That number is the most penalties won in a single season by a club in Europe’s top five leagues since 2015-16 when Barcelona were awarded 24.

The Red Devils’ recent fortune from the spot saw them win a season-high 14 penalties in the Premier League with Solskjaer’s side managing to convert 10 of those. In comparison, league champions Liverpool were awarded just five spot-kicks, while Everton, Newcastle United and Sheffield all won just one each.

Fernandes has personally taken 14 penalties in all competitions this season, while playing for both Sporting and United, with the Portuguese star converting all of them as he enjoyed a successful season in front of goal.

Prior to Fernandes’ arrival at Old Trafford, Marcus Rashford was generally the player that stepped up to spot, with both he and Anthony Martial missing penalties earlier in the season in a game against Norwich. Paul Pogba also failed to convert a penalty in a clash with Wolves that ended 1-1 in August 2019.

In the Europa League, the Red Devils won five penalties and managed convert all of them as they progressed to the final four.

Solskjaer’s side only managed to score via spot-kicks in their final two games in the competition with their 46 shots across the two matches failing to convert on scoresheet.

Speaking after the loss against Sevilla, Solskjaer admitted that the club will need to make signings over the summer if they are compete for silverware next season.

“We need to strengthen the squad depth of course because it’s going to be a long season and only a couple weeks rest until we get going again,” Solskjaer said.

“Of course we’ll keep pushing and keep demanding more of players we have but we’re looking to improve. It’s a strange one. The league starts very quickly but the market’s open for so long. We’ve got to be good, smart and clever.

“I cannot say when or if transfers will be done but we are looking at it and we’ll have to sit down because it’s a quick turnaround. We’ve got to be 100 per cent sure when we make those deals.”