Breaking News
Home / Teams / ‘How do you sleep when you’re not a Simba SC fan?’ – Chama taunts rivals

‘How do you sleep when you’re not a Simba SC fan?’ – Chama taunts rivals 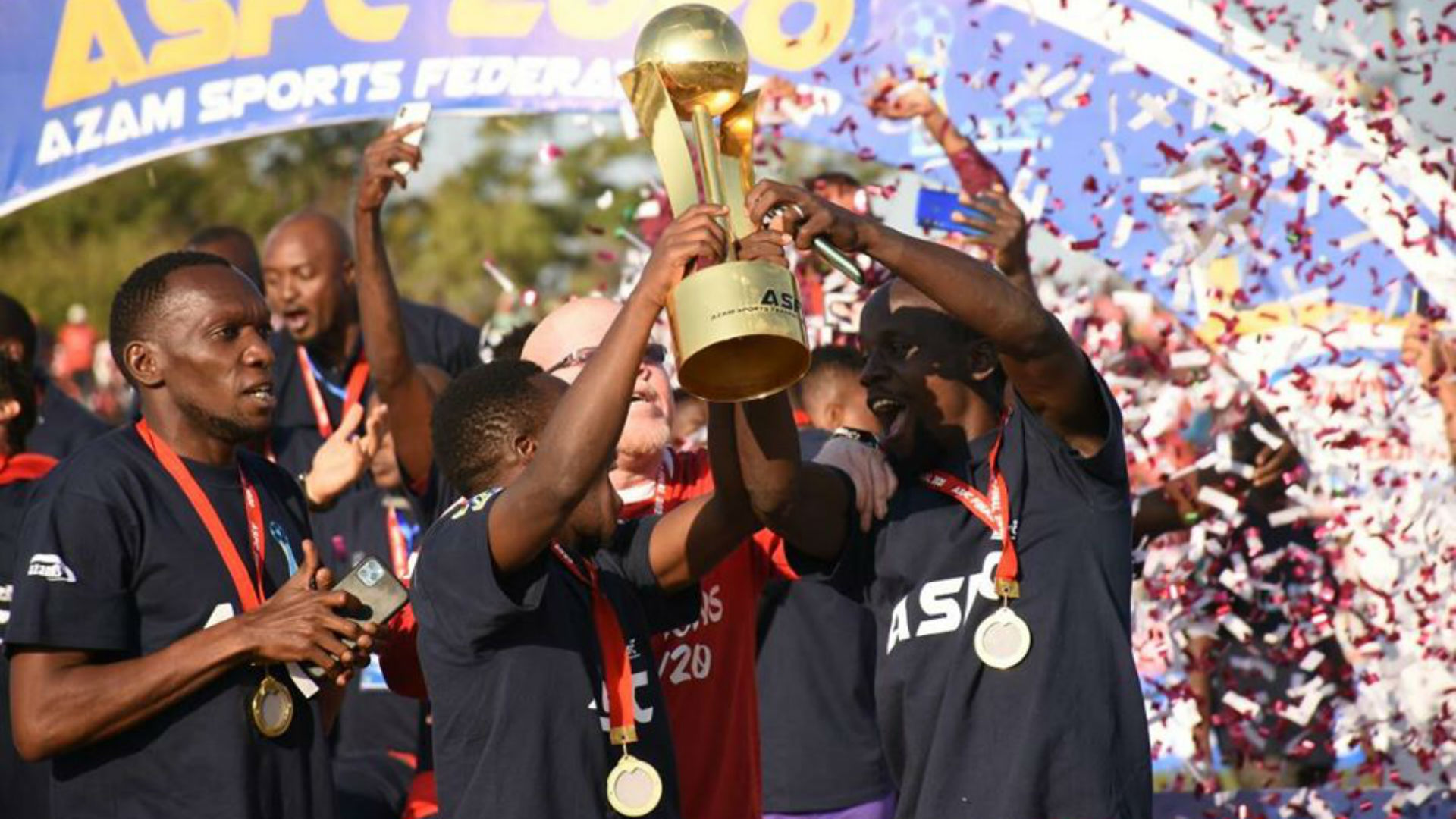 Wekundu wa Msimbazi floored Namungo on Sunday to bag their third trophy in the concluded season, prompting a taunting response from their midfielder

Simba SC midfielder Clatous Chama has taken to his Twitter account to taunt rivals after the Tanzanian giants won the FA Cup on Sunday.

It was Wekundu Wa Msimbazi‘s third trophy this season and the Zambian playmaker couldn’t resist the opportunity to lay a jibe on supporters of rival clubs.

“Community Shield, Premier League, [FA Cup]. How do you sleep when you know you are not a Simba SC fan? It is hard.”

How do you sleep when you know you are not a @SimbaSCTanzania fan❓It’s hard 🙄 pic.twitter.com/rxJl8RwlFn

The taunt, seemingly, is directed towards bitter rivals Yanga SC who finished the season empty-handed. The closest they came was the semi-finals of the FA Cup but fell 4-1 to their bitter rivals Simba.

For the Msimbazi-based side, the journey for success began at the beginning of the season when they defeated Azam FC 4-2 in the Community Shield which launched the 2019/20 season.

Simba had won the league while the Chamazi-based side won the FA Cup respectively in the previous season to set up the traditional curtain-raiser.

The second title for Sven Vandenbroeck’s charges came in the Tanzania Mainland League. Simba went on to finish the season with 88 points after taking 27 wins, seven draws and just four losses.

On Sunday, they completed the treble after defeating Namungo FC 2-1 at Nelson Mandela Stadium in Sumbawanga.

Captain John Bocco and Man of the Match Luis Miquissone provided the vital goals that ensured the Dar es Salaam side head back home as the champions.

After 35 minutes of failed attempts to break an otherwise tight Namungo backline, Simba finally got a hard-fought opener through Miquissone’s strike.

The Mozambican, who has proved to be an undroppable figure for Vandenbroeck, scored an important goal and further showed why his January signing was a masterstroke.

Shomari Kapombe delivered a swinging cross into the penalty box, but Bocco was denied the opportunity to strike as the opponents swarmed around him. However, as Namungo focused on Bocco, the ball fell into Miquissone’s path and the winger slotted home.

Bocco added the second goal four minutes after Miquissone had registered the opener, heading into the net and ensured Simba went into the break with a healthy 2-0 lead.