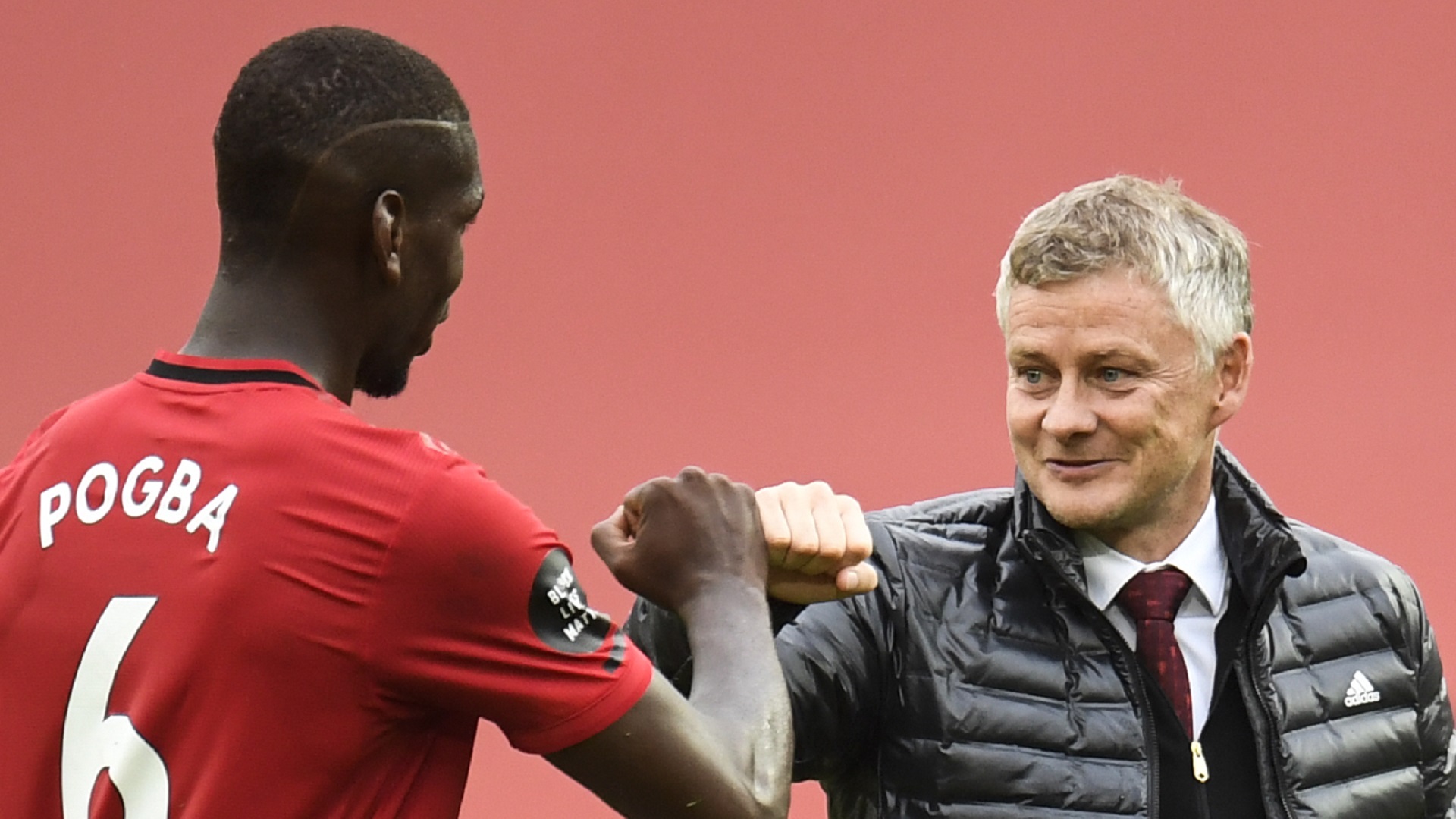 The midfielder has re-established himself at Manchester United, and his manager thinks it would be fitting for him to lift silverware

Ole Gunnar Solskjaer would love to see Paul Pogba lift the Europa League again with Manchester United after sensing the Frenchman is fully committed to the cause.

The Man Utd boss has decisions to make in a host of areas and admits it is hard to see how senior goalkeepers David de Gea, Sergio Romero and Dean Henderson can all stay with the club.

But Pogba’s status with the club has shifted so considerably that Solskjaer knows he can rely on the French midfielder heading into Monday’s quarter-final against Copenhagen.

There were previously question marks over the World Cup winner’s interest in staying at Old Trafford, but Pogba has once again become a central figure for his manager.

“He’s got to make up for lost time and he’s trying to do that. He’s training extra, he’s always a great personality in and around the place.

“Hopefully we can see him lift this trophy that he’s done before.”

Pogba was in the side that beat Ajax to win the 2016-17 Europa League, and next season a Champions League campaign awaits.

Solskjaer was speaking in Cologne, where Man Utd’s remaining games in Europe will take place this season.

He spoke in glowing terms of the progress made by Anthony Martial, saying the French forward has “made huge strides” and is “physically at the best level in his career”.

Solskjaer also addressed the prospect of playing behind closed doors when there are such high stakes at play, expressing his regret that the pandemic has made such steps necessary.

“I think it is strange and it’s not football as it should be,” Solskjaer said.

“That little bit of passion and that edge to the game is missing because the fans have got to be there.

“But I have to commend my players. They’ve handled the situation really well and I know our fans can’t want to get back to Old Trafford to support us.

“We have to make the most of this Europa League now – hopefully get as far as we can so they’re looking forward even more to seeing the players.”