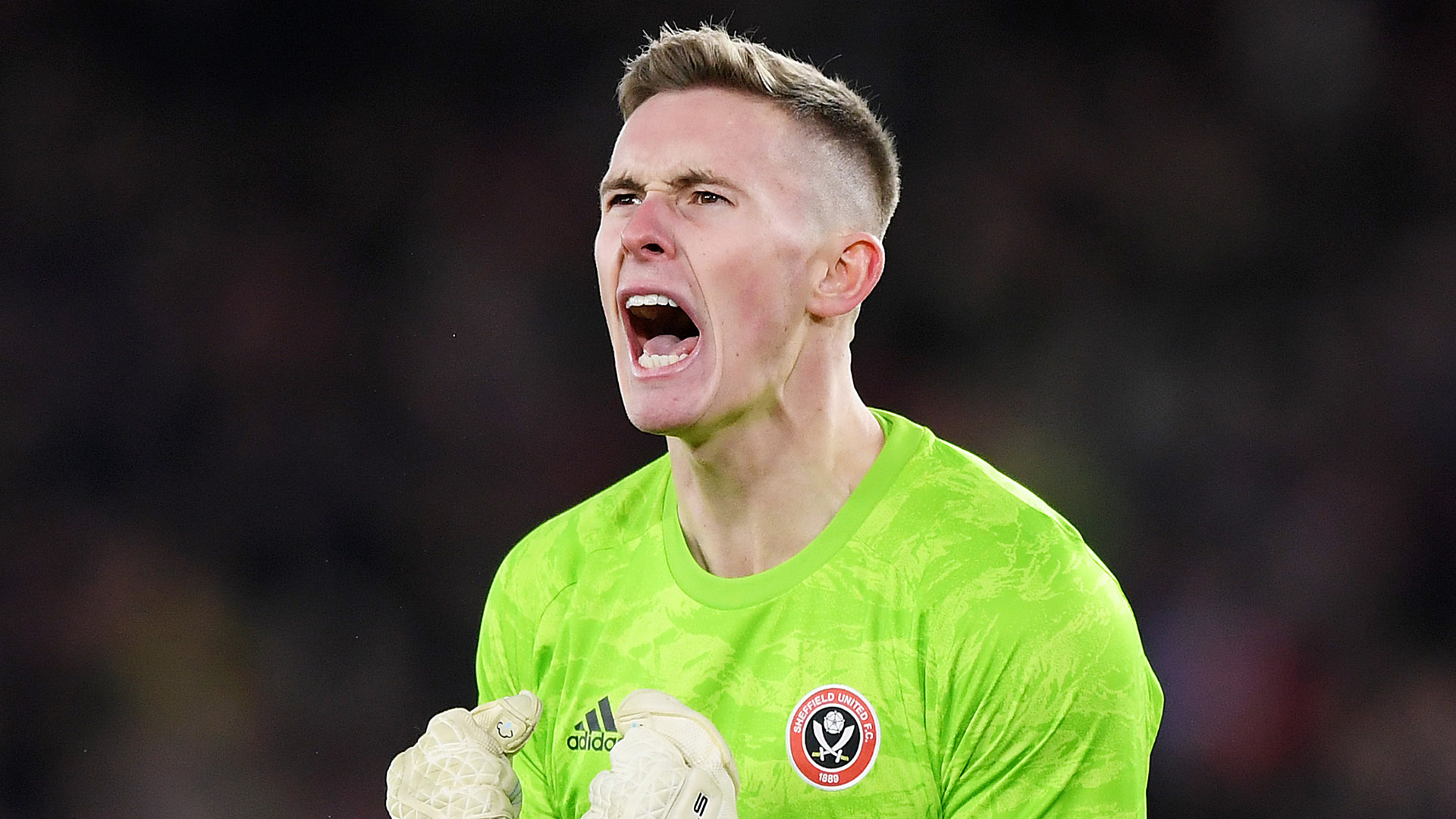 Sheffield United are still considering a loan move for Manchester United goalkeeper Dean Henderson despite being on the verge of completing a transfer for Aaron Ramsdale.

It is understood Chris Wilder is still interested in having the 23-year-old back next season, having spent the last two campaigns at Bramall Lane, and the club could submit a loan request to United next week.

The Blades are anticipated to complete the signing of Ramsdale from Bournemouth but the 22-year-old’s transfer has not led to the Yorkshire side dropping their interest in Henderson.

Henderson had another standout campaign, landing himself a nomination for Young Premier League Player of the year which was won by Trent Alexander-Arnold, and Ole Gunnar Solskjaer still has not made a decision over where the young goalkeeper will play next season.

It is understood Henderson only wants to return to Old Trafford if he is guaranteed to be first-choice and starting every week. However, Solskjaer has stayed committed to David de Gea, despite his recent mistakes, and the Spaniard spoke earlier this week about how he is confident of keeping the No 1 shirt.

“I trust in myself,” he said. “I showed my qualities all the years, so I just keep available for the manager. I’m always ready to play and try to help the team as always, as I did always.”

Chelsea have shown an interest in signing Henderson and the 23-year-old is keen to be at a club where he is guaranteed minutes with the rescheduled Euro 2020 set to take place next summer.

There have already been calls for Henderson to be Gareth Southgate’s first-choice for the tournament but he will need another impressive season if he is to nail down that position.

Solskjaer admitted he has a difficult decision to make with the goalkeeping department this summer. It is understood Sergio Romero is open to leaving and, should the Argentine leave, that would pose an even bigger dilemma for the United manager as to who would be his back up option.

“This season has shown how important Sergio (Romero) has been for us and for me David (de Gea) is always, always performing. We will see what we do for the rest of the season and going forward,” Solskjaer said. “It’s difficult, but it’s a nice problem to have.

“We have Dean (Henderson), Sergio (Romero), David (de Gea) in the ranks. Lee (Grant), the fantastic pro that he is, is backing them up.

“It will be difficult to keep three of them at the club, so we will see what the decision will be there.”