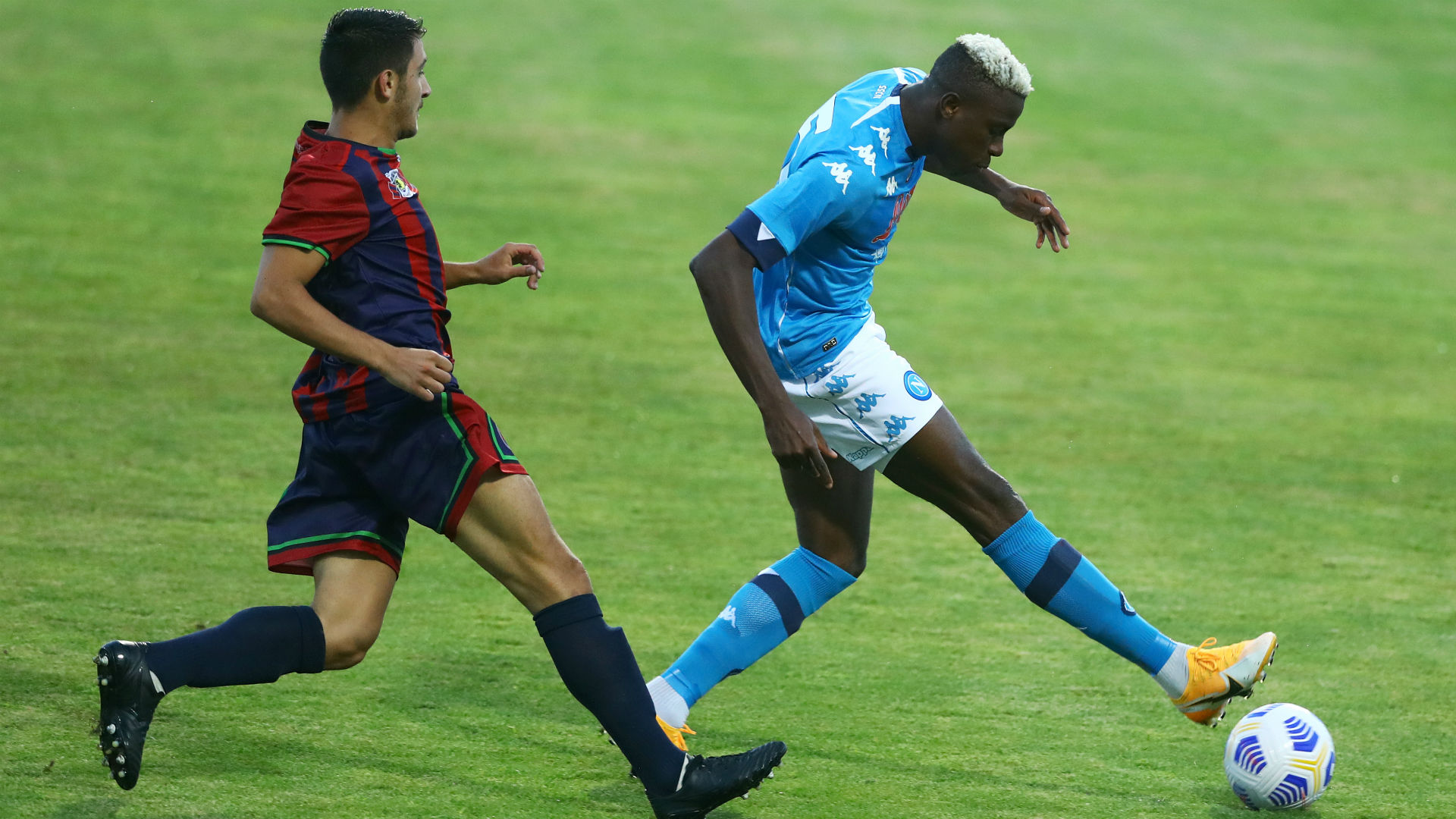 Victor Osimhen will do well at Napoli, according to his Super Eagles teammate Wilfred Ndidi.

The striker first moved to Europe in 2017 with Wolfsburg in the Bundesliga, before moving to Charleroi in Belgium, initially on loan and then in a permanent transfer.

He was hugely impressive in Belgium as he managed 36 goals in 37 appearances, earning him a €14m (£13m/$17m) move to Ligue 1, where his impressive scoring form earned him a move to Italy.

Nevertheless, his teammate at the Super Eagles has tipped him to shine for Gennaro Gattuso’s men, citing his enthusiasm to win as a key factor.

“Whenever Victor is in front [of goal], I also see the ‘ginger’ [enthusiasm]. So, I am very sure that he is going to do well,” Ndidi told NFF media.

“I say good luck to him. He is a great player, he has this energy of wanting to win and I pray God will protect him.

“It won’t be easy because it’s a new team, but I know he is going to do well.”

The 21-year-old is already showing football fans what he could be offering, having scored six goals in two pre-season encounters for the Italian giants.

His first treble came in the decimation of L’Aquila before finding the net thrice in the club’s 4-0 triumph over Serie C club Teramo.

He will spearhead Napoli’s attack next season as they compete in the Europa League having finished only seventh in Serie A.

For Andrea D’Amico – who is associate to Osimhen’s current representative William D’Avila – he claims the Nigerian’s battle for a place in Napoli’s starting XI alongside Dries Mertens. Andrea D’Amico will create healthy competition.

“It is clear that when you join an important team, there is always competition,” D’Amico told Radio Marte.

“Napoli have had many champions who have been able to coexist to create healthy internal competition. When you compete on many fronts, you need more roses.”