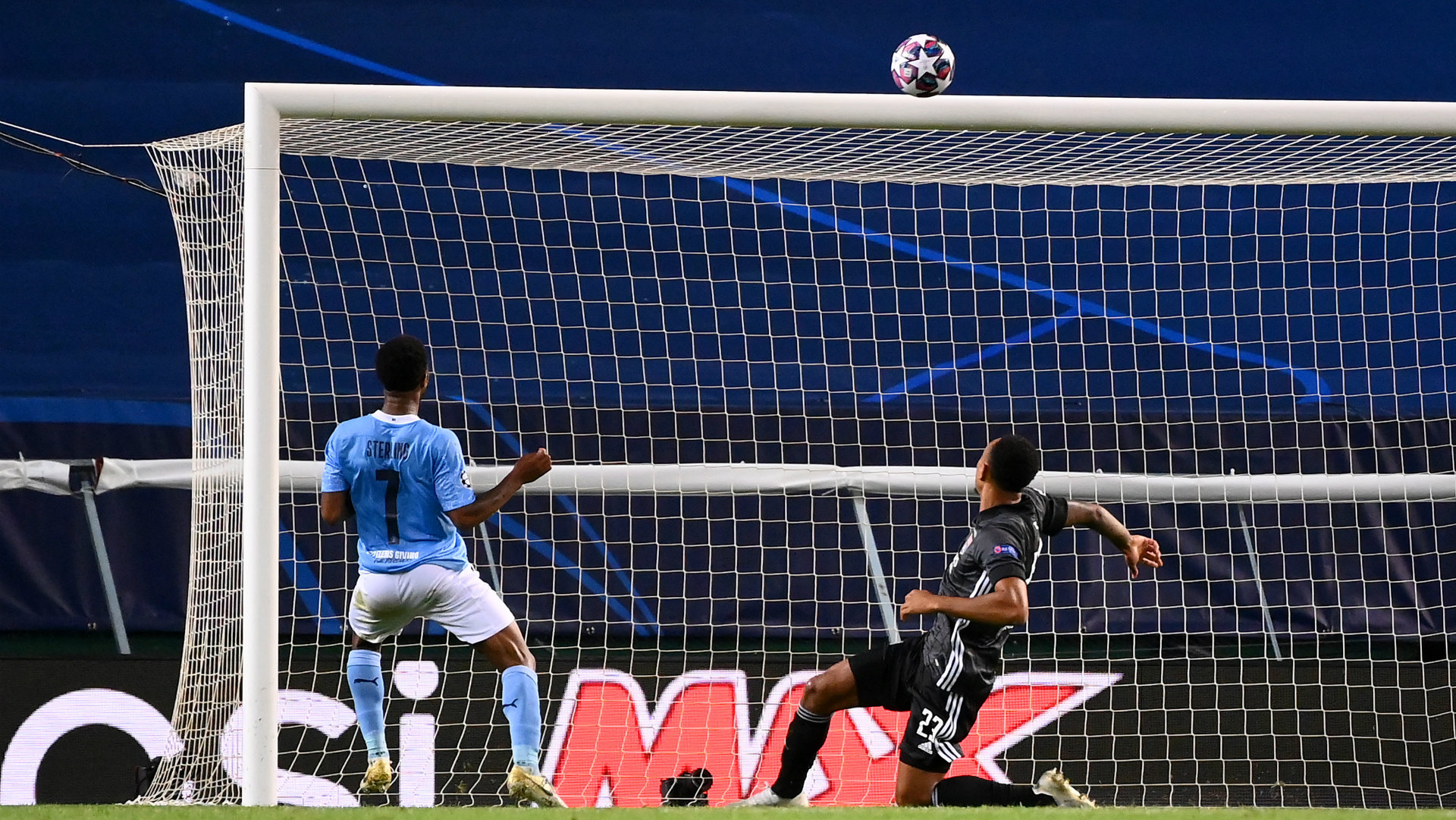 Both stars were at fault in a frantic final few minutes in Lisbon, to the delight of underdogs Lyon

Two costly blunders in quick succession from Raheem Sterling and Ederson cost Manchester City their place in the Champions League semi-final – and fans on social media lost no time in highlighting their contributions in a shock defeat.

Pep Guardiola’s men went into Saturday’s clash against Lyon as firm favourites to progress, with a last-four match against Bayern Munich on offer for the winners.

But it proved to be a torrid evening for the Premier League side, who found Lyon extremely tough customers throughout the 90 minutes.

Maxwel Cornet fired the Frenchmen ahead after 23 minutes, a lead they retained until deep into the second half when Kevin De Bruyne levelled the scores.

At that point City were the dominant team, but their hopes were finally crushed in a frantic finish to the match.

Moussa Dembele restored Lyon’s advantage with 11 minutes remaining, before City were handed a golden chance to equalise once more.

Somehow, though, Sterling blazed high and wide with the goal gaping, an error compounded seconds later by the usually rock-solid Ederson.

City’s keeper spilled a tame shot and Dembele stole in to net his second and Lyon’s third, sealing for the underdogs a memorable 3-1 victory and a place in the semis.

Both players will feel responsible for sending their side out of the competition – although Tottenham‘s Harry Kane, to judge from the immediate reaction from Twitter users, might just feel vindicated for his decision to ignore Sterling in England‘s 2018 World Cup match against Croatia.

That’s the only way I can explain that miss.

He knew Sterling would miss against Croatia.

He was right to shoot all along.

Harry Kane is sat in his living room shouting “THAT’S WHY I DIDN’T F*CKING SQUARE IT TO STERLING!”

Champions league football…… you gotta love it, from sterling missing an absolute sitter to 59 secs later your goalie making an howler and basically getting knocked out 😩😩 heartbreaking if you’re a Man City fan, makes Liverpool’s season even better 😜 #ynwa

Liverpool have just replaced the picture of the Premier League trophy on the Champions Wall at Anfield with a photo of that Sterling miss.

Raheem will get the blame for missing a sitter but Ederson should do so much better.

Lyon have been absolutely clinical.

Analysis will look at City result, not at the performance

Imagine this: Sterling scores, Ederson holds the ball instead of fumbling it, referee considers that someone who lets the ball pass between his leg is intervening in the move