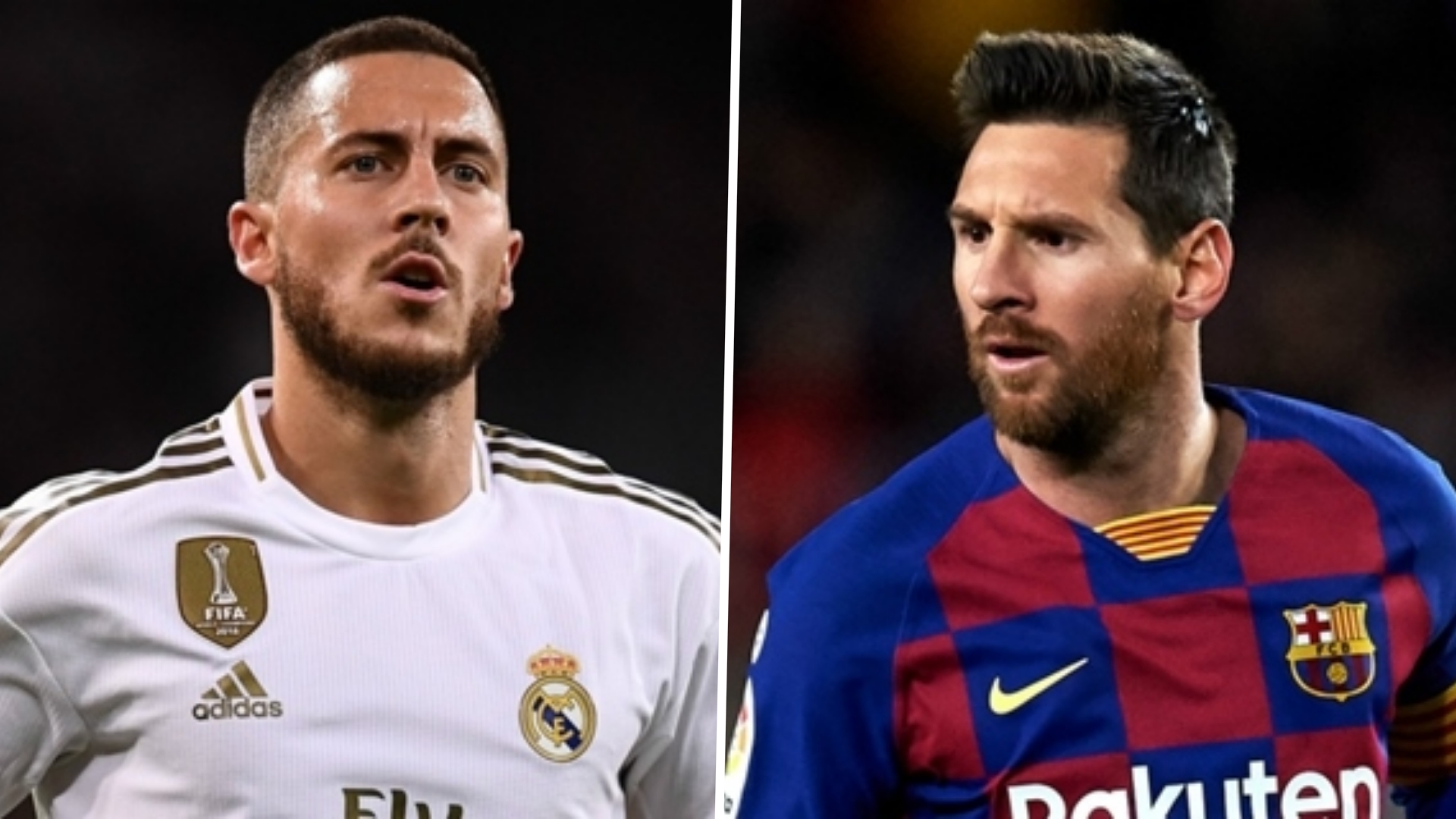 The best version of Eden Hazard has the forward sat “alongside Lionel Messi” in a global talent pool, claims Fernando Morientes, with Real Madrid expected to see the Belgian rediscover his spark in 2020-21.

Big things were expected of Hazard following a switch from Chelsea that had been mooted for some time, but form and fitness issues conspired against him.

Hazard has, however, shown that he is capable of operating at an elite level in the past and is being backed to hit those heights again if he can steer clear of the treatment table.

Morientes believes the 29-year-old can be as productive as six-time Ballon d’Or winner Messi when on top of his game and hopes to see all of Real’s leading lights shining when the defending Liga champions open their new campaign.

The former Blancos striker told reporters at a promotional event: “The best Hazard, the best Rodrygo, the best [Marco] Asensio or the best Vinicius accompanied by the responsibility and experience of [Karim] Benzema is a good starting point.

“This year’s signing was already made last summer (Hazard) because he’s not exploded yet, but if he’s at his best level he’s alongside Messi.

“Players from the academy could be important in the medium or long-term, too.”

With Hazard faltering last season, Real looked to others for inspiration.

French forward Benzema was the man to step up, with the 32-year-old registering 27 goals across all competitions – taking him to 57 across the two campaigns since Cristiano Ronaldo departed for Juventus.

Morientes added on the experienced frontman: “He showed he’s enough to command the attack because those around him weren’t at their best.”

Real, who enjoyed a stunning end to the 2019-20 campaign as they pipped Clasico rivals Barcelona to the Liga title, are set to open the defence of their crown when taking in a trip to Real Sociedad on September 20.

Zinedine Zidane will be hoping to have everyone raring to go by then, while there is also the chance that further sales could be sanctioned before the big kick-off – with Wales international Gareth Bale seemingly set to follow Everton new boy James Rodriguez through the exit doors.


Source link
2020-09-08
admin
Share
Previous Who will be relegated from the Premier League in 2020-21? The favourites, outsiders, underdogs & latest odds
Next ‘Barcelona need more than Messi’ – Eto’o happy to see Argentine ‘son’ staying at Camp Nou