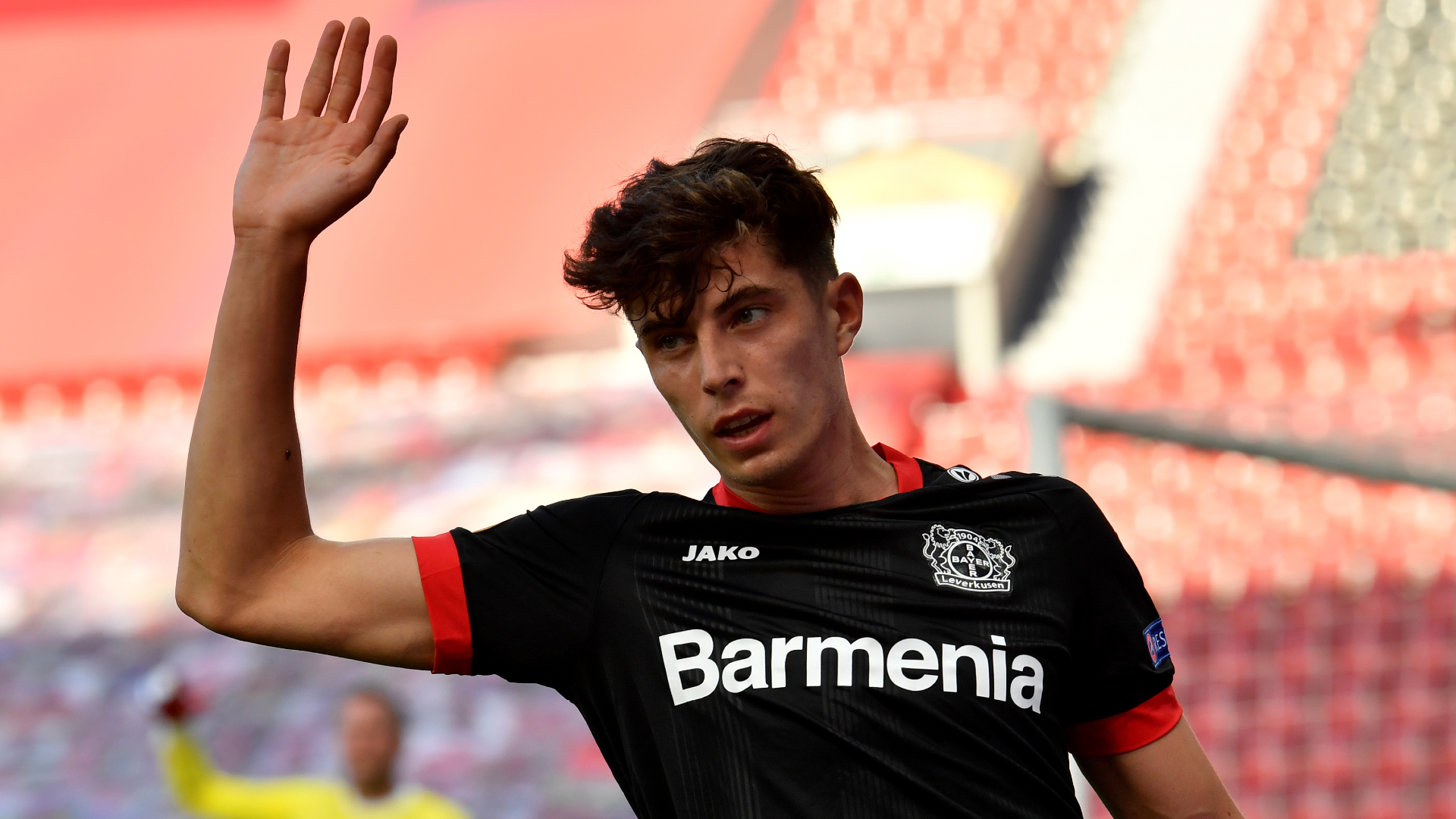 Leverkusen’s Europa League campaign came to an end on Monday, beaten 2-1 by Serie A side Inter in Dusseldorf.

Nicolo Barella and Romelu Lukaku had given Inter a commanding lead inside 21 minutes, before Havertz reduced the deficit three minutes later.

Havertz has been tipped to leave Leverkusen for Premier League giants Chelsea once the 2019-20 season has concluded, and Bosz was asked whether the Germany international had played his final match for the club.

Leverkusen are claimed to want £90 million ($115m) for Havertz, with Chelsea thought to be interested in a structured deal that starts at around £70m.

But the club’s sporting director Rudi Voller says any club wanting to buy Havertz must pay the asking price otherwise he will stay at the BayArena for another year.

Asked if Leverkusen have agreed to sell Havertz, Voller told La Gazzetta dello Sport : “No, but with his talent, it means he’s on the list of all the best clubs.

“We know of the interest of a couple of clubs, especially Chelsea, but for us, the situation is quite simple: he has a two-year contract, if anyone wants him on our terms, fine, otherwise he stays here another year and we are happy.

“It won’t be easy, but for an artist like him there is no COVID discount.”

Reflecting on Leverkusen’s Europa League exit, Bosz said: “We lost against a great opponent. We didn’t play well in the first 20 minutes and had problems dealing with Lukaku, then things improved and we thought that we’d turn it around. We could’ve done better and are disappointed.

“Marcelo Brozovic was allowed far too much freedom in the middle of the park and we had to make changes after those initial 20 minutes. As for Lukaku, he’s just too strong in one-on-one situations.

“We moved [Moussa] Diaby to the left, because they were pressing our wide men, and Diego Godin doesn’t like coming out from the back, so we had more space then to build.”