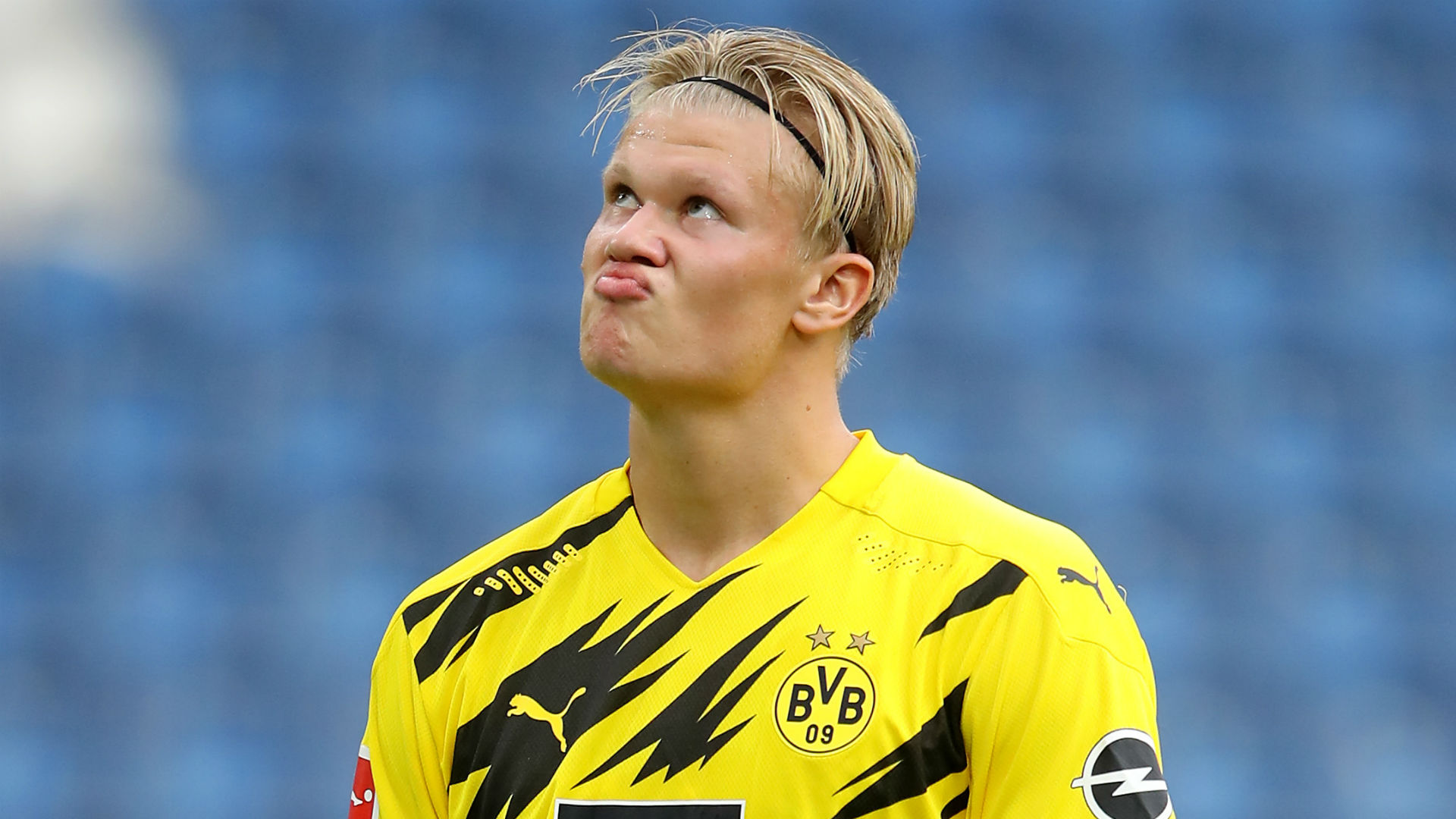 The highly-rated frontman is enjoying life in Germany, but ruling nothing out, and says he always intended to represent Norway at international level

Erling Haaland has left the door open for a future Premier League transfer, but the Norwegian frontman says representing England was never an option that he considered.

A man currently starring for Bundesliga giants Borussia Dortmund was born in Leeds during his father Alf Inge’s time at Elland Road.

Having gone on to forge his own professional career at the highest level, Haaland had options to weigh up when it comes to international football.

He has nailed his colours to Norway’s mast, with an opportunity to turn out for the Three Lions given little thought.

Quizzed by Soccerbible on whether England were ever an option for him, Haaland said: “I don’t think so, no.

“I really don’t know, I moved back to Norway when I was four years old, so I didn’t think about that too much. I’m Norwegian and I’m proud of it.”

While snubbing the chance to play for England, Haaland is open to the idea of playing his club football there.

A move to Manchester United was mooted before linking up with Dortmund and the ambitious 20-year-old striker admits anything is possible.

Haaland had several options to mull over when making a move to Dortmund, with clubs across Europe scrambling to secure his signature.

The Bundesliga is proving to be a good fit, with the confident youngster not one to let expectation weigh heavy on him.

“I always put a lot of pressure on myself, so that’s also been a natural thing,” he said.

“But pressure from a move? I try not to think about it too much. It’s a lot of pressure, of course. Dortmund is a big club. But that’s something that you have to live with.”

Haaland has been able to settle quickly at Dortmund as he forms part of an exciting young squad.

Jadon Sancho is one of his talented team-mates, with a man generating plenty of talk of interest from Manchester United considered to be another hot prospect that is destined to “reach the very top”.

Haaland said of his club colleague: “The levels of performance are so high and from the first second we just understood each other.

“Jadon is obviously a fantastic footballer and he can reach the very top.”